Charter a Private Jet to the F1 Italian Grand Prix

The old-school track, surrounded by trees just nine miles northeast of Milan, was built in 1922. It’s one of the fastest circuits in the Formula One lineup.

Despite – or because of – continued safety concerns, the circuit remains a favorite of fans looking for the thrill of an action-packed race. Formula One cars have been racing there since 1950.

Monza has a special place in the hearts of Ferrari-lovers. Fans of the car, made 125 miles away in Maranello, are called Tifosi. Wearing red, they fill the stands with roars as they cheer on their favorite drivers.

These fans join other Italians in calling Monza “La Pista Magica” (the magic track), a fitting nickname for the venue that has been said to encapsulate the sport of Formula One racing better than any other.

Wondering what it looks like to drive? Take a lap around the Autodromo Nazionale Monza with driver Nico Rosberg. In the race, drivers make 53 laps around the 3.6-mile circuit in the 307-mile race.

Ready to go? Paramount Business Jets can arrange a flight for you into any of the nearby airports, including:

Booking early has many advantages. Enter a few details below to start planning your private jet flight to the F1 Italian Grand Prix. 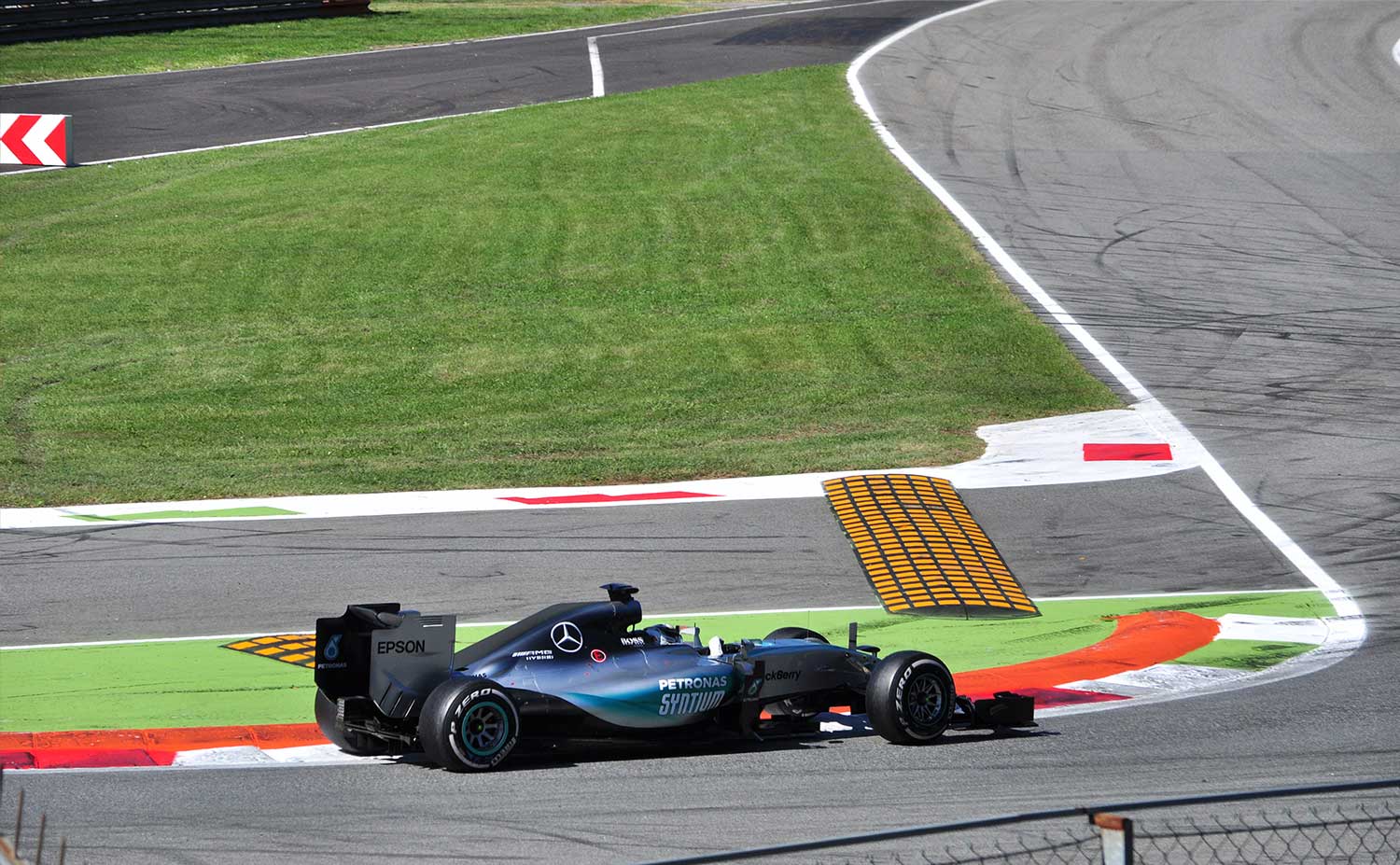 Things to do in Milan

Once the race is over, don’t forget all the other things to see while you are near the cultural city of Milan, including:

And, if you have some extra travel time, don’t miss:

By the way, if you can’t make it to the race, you can still experience the thrill of the Monza circuit. During the winter months, Autodromo Nazionale Monza offers visitors 30-minute periods in which they can drive their own cars around the track. It doesn’t come cheap, however. A 30-minute period costs $5,000.

Picture Credit: By Craig Dennis from England [CC BY 2.0], via Wikimedia Commons