Paramount Business Jets provides the safest private jets at the best prices for all private aircraft charter services to and from Malpensa Airport.

Milan Malpensa Airport is an international airport that is open 24 hours a day. The airport, the largest of three in Milan, is located about 24 miles (38 kilometers) northwest of central Milan and 17 miles (28 kilometers) south of the Swiss border, at 21010 Ferno, Province of Varese, Italy.

Private jets available for charter to and from Milan Malpensa Airport include the Citation CJ2+ and Hawker 400XP light jets, the Gulfstream G150 and Learjet 60XR midsize jets and the Gulfstream IV and Challenger 850 large jets.

The amenities at Milan Malpensa Airport include an array of shops and restaurants, concierge services and exclusive lounges. Private jet charter flyers at the airport can also get vehicle-to-plane ramp access and luxury ground transportation services.

Private Jet Charter to and from Malpensa Airport

Milan Malpensa Airport, which is located about 30 miles northwest of Milan’s business center, is the largest international airport of the four located in the Milan metropolitan area in northern Italy.

It is not the closest airport to Milan – Milan Linate is – but it is the busiest. In fact, it is the second most important airport in Italy after Fiumicino Airport in Rome.

Located in the province of Varese, Malpensa serves about 22 million passengers a year, including those from nearby Switzerland.

While Milan has become synonymous with haute couture – it is considered one of the Big Four fashion cities of the world – many elite flyers charter private jets into Milan because it is the home of Italy’s national stock exchange. The second largest city in Italy, after Rome, Milan is the country’s financial hub.

It is easy to charter a private jet to the other airports in Italy or anywhere in the world at Malpensa.

What is the airport code for Milan Malpensa International Airport?

The ICAO code for Milan Malpensa Airport is LIMC and its IATA code is MXP.

Customs, immigration and quarantine clearance is required for arrivals and departures from and to countries outside the European Union.

Since Milan Malpensa has no dedicated general aviation terminal (general aviation shares space in Terminal 2 with EasyJet), clearance must take place in the respective FBO offices in that terminal. During busy hours, clearance can take up to a half hour so it is recommended that you request fast track clearance in advance. That will eliminate wait times. 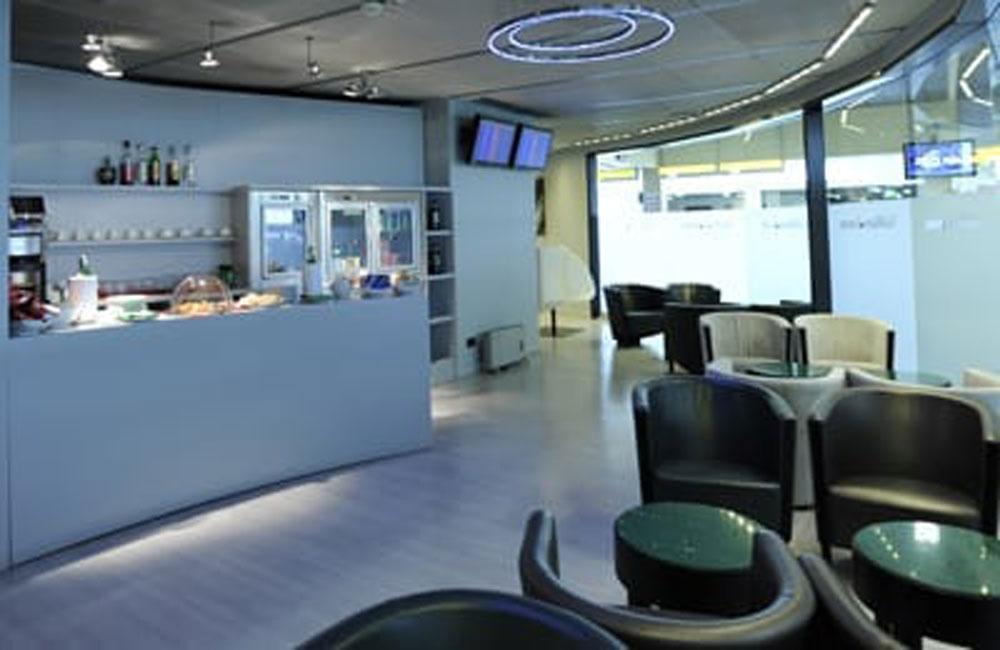 Universal Aviation, which has FBO and ground support locations in 20 countries, is the other of the two FBOs at Milano Malpensa Airport. It has facilities at three other airports in Italy, Milan Linate, Rome Ciampino and Venice Marco Polo.

It was the first company in Italy dedicated to business and general aviation and credits its success to listening to customers and offering the flexibility they want.

There are no conference rooms or direct ramp access available for Universal customers at Milan Malpensa. Amenities include:

There are many reasons to rent a private jet into Milan Malpensa Airport but perhaps none as well known – and busy – as Milan Fashion Week. It draws many general aviation and private jets.

Milan Fashion Week, which was first held in 1958, is part of the Big Four fashion weeks held around the world every year. Twice a year, Milan joins New York, London and Paris to unveil designers’ lines of collections, one for spring and summer fashions, the other for fall and winter.

The spring/summer show is held in late September; the fall/winter show in late February.

Tourists flock to the city – many by chartering private jets into MXP -- as more than 40 shows each season are presented on runways in the elegant venues, including palaces.

During the fashion weeks, there is high demand for private jet parking and crew accommodations. Because so many people charter private jets into Milan Malpensa for the fashion events, it is recommended that you make arrangements as soon as possible. Malpensa and Linate are the preferred – and busiest -- Milan airports. They both operate 24/7.

Malpensa (LIMC) is the best airport to use if you have a very large aircraft. Malpensa can handle any size aircraft overnight. (While Linate restricts overnight parking to aircraft no larger than a Boeing 737-900.)

Even though LIMC has no dedicated general aviation apron, general aviation parking is rarely an issue. By the way, you can arrange (unarmed) airport guards for your aircraft with advance notice. Another plus is that most LIMC parking stands do not require push backs.

Fuel is available 24/7 but you might want to avoid the peak refueling periods of early morning and late evening when there can be refueling delays of up to 40 minutes.

Once on the ground, your FBO can arrange transportation to get to Milan Fashion Week. Most private jet flyers arrange a car with a driver.

All passengers and crew arriving from outside the Schengen region must present passports with validity of at least 90 days beyond intended departure.

Crew members of chartered private jets into Milan Malpensa do not require visas for Italy if they have valid passports and IATA-approved crew IDs.

Other elite events in Milan

The Concorso d’Eleganza Villa d’Este draws millionaires and billionaires to see some of the world’s rarest and most valuable historic cars.

First held in 1929, the heyday of aristocratic cars, it has become a tradition for the rich and famous.

The Concorso d’Eleganza Villa d’Este owes its place atop the world’s prestigious historic car shows to its elegance, its storied tradition and its location at the beautiful Grand Hotel Villa d’Este on the shores of Lake Como.

The prestigious event is about much more than cars. The participants and aficionados in attendance, the surrounding gardens, the buildings of the Villa d’Este and Villa Erba and Lake Como give the event an air of aristocracy not felt at other car events.

It is held at the end of May with more than 50 historic cars, built between the 1920s and 1980s, on display. Lake Como is about 50 miles from Milan Malpensa Airport.

Considered by many to be the high society event of Milan, opening night takes place every December 7, in honor of St. Ambrose, the patron saint of Milan.

It marks the beginning of a season of drama, symphony and elite crowds that runs through May.

Visitors can rent a private car or limousine or take the 39-minute train ride from Malpensa to La Scala.

Teatro alla Scala, as the Italians call it, has great historical and social importance to Milan and the entire international opera community. A short documentary made in association with The Guardian will help you understand the history and elegance of the famous La Scala Theater.

If you are chartering a private jet into Milan, the one touristy must-see is The Last Supper by Leonardo da Vinci in the Cathedral of Santa Maria Nascente, which the Milanese call “Il Duomo.” With a capacity of 40,000, it is one of the largest churches in the world.

The Last Supper is a true mural, painted directly on the wall of the church by Leonardo da Vinci in 1494-1498. To help preserve the painting, which represents the last meal Jesus had with his disciples, only 25 people at a time are allowed in the dining hall of the former Dominican convent where it is located.

Its massive size reflects its massive appeal. It is 15 feet tall and 30 feet wide.