Every year on the Tuesday before Ash Wednesday, Mardi Gras, a party like no other, takes over New Orleans.

Masked revelers dressed in purple, gold, and green hit the streets to watch parades, drink Hurricanes, get wild and beg for beads. The date of Mardi Gras is different from year to year, but it is always 47 days before Easter, which is the first Sunday after the first full moon of the vernal equinox (first day of spring).

Can’t make it for Mardi Gras Day? No problem, there are parades and celebrations for weeks leading up to it. In fact, the Feast of the Epiphany, Jan. 6, is actually the official start of the season.

It’s nearly impossible to get a commercial flight into New Orleans any time near Mardi Gras – more than a million people converge on the city for the festivities – but don’t worry. Paramount Business jets can arrange a private charter into many airports in or near New Orleans, including:

Booking early has many advantages. Enter a few details below to start planning your private jet flight to the Mardi Gras.

Here are some tips if you are heading to Mardi Gras: 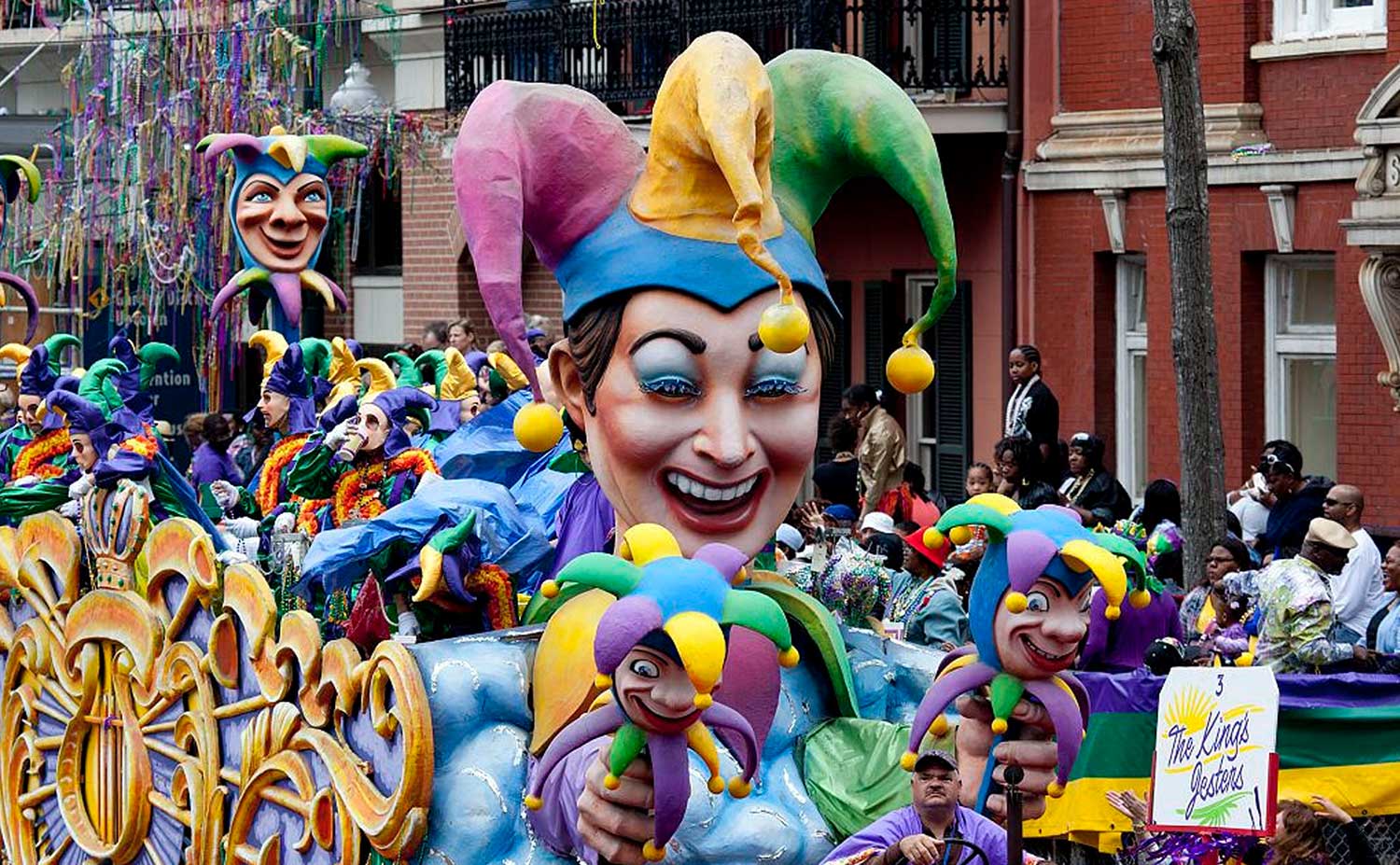 Not to miss when you visit New Orleans: