Charter a Private Jet to the Street Parade in Zurich

The Street Parade in Zurich is unlike any party you’ve ever seen. Close to a million people come to dance in the streets at the electronic music festival that celebrates love, peace, tolerance and freedom.

If you’d like to be among the masses dancing around the Lake Zurich basin at the Street Parade, Paramount Business Jets can arrange a flight for you into any airport in the heart of Europe, including:

Booking early has many advantages. Enter a few details below to start planning your private jet flight to the Street Parade in Zurich.

It’s a techno music festival with loud, very loud techno music, and all different sorts of people in the streets to enjoy it.

A rave of sorts, you might meet people from a dozen different countries in an hour. The crowd is mostly young adults, but there are older and younger people there, too.

Despite the crowds, the Street Parade continues to be one of the safest mass events in the world, likely because of its underpinnings of peace and tolerance.

The 2.5-mile route on the scenic Lake Zurich starts around 1 p.m. at Utoquai in Seefeld. From there, the party moves around the lake until it gets to Hafendamm Enge, where the biggest crowds gather.

The driving beat of the music comes from seven stages along the route and 30 brightly colored trucks called Love Mobiles.

It’s tough to understand the enormity of the event unless you see it from the air like in this video from 2013.

Among the during- and after-parties is the legendary “Lethargy,” which has a large lineup of its own, in the Roten Fabrik, a former factory that is now a music venue. 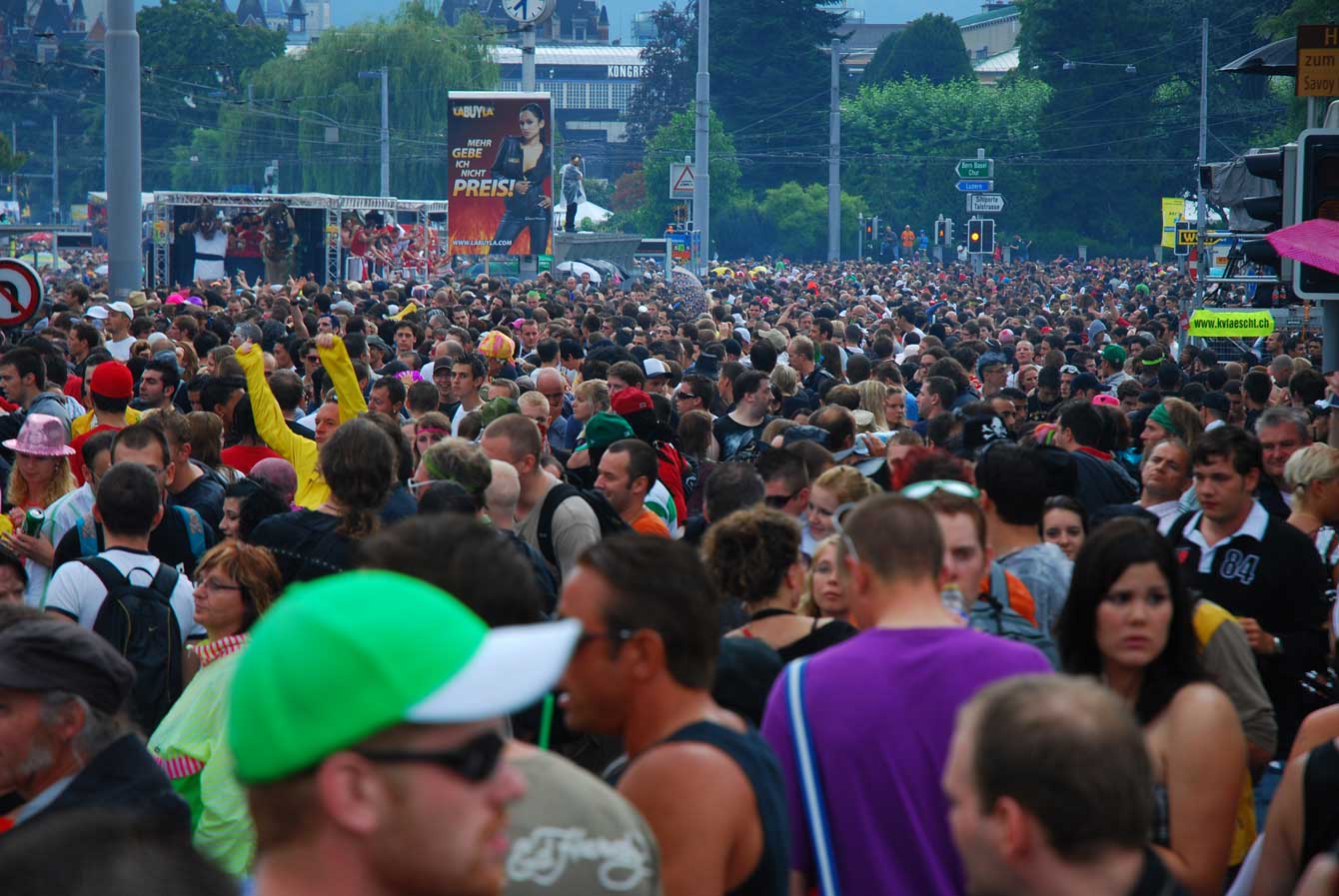 In 1992, Marek Krynski, now a 47-year-old banker and father of four, was a college student who witnessed the growing popularity of house and techno music. It used to be only heard underground, but it was coming to the mainstream.

He asked the city to authorize a “demonstration in support of love, peace, freedom, generosity, and tolerance.” Once he got the approval, he went to work. Street Parade was born.

What Else To See In Zurich