Paramount Business Jets provides the safest private jets at the best prices for all private aircraft charter services to and from New Orleans, Louisiana. 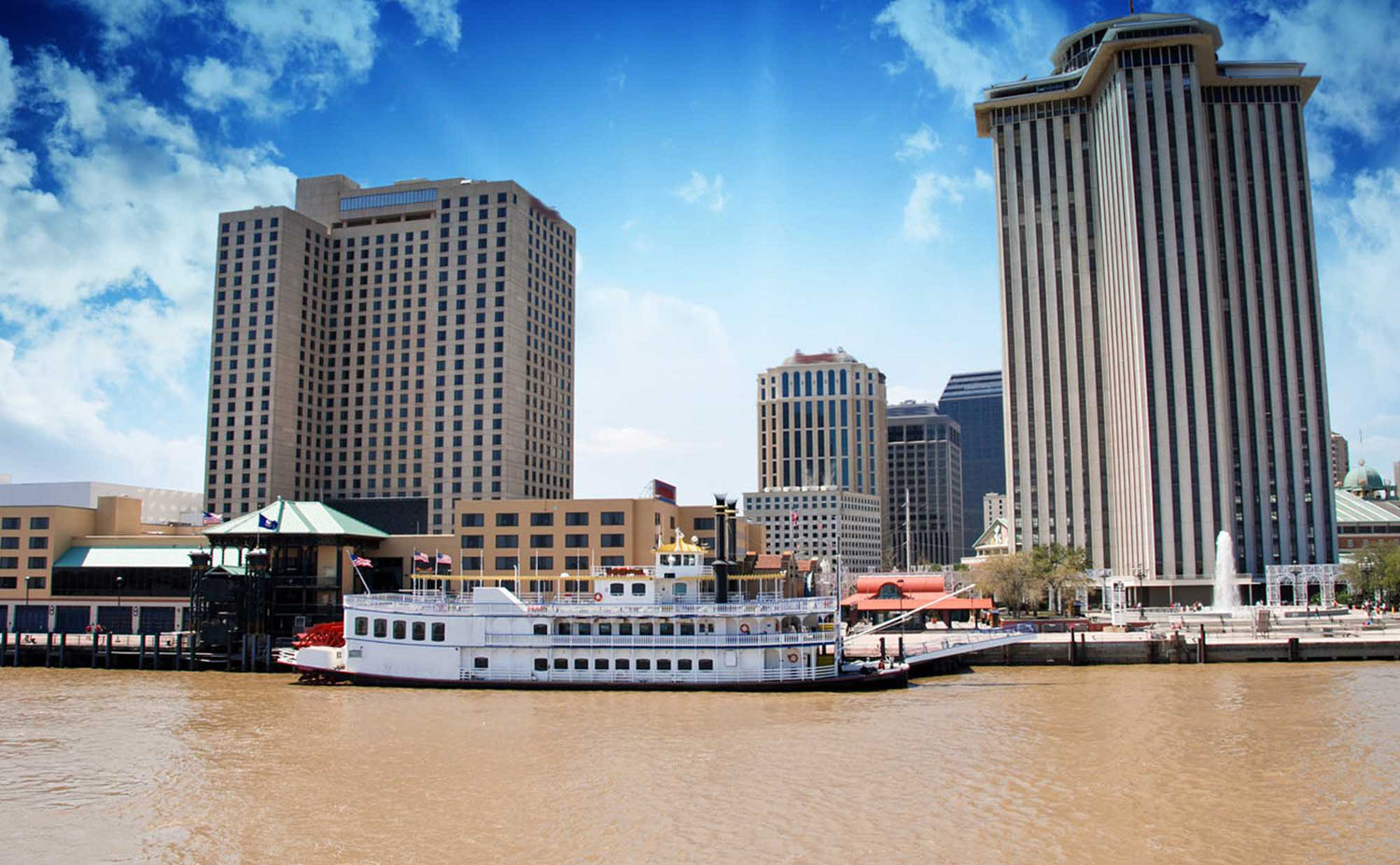 1 Jet Currently Based Near New Orleans

Popular aircraft selections in New Orleans include the Citation CJ2 and Citation Ultra light jets; the Hawker 800XP, Learjet 60 and Citation Sovereign midsize jets; and the Falcon 2000, Gulfstream IV and Challenger 600 large jets. We also have access to turboprops and VIP airliners such as the Boeing Business Jet.

There are five airports that are 13 miles or less from downtown New Orleans, including the Louis Armstrong International Airport (MSY), which is 12 miles away; Lakefront Airport (NEW) and Southern Seaplane Airport (65LA) are the closest at 7 miles away; Alvin Calendar Nas Airport (NBG) and St. Charles Airport (LS40) are about 10 miles away.

Paramount Business Jets will customize your luxurious private jet flight into or out of New Orleans. From five-star facilities and gourmet cuisine on board to luxury ground transportation and top-notch concierge services, all the details of your flight will be arranged and customized for you by the aviation experts at Paramount Business Jets.

Our expert pilots will make your flight safe and pleasant. They have certified flying hours that far exceed the minimum standards required by the FAA and are extremely familiar with your particular aircraft. You can sit back and relax knowing that the entire staff and crew are dedicated to your comfort and safety.

If you don’t need a large jet for your private charter, we also offer affordable turboprop and smaller jet travel services. Regardless of which travel option suits you the best, it will be provided with extremely competitive low rates and a price match guarantee by our aviation experts at Paramount Business Jets.

For more information or price quotes, call us at +1-877-727-2538 or email us at charter@paramountbusinessjets.com.

How much does it cost to charter a private jet to or from New Orleans?

The cost of renting a private jet to or from New Orleans, will depend on which aircraft you choose, how far you need to travel and how long you plan to stay. We will arrange the right aircraft based on your comfort level, non-stop range, total passengers, amount of luggage and the minimum runway required.

Which Aircraft Category is Best for my Charter Flight to New Orleans?

Choosing the ideal aircraft for your New Orleans private jet charter is based on your comfort level, non-stop range, total passengers, the amount of luggage, as well as, the minimum runway required.

Private Jets and Helicopters Available for Hire Near New Orleans

Whether taking a private jet into New Orleans for Mardi Gras, the Jazz Festival, the Sugar Bowl, a New Orleans Saints game or just to stroll through the French Quarter to listen to jazz and blues and eat the greatest food on earth, you are sure to fall in love with “Crescent City.”

The French Quarter, the Vieux Carré, is the historic heart of the city that was built on a sharp bend, or crescent” in the Mississippi River.

Located right on the banks of the Mississippi River, New Orleans actually sits about 30 feet  below sea level and uses levees and floodwalls to keep the mighty river from overflowing. New Orleans has rebounded since Hurricane Katrina breached those levies in 2005.

A favorite time to visit New Orleans is during Mardi Gras, the wild celebration before the solemn, fasting period of Lent begins. Bourbon Street, the main street in the French Quarter, is the epicenter of the party but beads rain down from float krewes as parades take place all over the city.

The Jazz Fest, held at the end of April, is another reason millions come to visit. What began in 1970 on Congo Square as a way to celebrate the music and culture of New Orleans has grown into such a huge event that it was moved to the fairgrounds and is held over two weekends.

Plenty of private jet A-listers come to New Orleans for the Sugar Bowl, so named because it’s on the site of an old sugar plantation. It’s played in the New Orleans Superdome, the home field of the New Orleans Saints and the Tulane University Green Wave.

Must see and do when in New Orleans:

The French Quarter: It’s like a city within a city. Narrow streets are lined with everything from world-famous restaurants to voodoo shops.

The Garden District: Take the streetcar up St. Charles Avenue to see the historic mansions along the route to Tulane University.

Listen to the blues: At Tipitina's or any of the countless bars and music venues.

Eat iconic food: Make sure you get a muffuletta – a cold-cut sandwich swimming in olive tapenade -- from the Central Grocery and beignets and café au lait from Café Du Monde.

There are as many places to get great shrimp creole, jambalaya and shrimp po’ boys as there are places to listen to great music.