Charter a Private Jet to the London Marathon

Every spring, tens of thousands of runners make their way around the Thames River in the London Marathon.

If you are a runner or want to watch a runner in the marathon, Paramount Business Jets can arrange a charter flight for you into any nearby London airport, including:

Booking early has many advantages. Enter a few details below to start planning your private jet flight to the London Marathon.

When was the first London Marathon?

How are participants chosen?

Since many more runners apply than can be accommodated, lucky participants are selected in a random lottery. Runners sign up over a pre-determined time period months before the actual race. In 2016, 247,000 signed up for about 38,000 slots. There are actually places for about 50,000. The balance of the runner slots are for those running for charity.

Is the race a big charity event?

Absolutely. The London Marathon Charitable Trust uses money raised – more than $80 million in the 35 years the race has been run – to provide grants to recreational projects in London and surrounding areas.

In addition, runners competing for the charities of their choice have raised more than $1 billion.

How many are first-time marathoners?

More than 135,000 first-timers applied to run in 2016. That’s considered a victory by marathon promoters who see the race as a way to increase interest in the sport of marathon running.

How many runners are women?

About 42 percent of the applicants in 2016 were women. 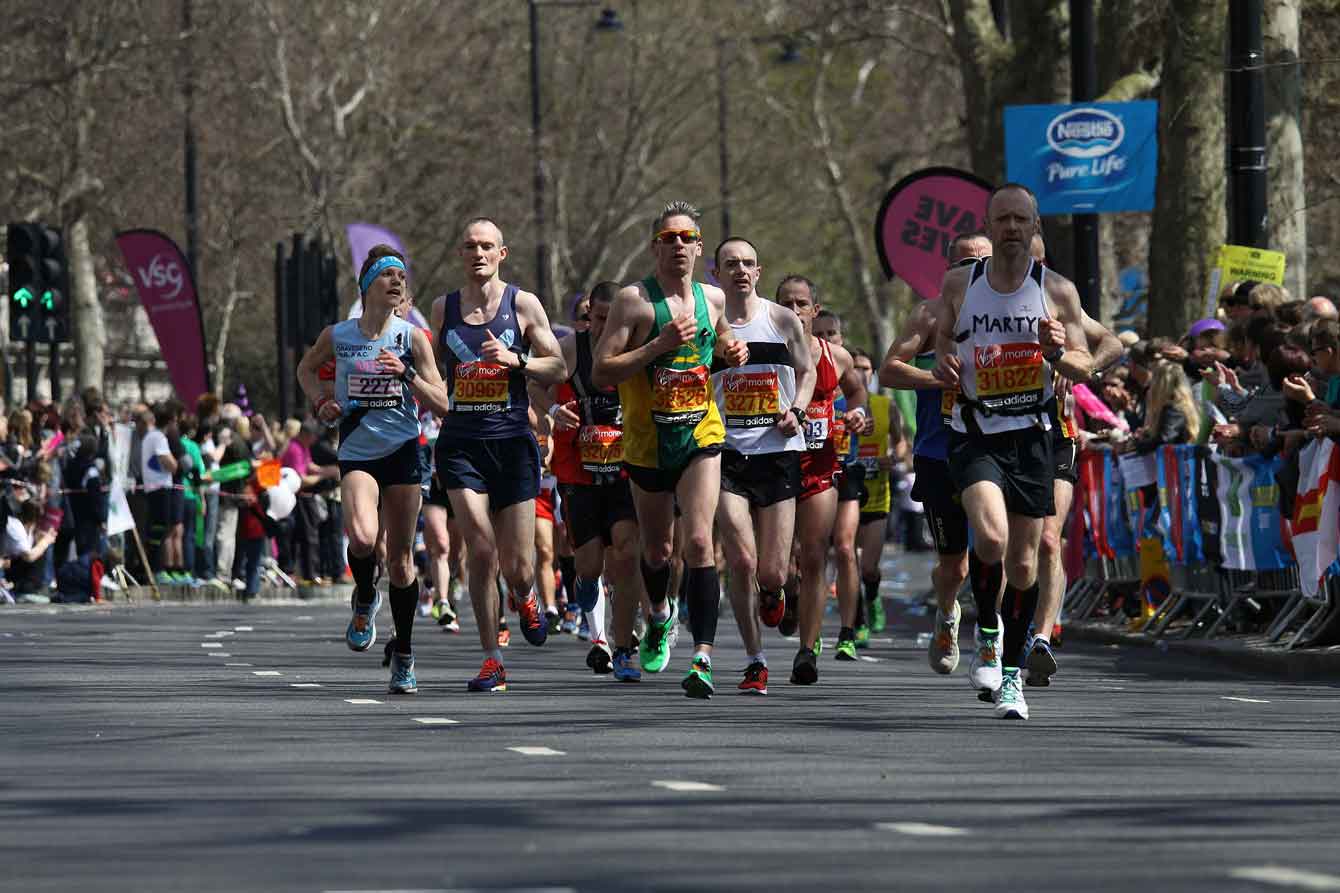 Runners of the 2013 London Marathon

Adventure journalist Tobias Mews, who has run in more than 30 marathons, including six in London, wrote a story for the London Telegraph detailing the 10 things a runner should know before the marathon. So, out of the horse’s mouth, here are some valuable tips:

There are good viewing spots and places to avoid for the million spectators expected to watch the race.

These downloadable maps will help you find the best places to watch the 26-mile flat course race around the Thames River.