In the 24 Hours of Le Mans race, it’s not just about how fast the cars go, it’s about how far they go.

It’s a test of endurance as drivers strap on helmets that weigh more than 60 pounds and sit in cars in which the temperature can be over 100 degrees to drive more than 3,000 miles in a single day.

Each of the 50-some cars in the race has a team of three drivers who take two-hour turns around an eight-mile circuit that links three French towns southwest of Paris.

If you want to go to Le Mans in a style worthy of King Henry II of England who is said to have been born in the city’s Old Town, Paramount Business Jets can arrange a charter flight for you into any nearby airport, including:

Booking early has many advantages. Enter a few details below to start planning your private jet flight to the Le Mans 24 Hour Race.

The 24 Hours of Le Mans is the oldest and largest round-the-clock endurance race in motorsports. Hundreds of thousands of people annually descend on this historic region of France to watch.

It joins the Indianapolis 500 and the Monaco Grand Prix to form the Triple Crown of Motorsport. Le Mans, however, differs in that it focuses more on the reliability and fuel-efficiency of the cars more than on their speed. But, don’t think that speed doesn’t matter. Of course, it does. But the cars have to be built to last and spend as little time in the pits as possible. 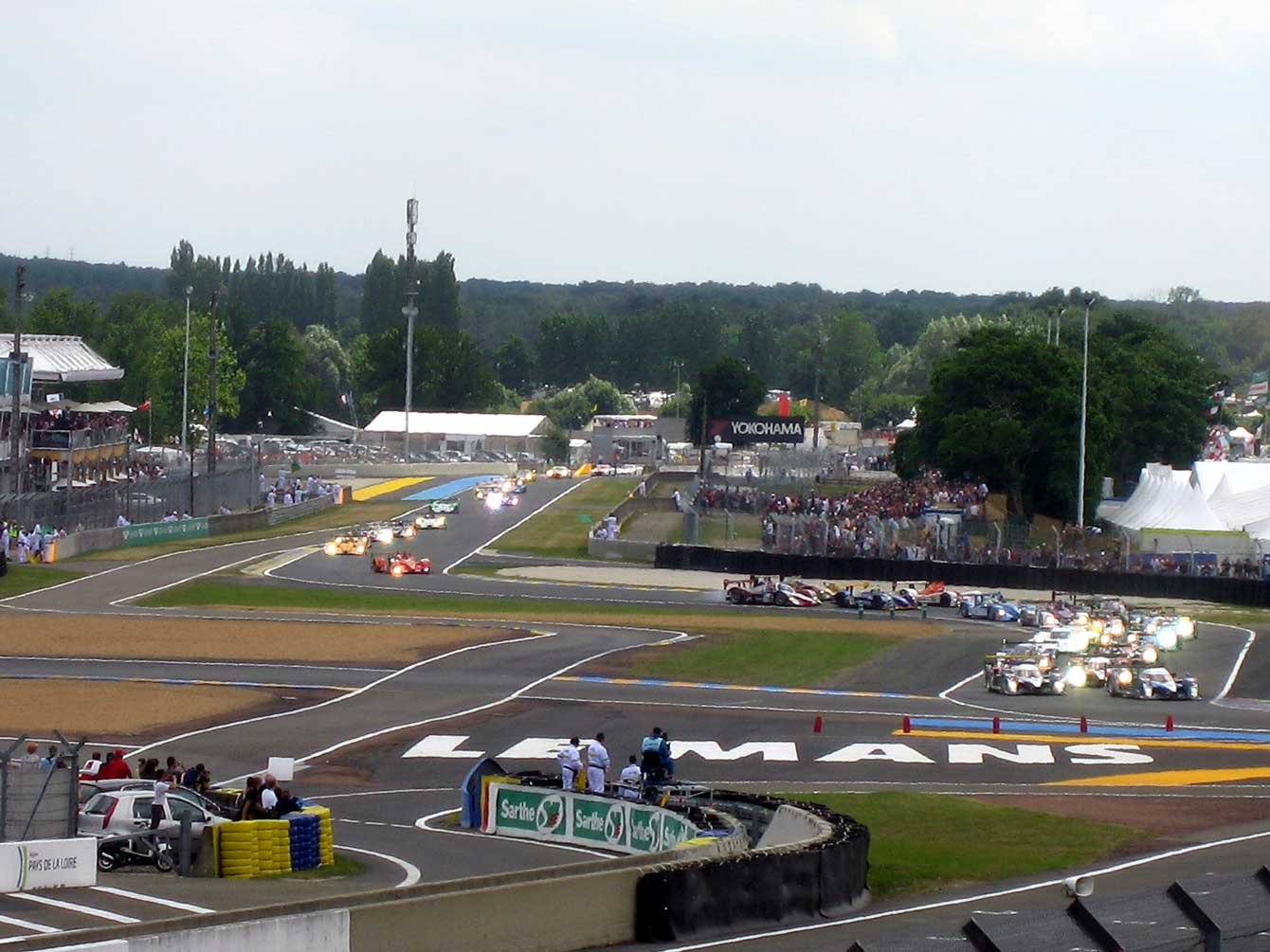 The Le Mans, run on a circuit that is part track, part city streets, was first run in 1923 on public roads around Le Mans.

Here’s a bit of interesting trivia about the race: It was the first race after which the winner sprayed champagne instead of drinking it. It was 1967. Dan Gurney and A.J. Foyt were on the winners’ podium when someone handed Gurney a bottle of champagne. Wanting to share the celebration with the car’s owner as well as to get back at the sports writers who had predicted disaster for the high-profile team, Gurney shook the bottle and sprayed it into the crowd.

Things To Do And See In Le Mans