Charter a Private Jet to the Indianapolis 500

In 1911, Carl Fisher, the 37-year-old tough-talking, risk-taking founder of the Indianapolis Motor Speedway, and his partners decided to clear the track of all its little races and replace it with one spectacular annual event.

A 500-mile, almost seven-hour race in which cars zoom around the 2.5-mile circuit from mid-morning to late afternoon. The public loved it.

If you’d like to go to the 100th running of the Greatest Spectacle in Racing, Paramount Business Jets can arrange a charter flight for you into any nearby airport, including:

Booking early has many advantages. Enter a few details below to start planning your private jet flight to the Indianapolis 500. 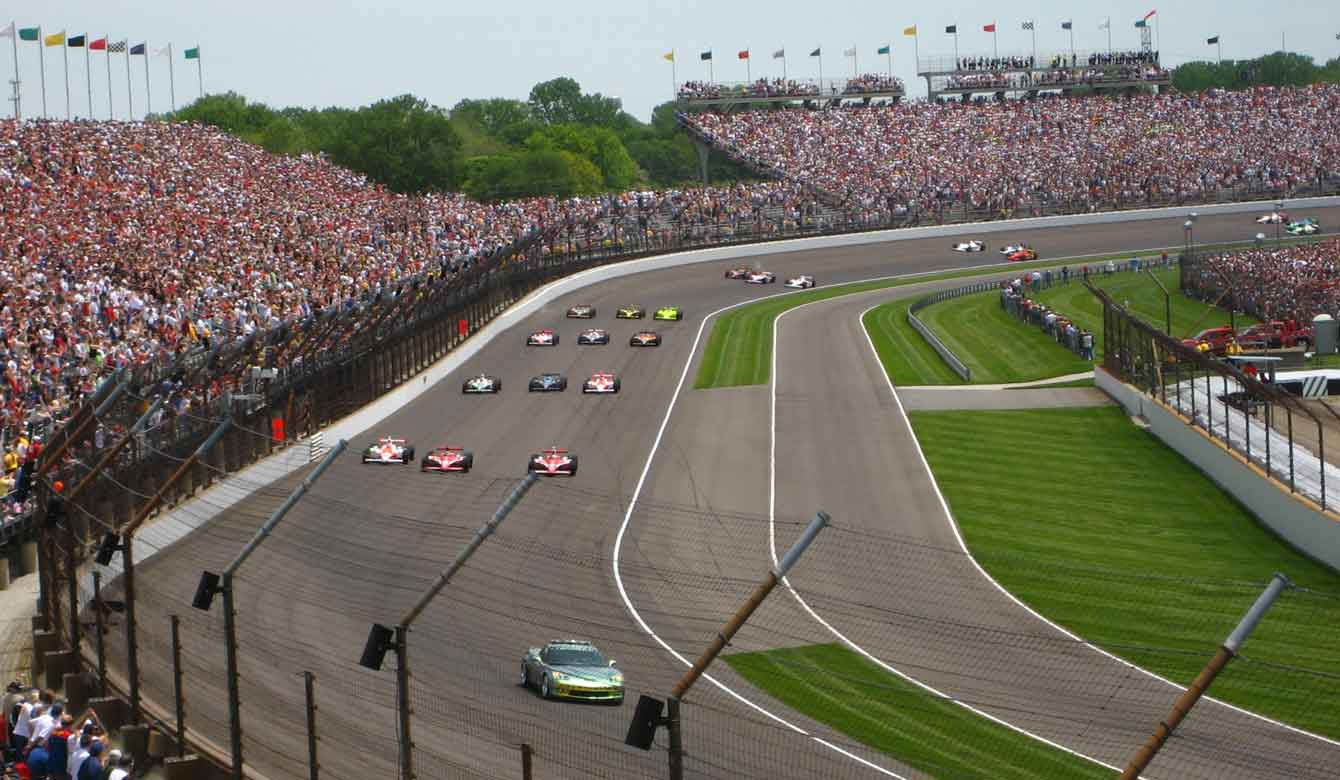 Here are some of them and how they got their start:

The 500 Festival Parade: The parade held the day before the race was started in 1957 as a way to turn the race into more than just a race for the people of Indianapolis. It has become one of the top three annual parades in the United States, along with the Tournament of Roses and Macy’s Thanksgiving parades.

“Back Home in Indiana”: The song that signals the race is about to start soon was first sung in 1946 by James Melton, a classic car collector and tenor with the New York Metropolitan Opera Company. His rendition, accompanied by the Purdue University Band, was such a hit that he was invited back year after year. “Indiana”-singing successors have included Mel Torme, Vic Damone, Dinah Shore and Jim Nabors.

Release of red, white, and blue balloons: It is believed to have started in 1947 at the urging of Grace Smith Hulman, the mother of the circuit’s third owner, Tony Hulman. (The Speedway remains under the Hulman Family’s control.) By 1950, the balloon release was scheduled to coincide with the closing notes of “Back Home in Indiana.”

The winner drinks milk: In 1936, Indy 500 winner Louis Meyer drank buttermilk at the end of the race to cool himself on the hot day. The moment was captured on film and seen by an executive with the Milk Foundation who vowed to make drinking milk in the winner’s circle a yearly tradition.

On race day this year – May 29, 2016 -- 100,000 race fans will get to share in the milk toast to mark the 100th running of the race. The American Dairy Association will distribute 100,000 pints of milk at various locations around the circuit. (The commemorative pints will be sold at retailers before the race, so fans can buy one to be assured a place in the Speedway-wide toast.)

Things To Do at the Speedway

Ever wonder what the race looks like to the Indianapolis 500 drivers?

For about $500, you can find out in the IndyCar Racing Experience. You’ll step into a $1 million Indy 500 car for a ride-along in which you’ll experience the speed and G-force felt by the drivers.

If you have no need to actually feel the speed, you can take a narrated 1.5-hour Grounds Tour of the historic Speedway. On it, you’ll get to tour the oval track, the victory platform, the garage area and a Gasoline Alley suite. You’ll get to stand on the famous "Yard of Bricks" at the start/finish line and tour the museum and its collections of racing, classic and antique cars, including more than 30 cars that won the Indianapolis 500. The cost? $30 ($12 for kids age 6-15).

The race never really sells out. There’s always room for one more on the 250-acre infield. The question is: With more than 300,000 fans expected, will you be able to actually see the race from there? If you are worried, act fast. Good seats (reserved seats start at about $100) do sell out.