Charter a Private Jet to the Cheltenham Festival

That’s the excitement of watching the horses competing for more than $6 million in prize money in the Cheltenham National Hunt Festival held annually around St. Patrick’s Day.

Every March, some 250,000 spectators place more than $200 million in bets on the horses running in the 27 races over four days at the Cheltenham Festival.

The prestigious National Hunt racing festival is held in the Gloucestershire countryside of the United Kingdom. It’s a championship-like event in which horses and their owners, jockeys, and trainers compete for the honor of having a Cheltenham win.

If your bucket list includes seeing one of the biggest National Hunt Racing events of the year, Paramount Business Jets can arrange a flight for you into any nearby United Kingdom airport, including:

Booking early has many advantages. Enter a few details below to start planning your private jet flight to the Cheltenham Festival.

What is National Hunt Racing?

In National Hunt Racing events – held in the United Kingdom, Ireland and France – horses are required to jump over obstacles.

Then, there are also “bumper” or flat races.

At Cheltenham, where winning the Gold Cup is considered one of the highest honors in the sport, there are 2- to 4-mile races for all kinds of horses, including handicappers, novices, and champions.

About the Cheltenham Races

The Cheltenham Festival is the greatest jump race in the world. In fact, it’s called the Olympic Games of National Hunt Racing.

First held in 1924, the four-day Cheltenham Festival is usually scheduled to run over St. Patrick’s Day. The festive day of shamrocks and green beer draws many of the best horses in Ireland to compete with England’s best for more than $5 million in prize money.

The most famous race at Cheltenham is the Gold Cup, which takes place the last – and most popular – day of the festival. Winning the Gold Cup is considered one of the highest honors in hunt racing.

Other Grade 1 races during the four-day event include the World Hurdle, the Champion Hurdle and the Queen Mother Champion Chase.

With almost 30 races over the four-day Cheltenham Festival, there is something for everyone to see – and wager on.

And wager, they do. Hundreds of millions of dollars over the course of the event.

Each day of the festival offers spectacular jump racing, building up to the grand finale, the Cheltenham Gold Cup, in which the finest horses – 4 years and older -- in the United Kingdom run and jump over a three-mile course trying to become the champion.

Although it is a jump race now, the Gold Cup started as a flat race in 1819 – almost 200 years ago. The first Cheltenham Festival was in 1902. It was moved there permanently in 1911. Today, as one of the most important horse races on the calendar, it has a worldwide television audience as well as its more than 200,000 spectators.

And, don’t forget this is the place where you hear the storied Cheltenham Roar, the roar of the crowd – building to its loudest at the Gold Cup – that can be heard for miles around.

Each day of the festival has a theme. There is Champion Hurdle Day, Ladies Day and, of course, St. Patrick’s Day, when the green-clad Irish clink their mugs of beer in celebration.

The storied Cheltenham Roar, the roar of the crowd can be heard for miles around

Horses have been racing at Cheltenham since 1815 with the first Cheltenham Gold Cup run – as a flat race – in 1819.

As it continued to gain prominence through the years, the festival had to jump a few hurdles of its own, like dealing with the pickpockets and prostitutes that sprang up as they are known to do in places where gambling is taking place.

Although the venue bounced back and forth between several tracks in Gloucestershire through the years, it was permanently moved to Cheltenham in 1911.

The race remains officially known as the National Hunt Meeting, but it is better known as the Cheltenham Festival. 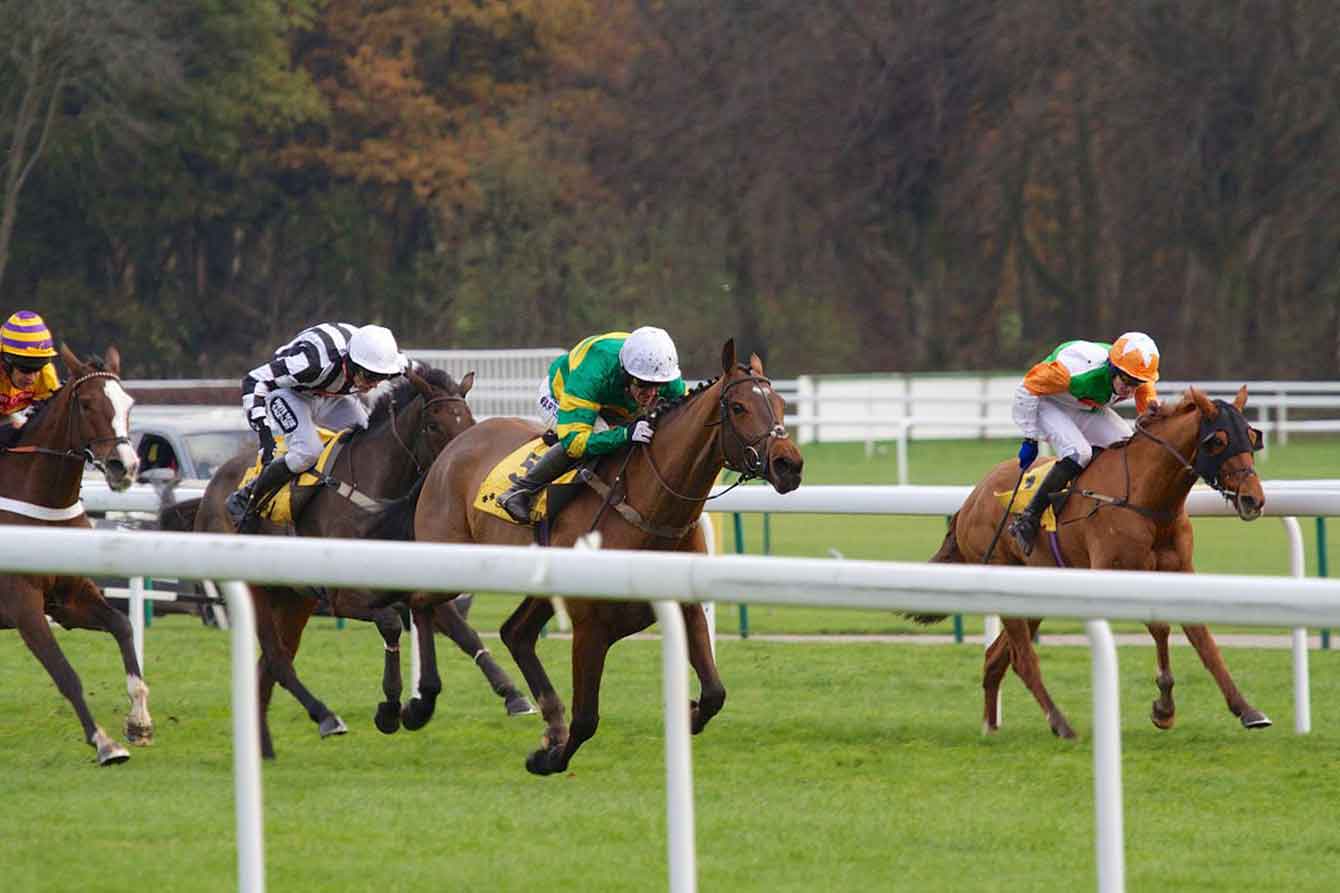 Eat: Trendy farm-to-table foodstuffs were always on the menus at Cheltenham. Organizers work with local farmers and producers to source ingredients that are farmed, raised or caught in ethical and sustainable ways. In the dozens of shops and restaurants at the track, you’ll find everything from fish and chips to sticky toffee pudding, a rich, moist cake smothered with caramel sauce.

Drink: The favorites are champagne – some 18,000 bottles are quaffed during the festival – and Guinness beer – some 214,000 pints are served.

Dress: There is no dress code although most race-goers do dress up. Dresses and hats for women. Jackets and ties for men.

The Cheltenham staff put together some amazing things about the festival from 2019.