Charter a Private Jet to the Brickyard 400

The Brickyard 400, a summer favorite of Nascar fans, is held at the famous Indianapolis Motor Speedway, nicknamed the Brickyard because the track was resurfaced with 3.2 million bricks in 1911. The bricks have been repaved, all except a yard-wide strip that was preserved at the start/finish line to keep a piece of history.

If you’d like to be among the 100,000 spectators to see the winner of one of Nascar’s most coveted titles, Paramount Business Jets can arrange a charter flight for you into any airport near Indianapolis, including:

Booking early has many advantages. Enter a few details below to start planning your private jet flight to the Brickyard 400.

The Brickyard 400, a 400-mile Nascar Sprint Cup points race, was first run at the Indianapolis Motor Speedway in 1994. In the early years, the race, which brought Nascar out of the South, drew some 250,000 spectators. It only draws half that many these days but remains a coveted title for the drivers. Many of Nascar’s most famous drivers have raced and won here. Jeff Gordon has won five ties and Jimmie Johnson has won four.

When the Speedway opened in 1909, its surface was dangerous – crushed stone and tar. So, they repaved it with bricks in 1911.

Wonder what a driver like Jeff Gordon sees? Ride along with him at the 2014 Brickyard 400. 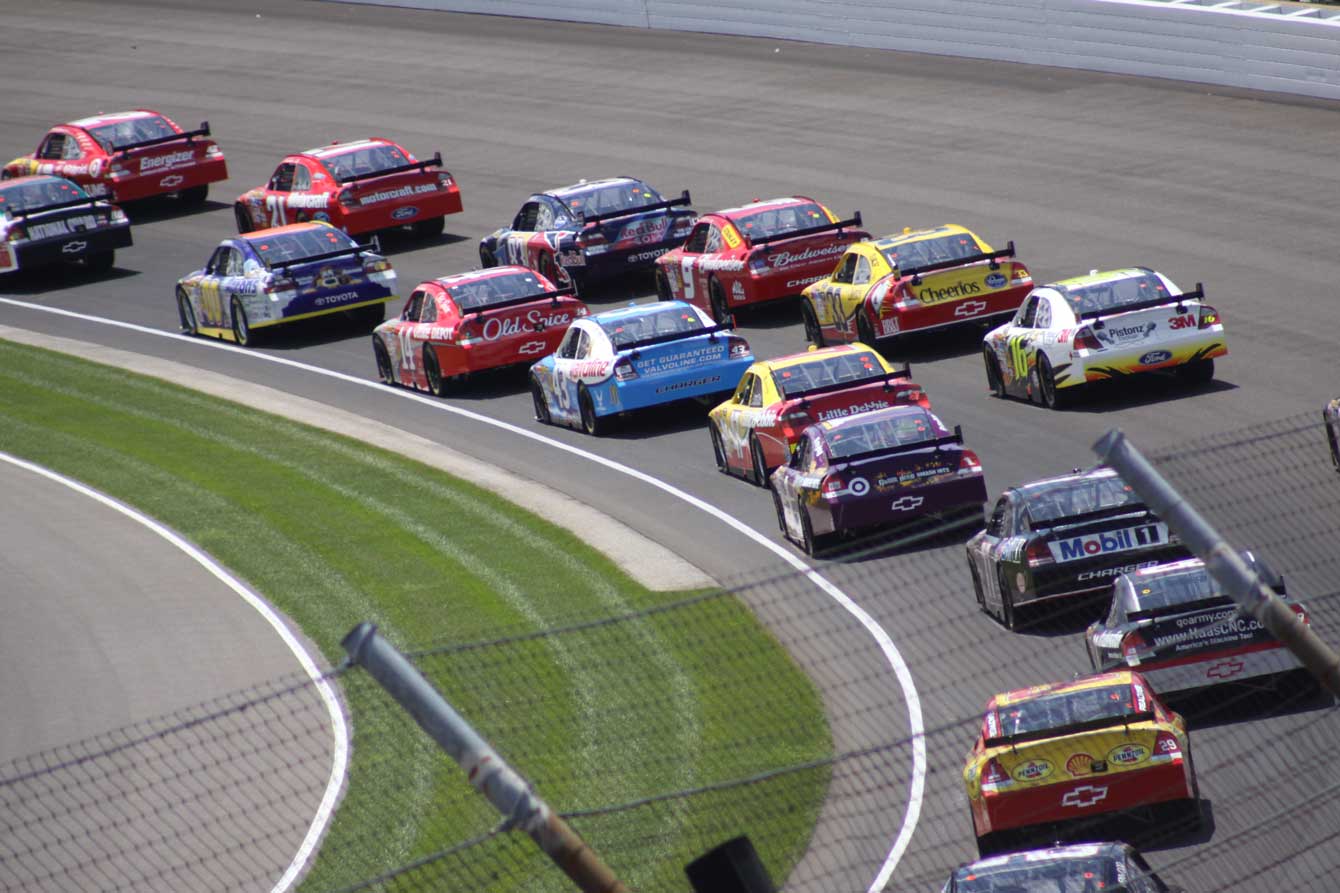 Things To See And Do In Indianapolis