AERO Friedrichshafen, Europe’s largest and most important aviation trade show, draws more than 600 exhibitors and 33,000 visitors to the shores of Lake Constance every year.

More than 200 aircraft – from business jets and turboprops to gliders and gyrocopters -- are on exhibit at the convention, which this year also has an exhibit on drones that will answer questions on what and where to buy and how to operate.

If you want to experience the world of aviation in person, Paramount Business Jets can arrange a flight for you into any nearby airport, including:

Booking early has many advantages. Enter a few details below to start planning your private jet flight to the AERO Friedrichshafen.

Aviation specialists are on hand to discuss current products and topics. Special exhibits include: 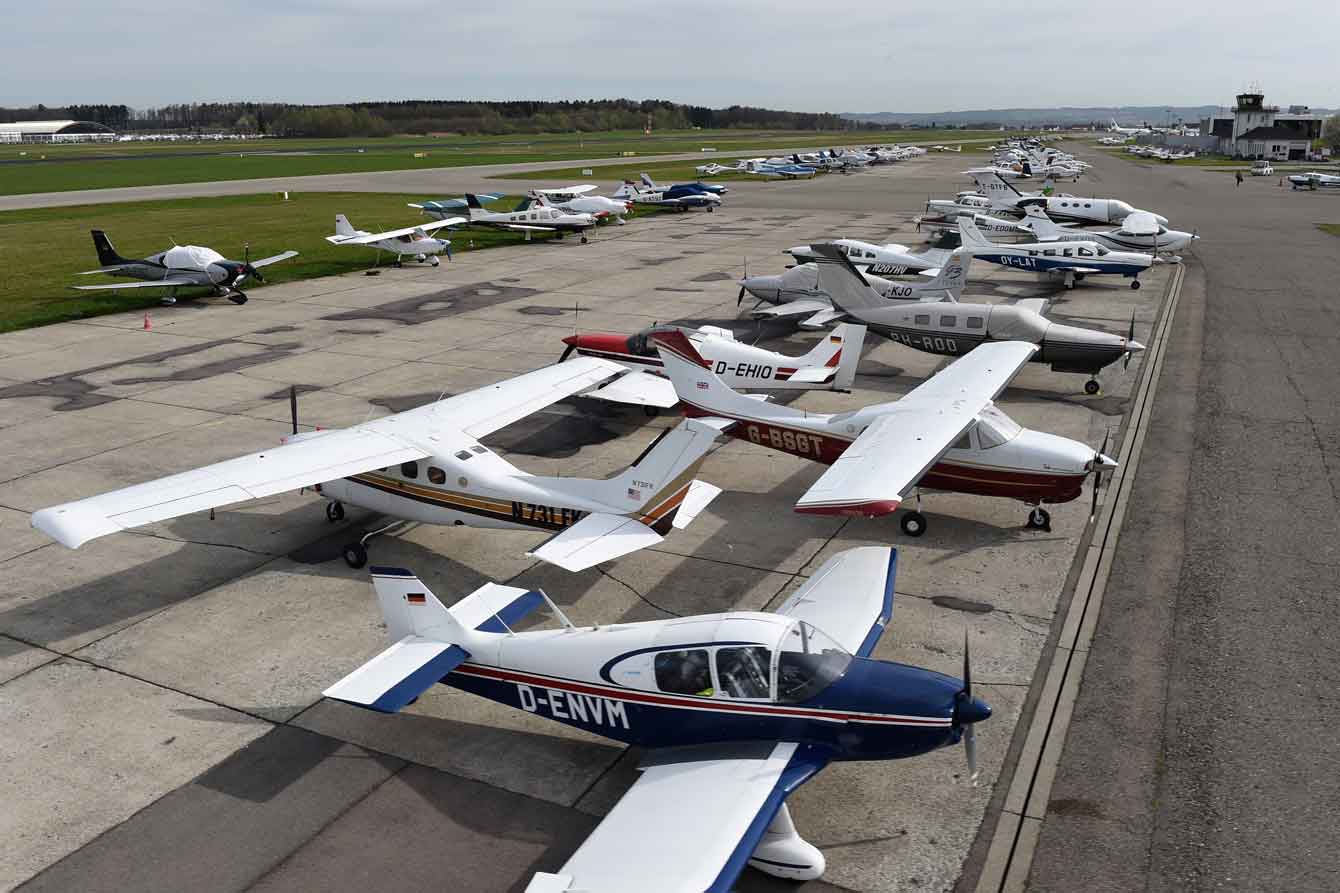 Whether or not there is an aviation conference going on, aircraft enthusiasts from around the world flock to the industrial city of Friedrichshafen, which is located on the northern shore of Lake Constance in southern Germany. Switzerland is on the south shore and Austria borders the eastern edge. But visitors come for more than a beautiful view of the Alps. They come because it is the birthplace of the zeppelin.

Inventor Ferdinand Graf von Zeppelin was born on an island in Lake Constance in 1938. After serving in the German army, he used his interest in lighter-than-air flight to develop the zeppelin, a rigid airship, for military purposes. He later went on to develop the airship for commercial purposes.

Things to do in Friedrichshafen