Ideally, this speed is adjusted several miles away from the runway, and the pilot holds this speed until just before touchdown when the plane is flared and slowed to just above stall speed before touching down. Flaring an aircraft is the act of pulling the nose up just a bit in order to quickly slow the aircraft to stall speed just before the wheels touch the ground. After the wheels touch, the throttle is turned off, brakes are applied, or thrusters are reversed to quickly slow the airplane.

When a pilot needs to adjust the approach speed for landing, he starts by putting down the landing gear and deploying the flaps, which are a control surface on the wings that give the aircraft additional lift at low speeds. Next, he finds the maximum gross weight (MGW) of the aircraft, which is the maximum weight that a plane can safely carry. The pilot computes the amount of fuel used during the flight to find an approximate estimation of the current MGW of the aircraft and reduces the speed according to his findings.

Because the approach speed for an aircraft is based on the maximum gross weight, the speed can vary between flights in the same aircraft. If a plane has full cargo and passengers, then its approach speed will be higher than if the plane was empty. 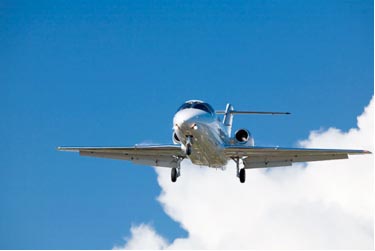