A leg refers to a particular portion of flight that exists between and is defined by two end points. The two end points can be NAVAIDs (navigational aids), fixes, landmarks, geographical features, or any other type of point in time or space that involves a distance flown past or too by an aircraft. A leg can be used in many ways: to describe the length of a journey, part of a flight, distance needed to be flown, or more commonly, a portion of a route flown.

A route is the direction an aircraft flies to get from point A to point B. A leg is mainly used to describe a portion of that route. Aircraft mainly navigate by using NAVAIDs, or satellite navigation. When using NAVAIDs, an aircraft will generally take off from the airport, fly to the closest NAVAID, and then proceed to the next one, and so on and so forth until reaching their destination. The "leg" will refer to the portion of flight in-between those NAVAIDs. For instance, an aircraft taking off from JFK International Airport and flying to Miami International Airport might fly from JFK to Atlantic City, then to Washington, D.C., and on to Richmond, VA, and finally to Miami. Any portion of the flight between and up to any two cities would be referred to as a leg. 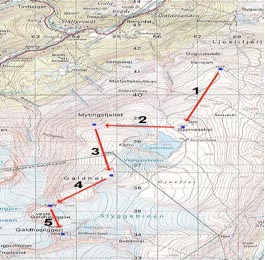 A leg can also refer to an entire flight. Since airlines make multiple flights a day with the same aircraft, each flight can be identified as a leg. If a plane took off from New York City and landed in Chicago, then took off from Chicago and landed in Los Angeles, each one of those flights would be identified as a leg. For passengers, a leg might mean the changeover of a flight. If a passenger has more than one stop and/or must switch planes to get to their destination, then each segment of their flight would be considered a leg.

In the charter industry, a leg will be the same kind of principal as in the airline industry, but with a slightly different meaning. Charter companies offer what is called a point-to-point flight. This is when a charter company will offer a customer a one-way flight without the fee of returning to its home base because the destination has another customer needing a flight to another destination. A point-to-point flight is an excellent example of a leg because it identifies the beginning and end point of the charter's journey.

Legs will be used mainly by pilots, but also by their employers, to accurately determine the cost of a flight. In essence, a leg is a predetermined distance up to and including two different points. It takes time, fuel, and money to fly from one point to the next. A company like an airline or charter service will plan ahead to figure out how much each leg of the journey will cost in terms of money and fuel and then determine if a better leg can be flown or if it is even worth it to be flown.