These airports are usually marked so that a pilot is always aware of their location in case he does need to make an emergency landing. For commercial airliners, these airports are often other large commercial airports that have a long enough runway to support such a large aircraft. A few examples of when an alternate airport may be used include: if the desired runway has a disabled aircraft on it; if weather, like snow or a bad storm, does not permit a safe landing; if the airport’s control systems malfunction; or if the aircraft has an emergency.

In an in-flight emergency when a pilot must land the aircraft immediately, the closest airport that can support the aircraft is the first airport that the pilot should turn towards. Aircraft that have emergencies are moved to the front of the flight pattern so that they can land before the other aircraft. During an emergency, smaller, light airplanes can typically land just about anywhere that is long, flat, and free of large obstacles that would impede a landing.

Alternate airports help to ensure the safety of the passengers and crew of the aircraft and allow an emergency to be dealt with more quickly and efficiently. 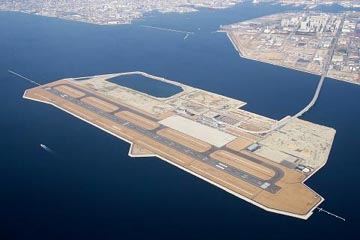