Charter a Private Jet to the Rio de Janeiro Carnival

The world’s biggest pre-Lenten party in Rio de Janeiro, Brazil, is officially five days long. But, the half million foreign visitors who descend upon the exotic South American country every year have turned it into a weeks-long last hurrah before the solemn 40-day period of prayer and fasting before Easter.

The farewell to pleasures of the flesh is appropriately held during the hottest summer days of the Southern Hemisphere.

The carnival, a national holiday in Brazil, begins the Friday before Lent and goes until the clock strikes midnight on Fat Tuesday. There are parades and beads. Merry-making and drinking. Balls and parties. And elaborate and exotic costumes and masks.

What a thrill to be able to attend one of the biggest parties in the world. If you are interested in going to Rio, Paramount Business Jets can arrange a flight for you into any nearby Rio de Janeiro airport, including:

Booking early has many advantages. Enter a few details below to start planning your private jet flight to the Rio de Janeiro Carnival.

Rio de Janeiro’s celebrated carnival is believed to have started in the mid-18th century with the arrival of Portuguese immigrants.

By the mid-19th century, parades marked the occasion, especially those of the upper class who wore elaborate costumes and masks made of papier mache and marched through the streets to music.

The samba, the ritualistic drum-and-handclap music of Rio’s carnival, was born at the end of the 19th century.

The early 20th century brought the invention of cars – and car parades – at the carnival. Today, those in the parade throw beads and other trinkets but back then, it was the parade watchers who threw confetti and streamers.

The Rio Samba Parade at Sambodromo is often called The Greatest Show on Earth. More than 50,000 people serve as actors in this open air opera in which each act is performed by a samba school. (Samba schools are like the krewes of New Orleans’ Mardi Gras. They are neighborhood social clubs in working class communities.)

And, yes, even you can participate if you want. Many samba schools offer costumes on their websites and invite visitors to join in. 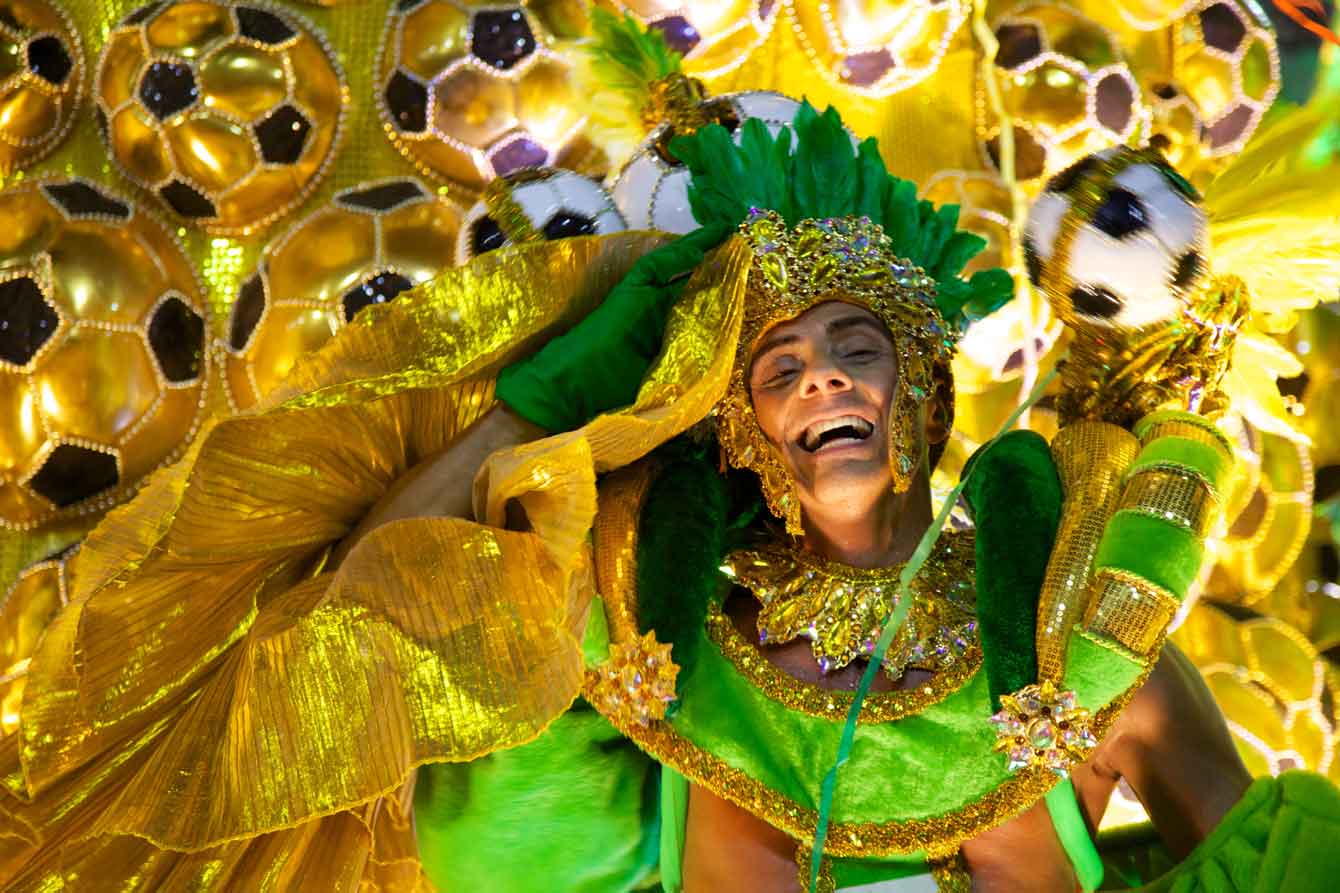 The Samba Parade starts at 9 p.m. and goes to the morning. By the way, the Rio Samba Parade is not free. You must have a ticket to watch. The Sambodromo seats 72,000 people, a fraction of those who want to get in. Get your tickets early.

The Champions Parade in which the best samba schools participate is held a week after carnival. If you want to stay and party on, lodging and event tickets are often discounted after Lent begins.

In between, there are too many parades to count. There are more than 300 street bands – mostly brass – from the different neighborhoods in Rio. They compose and perform their own music.

There are also hundreds of costume balls, the most famous of which is the Costume Ball at the Copacabana. Celebrities and socialites wear gowns and tuxedos or glamorous costumes to the ball, which has been around since the 1920s, to dance and party all night long.