The fact that the inventor of dynamite created the Nobel Peace Prize is an interesting contradiction in terms.

Of course, the explosive has many other uses than in battle, but the oxymoron just adds to the mystique of what is considered by many to be the most prestigious award that can be bestowed on a person.

Swedish chemist Alfred Nobel (1833-1896) bequeathed his enormous fortune from the invention of dynamite and 354 other patented inventions to a foundation to fund the Nobel Prizes.

In addition to the Peace Prize, awarded every Dec. 10 – chosen because it was the day Nobel died – in Oslo, Norway, Nobel Prizes are also handed out in Stockholm, Sweden, for those people or organizations who have made the greatest achievement in the fields of physics, chemistry, physiology or medicine, literature and economic sciences.

In his will, Nobel said the Peace Prize should go “to the person who shall have done the most or the best work for fraternity between nations, for the abolition or reduction of standing armies and for the holding and promotion of peace congresses.”

The prize will be awarded this year, as it has since 1989, in Oslo City Hall. Some 1,000 guests, invited by the Nobel Foundation, will watch as the Norwegian Nobel Committee presents the award.

It’s tough to get a ticket to the ceremony itself, but don’t worry if you are not a member of the Norwegian royal family or the cream of Norwegian society. There is much celebration before, during and after the event that is open to the public. The ceremony is broadcast live. Catch it on TV anywhere in Oslo. And, there is a Nobel Peace Prize Concert at the Oslo Spektrum the next day that attracts many celebrities.

If you would like to go to this gathering of intellectuals and famous people, Paramount Business Jets can arrange a flight into any nearby airport, including:

Booking early has many advantages. Enter a few details below to start planning your private jet flight to the Nobel Peace Prize Award Ceremony. 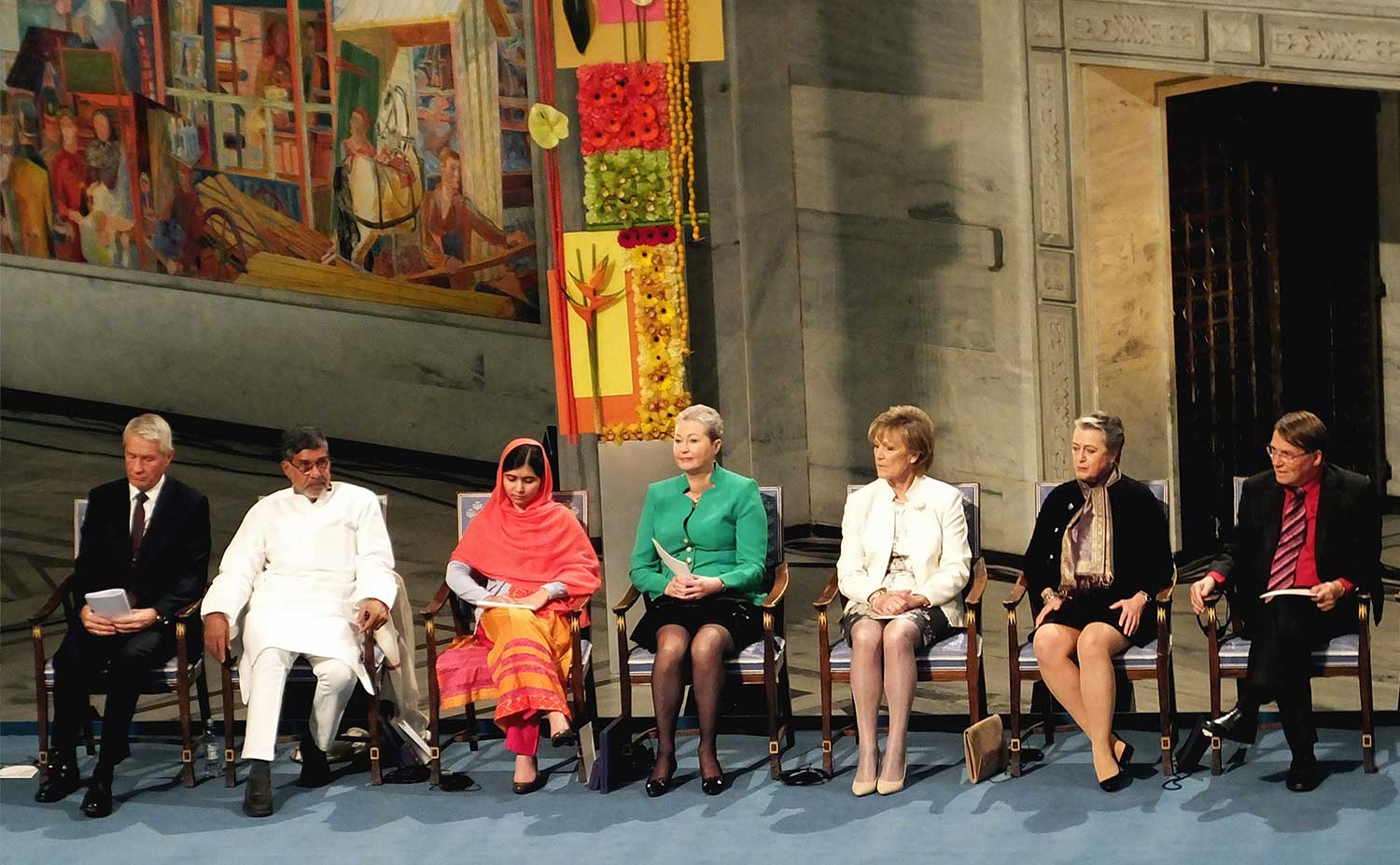 If you do go, here are some interesting facts to take with you:

Oh, and by the way, if, after the awards, you want to know how the winner was chosen, you can find out.

For Alfred Nobel’s will stipulates in part: “A prize-awarding body may… permit access to material which formed the basis for the evaluation and decision concerning a prize, for purposes of research in intellectual history. Such permission may not, however, be granted until at least 50 years have elapsed after the date on which the decision in question was made.”