Charter a Private Jet to the MTV Video Music Awards

Guess who has the most MTV Video Music Awards?

She was – up until 2016, when Beyoncé, who was nominated for 11 awards, took eight. That put her total to 24, four more than Madonna.

If you would like to see who will be next at the top of the MTV Video Music Awards leaderboard, Paramount Business Jets can arrange a charter flight for you to arrive in the style of the performers. The awards bounce back and forth between New York City and Los Angeles and are usually held in late summer. Paramount can arrange flights into any nearby airports in both New York and LA.

Booking early has many advantages. Enter a few details below to start planning your private jet flight to the MTV Video Music Awards. 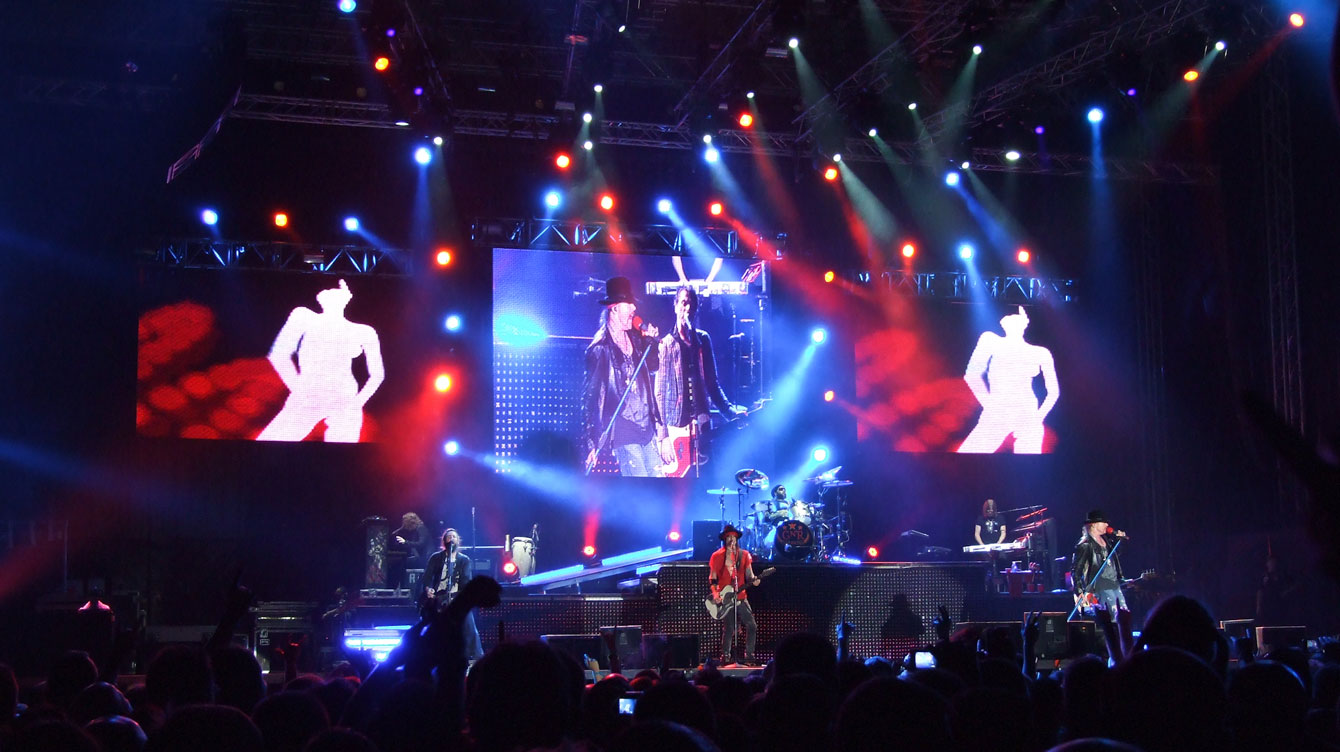 Even though the MTV Video Music Awards are about the performers themselves, the show’s producers seem to always want to change up who will host of the show. And, in the years they can’t find the perfect host, they just go without.

MTV handed out its first Video Music Awards in 1984. Bette Midler and Dan Aykroyd were the hosts, but you might not remember that because Madonna stole the show – and shocked audiences everywhere – as she performed “Like a Virgin,” wearing a wedding dress but acting like anything-but a virgin in her sexy performance.

It wasn’t the last time a performer would upstage the hosts – but it appears MTV kept looking for one that couldn’t be upstaged. Either that or it was just always looking for something bigger and better.

The second year, MTV tapped rising superstar Eddie Murphy to emcee. Even though his performance was recognized as the way the show should be presented, MTV went back to its own people in 1986 and 1987 with VJs, “Downtown" Julie Brown, Mark Goodman, Alan Hunter, Martha Quinn and Dweezil Zappa.

Arsenio Hall, a rising star in the early days of cable television, hosted it the next four years.

In 1992, MTV gave the job to Dana Carvey from Saturday Night Live. There would be no upstaging his George H. W. Bush imitation or his Garth character from SNL’s “Wayne’s World” but his gig would only be for one year.

Christian Slater hosted the awards in 1993 but his actor-slow demeanor paled in comparison to earlier comic-fast ones. So, in 1994, MTV handed over the reins to a woman comedienne, Roseanne Barr. Oops, wrong choice.

Dennis Miller took over in 1995. Too political and intellectual for the target audience. Despite that, he was asked back in 1996.

Wayans Brothers, Shawn and Marlon, hosted the VMAs in 2000. The actor-comedians had the audience in stitches.

In 2004, MTV started the practice of having no host at all. But P. Diddy’s arrival in his luxury yacht was enough to earn him a shot at the gig in 2005.

Fergie and Good Charlotte hosted the 2007 awards. British comedian Russell Brand was the host in 2008 and 2009.

In 2010, Chelsea Handler took the reins.

In 2011, there was no host but Kevin Hart performed a monologue, in part kidding about not being the host. Maybe that’s why they let him host in 2012.

No host again in 2013 and 2014, when Saturday Night Live’s Jay Pharoah was as close to a not-a-host host as you can get. Miley Cyrus, who hosted in 2015, was the first real one-and-done host. Viewership dropped by millions that year – and that was before she ended up fighting with Nicki Minaj.

In 2016, there was an ensemble cast with Keegan-Michael Key and Jordan Peele as emcees with a little help from Nicole Byer, and Jay Pharoah.

2017 awards show has been hosted by none other than Katy Perry.

2019 was a year that brought comedy to the stage, as the American stand-up comedian Sebastian Maniscalco was hosting the show.

Lauren Keyana Palmer, also known as Keke Palmer, was the host of the 2020 MTV VMAs.

The 2021 show brought rap back on the stage with Doja Cat being the host.

There’s a cool story behind the coveted man-on-the-moon statuette that MTV VMA winners get. MTV launched on Aug. 1, 1981, with real footage acquired from NASA. It shows Apollo 11 taking off and then Neil Armstrong planting a flag on the moon. MTV played that clip on the hour for the next five years with a voice-over saying, “Ladies and gentlemen, rock and roll.”

The same firm that designed that, Manhattan Design, was asked to design the statuette for the VMAs. The Moonman was a natural choice it had come to be the MTV brand.

Pat Gorman of Manhattan Design said, “We thought, We’re like the guys landing on the moon and claiming it. We claim this land for music.’” Gorman said that was her first choice, but they also submitted two other ideas for MTV to consider, a sneaker and a container of popcorn (which was later used as the MTV Movie Award statue).

The feet of the Moonman couldn’t be firmly planted, Gorman insisted during the statuette’s design.

“The whole idea was, the statue had to be balancing on one leg, like anti-gravity and floating. Otherwise, it didn’t have any magic to it,” she said.

And The Winners Are …

You can listen to all the MTV Video of the Year award winners up until 2021 here.