Charter a Private Jet to the F1 Hungarian Grand Prix

The Hungarian Formula 1 Grand Prix, which takes place in the middle of the summer swelter, has historical significance.

When it debuted in 1986, it became the first race on the calendar to take place behind the Iron Curtain.

If you’d like to see the race at the Hungaroring circuit, located 20 miles from Budapest, Paramount Business Jets can arrange a charter flight for you into any nearby airport, including:

Booking early has many advantages. Enter a few details below to start planning your private jet flight to the F1 Hungarian Grand Prix.

The Birth Of Hungaroring

In the early 1980s, Formula 1 officials started talking about having a race behind what was then the Iron Curtain.

Negotiations took place with the former Soviet Union to have Moscow host a race, but nothing ever came of it.

Enter Bernie Ecclestone, the British billionaire who runs the companies that oversee the F1 races. He signed a contract to start the Hungarian Grand Prix in 1985. After discussing and rejecting the circuit be a street race, the Hungaroring track was built in time for the 1986 series and the 200,000 racing fans who came to watch. 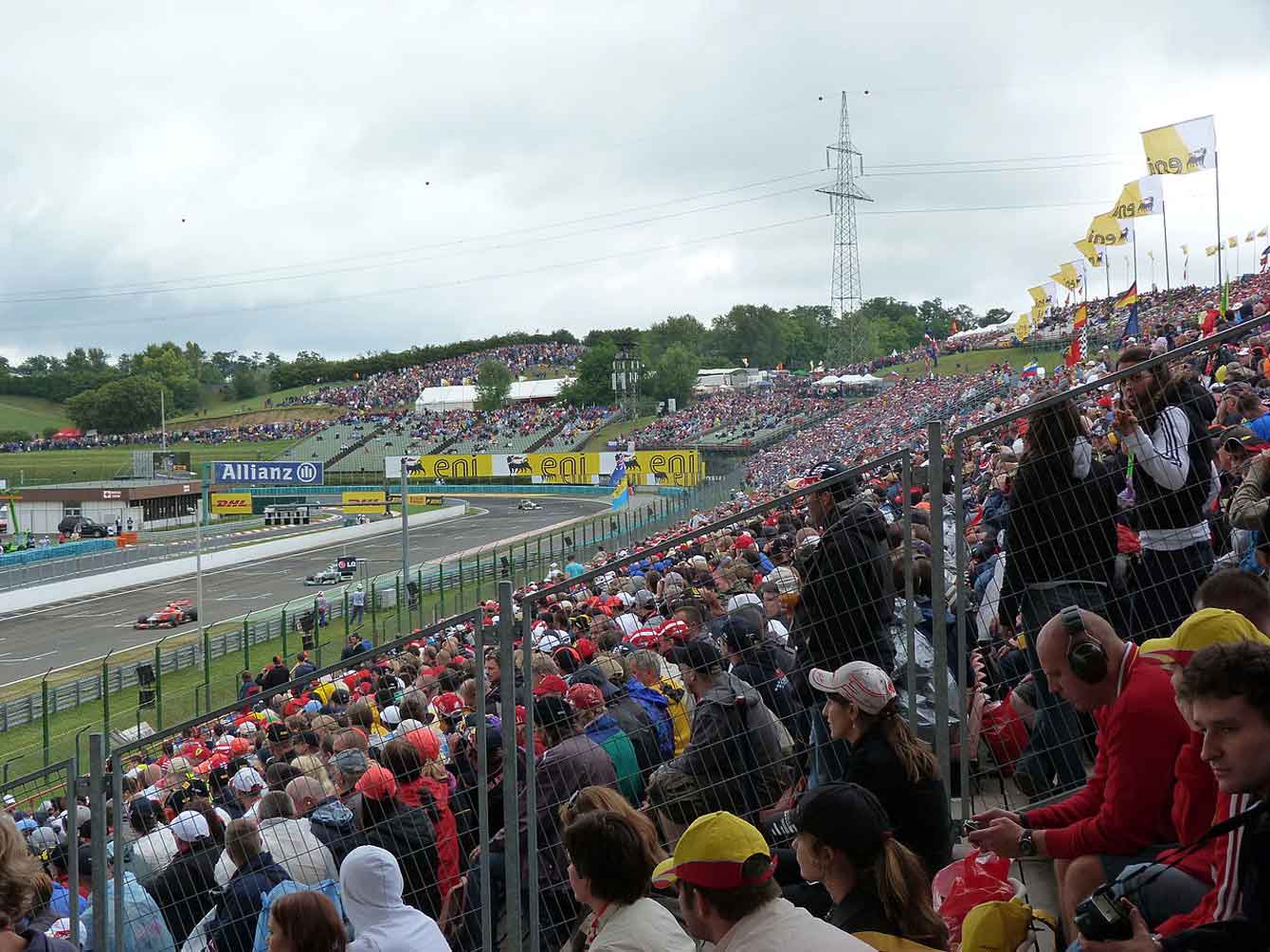 Located in a valley 12 miles north of Budapest, the track provides almost 360-degree vantage points for spectators but is difficult for drivers to navigate.

Its narrow track with 14 corners and few straightaways make it the F1 race with the second-slowest average speed after Monaco. There are few places for drivers to overtake one another. That is part of the challenge.

Drivers, who go 190 miles in 70 laps, also have to contend with sometimes ferocious heat – it can be 100 degrees in the summer – for the two-hour race. But, the good thing about that is that each race is different.

Since it’s located in a natural bowl, fans can see more than half the track from almost any of the many vantage points.

Things To Do And See

The Hungaroring track is only 12 miles from Budapest so make sure you take the time to enjoy the city known as the “Queen of the Danube”.

And, of course, check out the Hungarian dishes found in many restaurants in and around the city.