Imagine the majestic sight of sailing yachts, some more than 70 feet long, cutting through the waters in a race in the Solent, a waterway of tricky double tides between southern England and the Isle of Wight.

Now, imagine all the history behind this oldest and foremost sailing regatta in the world, which has been run every August – except during the two world wars – since 1926.

It’s evolved considerably since the first race in which seven royal yachts competed for the “Gold Cup of the Value of 100 Pounds.”

Traditionally, the race had always been held the week before the Glorious Twelfth, the first day of grouse hunting season, but now fluctuates to take advantage of the tides.

If you’re interested in seeing some 40 races a day off the picturesque coast of England, Paramount Business Jets can arrange a flight to take you there.

There are no bridges across the Solent strait. The Isle of Wight is accessible only by ferry – or small plane.

Paramount can arrange a flight to any of the main UK airports or even one of the two small airports located on the eastern coast of the Isle itself - Sandown (EGHN) and Bembridge (BBP):

Booking early has many advantages. Enter a few details below to start planning your private jet flight to the Cowes Week. 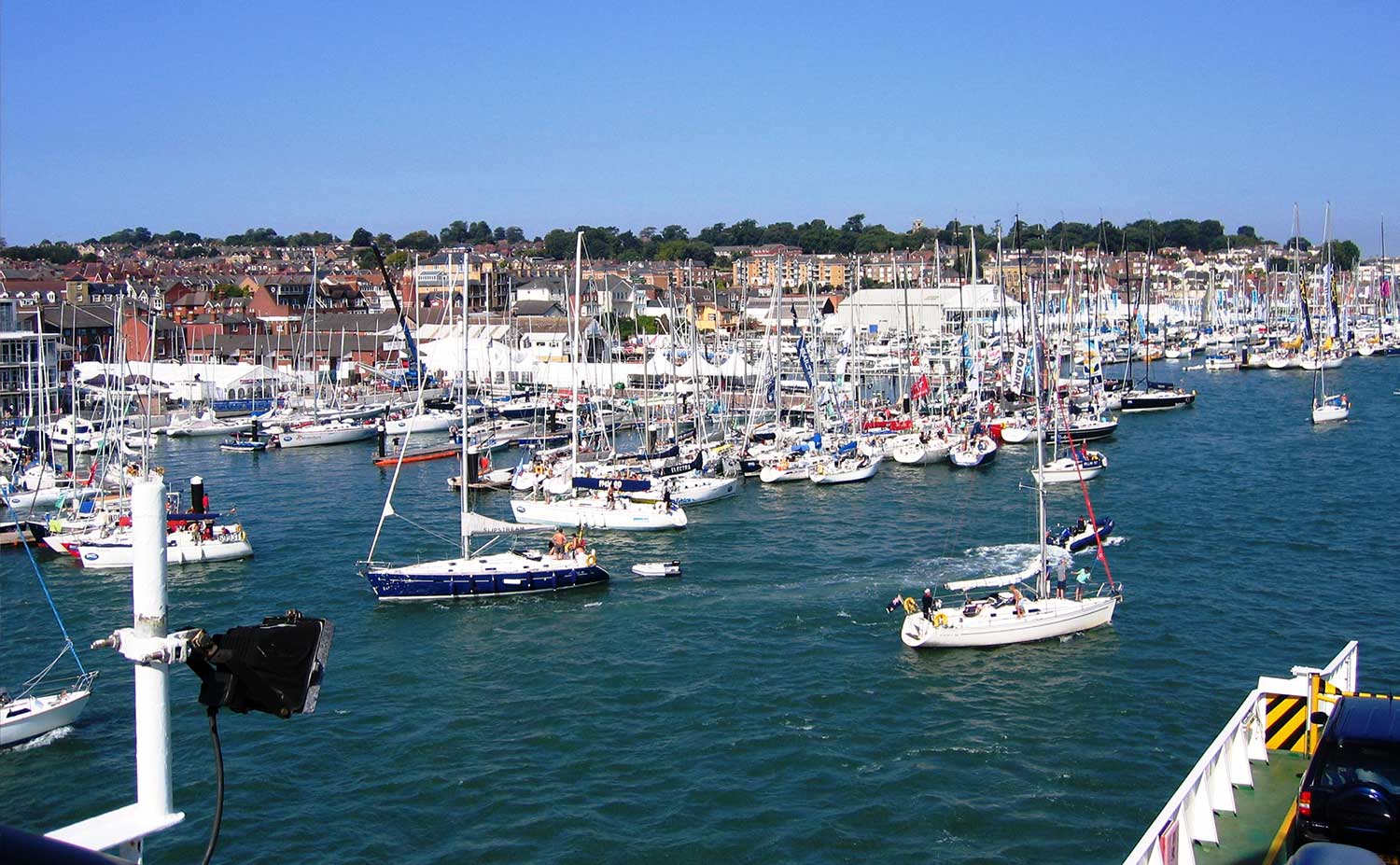 There is much to see in the area when the boats are done racing.

The Isle of Wight, which is 24 miles wide and 12 miles long, is separated from the mainland by the Solent, a strait ranging from one to four miles wide. If you don’t fly into one of the Isle’s small airports, it takes about an hour to get there on a ferry.

Once there, you can:

One last thing: take a sweater. The Isle is located on the 50 degree north latitude (roughly the same as Vancouver, British Columbia; Prague, Czechoslovakia; and Brussels, Belgium) where, in August, the average high temperature is 70 degrees F and the average low is 57.