You’re probably aware that aviation fuel is different than the fuel used in cars. Aircraft use jet fuel or AVGAS. But what is AVGAS? How is jet fuel different from gasoline?

Here, we explain what jet fuel is, the type of jet fuel used, and what each type is used for.

What Is Jet Fuel? And How Is It Different from Gasoline?

Jet fuel is a colorless, kerosene-based, fuel that’s used in aircraft with turbine engines, including turboprops and jet engines. In some ways, jet fuel and gasoline aren’t that different. Both:

This is important because, unlike cars, airplanes can experience temperatures under -40˚ C. At this temperature, gasoline can freeze.

This makes jet fuel safer than gasoline. It also means it has higher octane ratings, meaning it produces greater power and is more efficient.

At one time, gasoline was used in airplanes. But the need for a higher energy fuel made the aviation industry look for alternative fuels. With a Boeing 747 burning up to one gallon of fuel every second, it’s lucky that kerosene-based jet fuel is cheaper than gasoline!

To ensure it’s safe and efficient, anti-static, antibacterial, and anticorrosive agents are often added, along with de-icing chemicals. 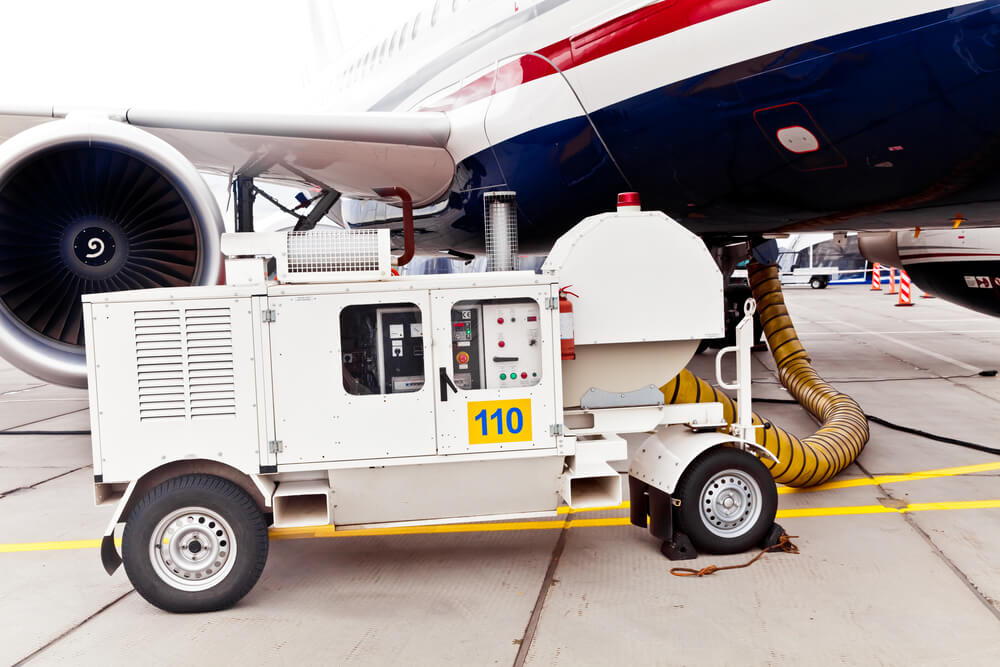 Jet A is primarily used, and normally only available, in the US. It’s used by both domestic and international airlines. It has the same flash point as Jet A-1 (38 °C) but a higher freeze point maximum (-40°C).

A-1 jet fuel is suitable for most turbine-engine aircraft. It’s the most commonly used jet fuel worldwide. While it’s very similar to Jet A fuel, with the same minimum flash point, there are some differences.  It has anti-static additives and a lower freezing point (-47OC). This makes it particularly suitable for long-haul international flights and polar routes.

Jet B fuel is a wide-cut type of fuel. These fuels are low flash, volatile naphtha, and kerosene blends with a wide boiling range and low-freezing point.

Jet B contains a light mixture of 70% gasoline and 30% kerosene. Its low freezing point of 60° C and higher volatility make it ideally suited for flights and cold starting in icy areas, such as Alaska and Canada. However, its high flammability makes it very dangerous to handle and use. It’s rarely found outside these colder countries.

JP-8 is used mainly by the US and NATO air forces. It contains anti-corrosion additives and anti-icing agents, as it’s designed for aircraft without heaters.

JP-5 is another aviation fuel, mainly for military use. It’s made from a complex combination of hydrocarbons, including naphthene and alkanes. This blend has a high flash point of 60° C, reducing the risk of fire. This makes it ideal for use on the aircraft carriers of the US Navy.

Other Types of Jet Fuels Around the World

TS-1 jet fuel is mostly found within Russia and other CIS countries (Commonwealth of Independent States). Russia’s most widely-used fuel has a slightly higher volatility than Jet A1, with a 28° C minimum flash point. It also has a lower freeze point (<-50C°), making it ideal for the area’s colder conditions. TS-1 is considered to be an equivalent standard to Jet A-1 fuel and is approved by most aircraft manufacturers.

The UK’s DEF STAN 91-91 jet fuel was originally developed for the military but is now the civil aviation standard there. It’s very similar to Jet A1.

These fuels are known as nos.1-5 Jet Fuel. No.1 and No.2 are both similar to the Russian TS-1 fuel. No.3 is a Jet A-1 near-equivalent and accounts for nearly all jet fuel now produced in China. No.4 is a wide-cut type of fuel akin to Jet B and No.5 resembles JP-5, for use on aircraft carriers.

AVGAS, or aviation gasoline, is used for small piston-engine aircraft and traditional propeller aircraft. It’s more widely used than jet fuels like Jet A and A-1, yet more expensive, as it requires more refinement. While it contains performance-enhancing additives, it doesn’t usually have the metal deactivators, gum inhibitors, and static dissipaters found in jet fuels. AVGAS contains small amounts of tetraethyl lead to prevent engine knocking. AVGAS 100, which is dyed green, has a high lead concentration. AVGAS 100LL, dyed blue, has low lead levels. However, as lead is harmful via inhalation or absorption into the bloodstream, efforts are being made to remove it. G100UL, the first unleaded AVGAS, was FAA approved in mid-2021.

The Future of Jet Fuels

Now you’re familiar with current jet fuel types and their uses, you may wonder how they will change in the future. Today, the main focus is on developing more sustainable aviation fuels. Biofuels are already delivering a similar efficiency to existing jet fuels and can often be used in existing fuel infrastructure.

If you have any questions about the fuel used in the plane you charter, or any other queries about your trip, get in touch. Just call +1-877-727-2538 ext. 1 or email us at charter@paramountbusinessjets.com. Our team at Paramount Business Jets is always happy to help.