A propjet is a jet airplane that incorporates the use of a turboprop engine to propel itself through the air. Unlike a turbojet, the propjet uses the idea of a reciprocating engine prop airplane as its form of power but incorporates the concept of a jet engine to power the prop. Currently, turboprop engines are more commonly used on small subsonic aircraft, like charter jets, with a common cruising speed of about 400 knots. However, there are some propjets that can have cruising speeds in excess of 500 knots.

Not realizing the potential of a propjet, America skipped over turboprop airliners in favor of the Boeing 707. This would later prove to be a mistake because the technology of the turbojet was fairly new. However, the military saw the benefits of having a propjet capable yet not as efficient as a turbojet due to the relatively inexpensive price.

When people hear turboprop or turbojet, they tend to associate them as the same thing. The truth is that they have two completely different modes of propulsion.

A propjet's turboprop engine is an aircraft power plant that uses gas turbines to drive a propeller. The turbine is used specifically for this, so almost all of its output gets used to drive the propeller. The engine's exhaust gases contain almost no energy when compared to a jet engine and have almost no effect on the propulsion of the aircraft. In its simplest form, a turboprop consists of an intake, compressor, combustor, turbine, and a propelling nozzle. Air is drawn into the intake and compressed by the compressor. Fuel is then added to the compressed air in the combustor, where the fuel-air mixture then combusts. The hot combustion gases expand through the turbine and drive the propeller.

Though propjets are more expensive today due to their complex engines, they are highly sought after by charter jet companies and smaller commuter businesses because they are more efficient at takeoffs and landings and consume less gas than their turbojet counterpart. Since they have the ability to be more efficient when consuming gas, it allows for a cheaper operating cost, thus increasing the charter company's profit gain. 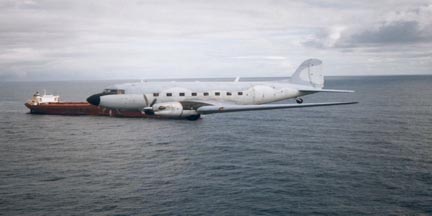