Adverts for cheap flights to Hawaii may look tempting. But if you book round trip flights to Hawaii with a commercial airline, you’re at the mercy of their flight days and times however inconvenient they might be. Besides,  early check-ins can mean hours wasted queuing or wandering around the airport, both in Hawaii and at your departure point. Also, because large commercial jets only fly to larger airports, you may have to book long or multi-stage trips by taxi or local transport, or island-hop by smaller plane or ferry, to reach your final destination. These factors can mean losing multiple hours of precious work or holiday time, and a more stressful journey.

Charter Jet to Hawaii: Where can you go?

The state of Hawaii encompasses 137 islands in the Hawaiian archipelago, but most are uninhabited. While larger private jets are more commonly used there, Paramount Business Jets has access to over 15,000 VIP aircraft of all sizes for flights to Hawaii, so we can find the ideal plane and journey to suit you. When you arrive by private jet charter, you can reach your hotel or villa quickly, and start enjoying Hawaii’s highlights straight away. Just pick your island!

Big Island (The Island of Hawaii) 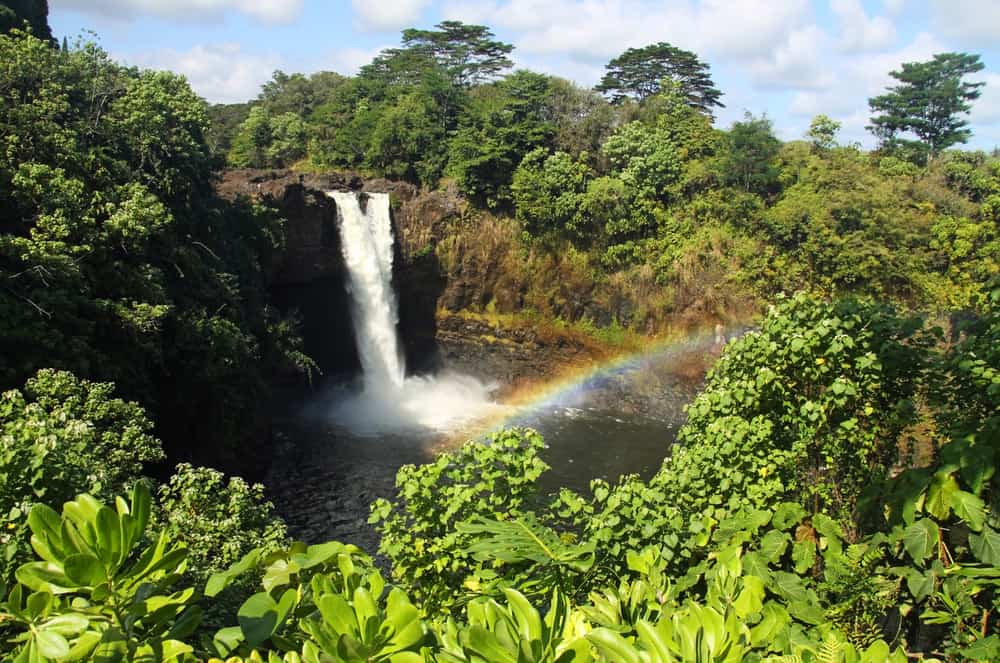 Hawaii is not just the name of the state, but also of an island within it. However, the island of Hawaii is often called Big Island, because… it’s the biggest island in the state!

Travelling to Big Island by private jet is easy, as the island has three airports: Kona International Airport, Waimea-Kohala Airport and Hilo International Airport, which is the one you’ll want to fly to if you’re heading for the Volcano Golf and Country Club. While there are numerous golf courses on Big Island, this particular one is famous for being located on the rim of a volcanic crater.

If you’re holidaying on Big Island or have free time around business meetings, then Hawaii’s ‘Island of Adventure’ offers waterfalls, volcanoes, mountains and lush forests to explore, and plenty of watersports to try. 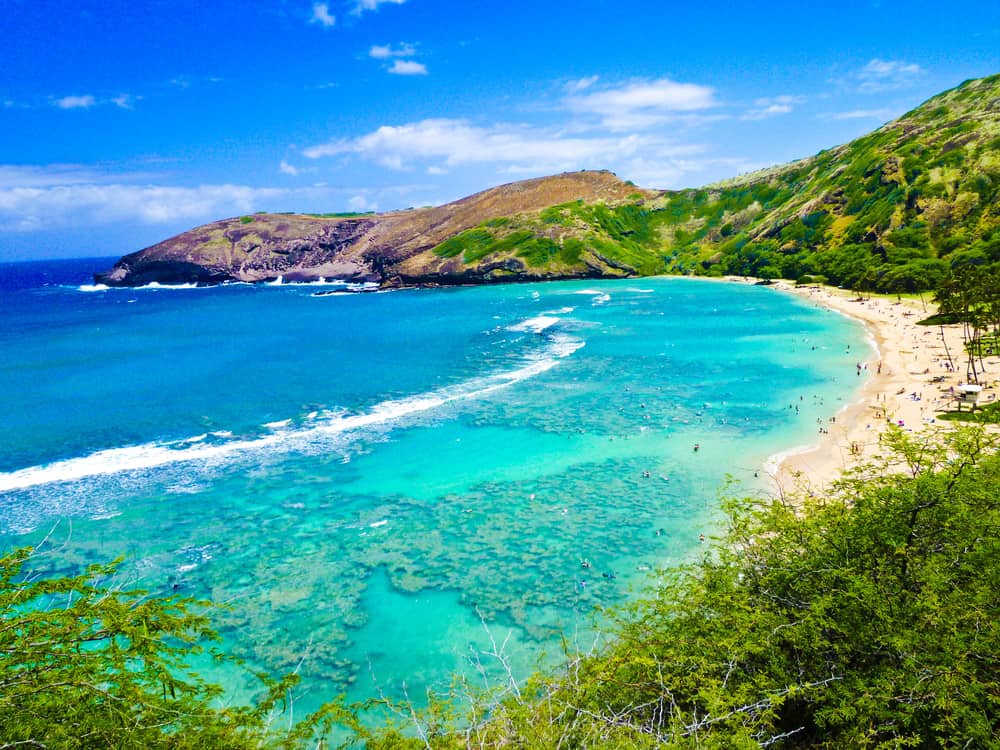 Flights to Oahu, Hawaii are among the most popular, as Oahu is home to the state capital, Honolulu. Honolulu is a premier tourist destination and an energetic business centre. Here you’ll find the iconic Wakiki beach with its restaurants, spas and nightlife, as well as historic Chinatown, the Iolani Palace, the Bishop Museum, Ala Moana Beach Park, and the Punchbowl - a crater that’s now a cemetery. To the west lies Pearl Harbor, site of the famous WWII bombing raid and the USS Arizona Memorial.

The island boasts six airports, making it easy to fly more directly to your destination and hop on your return private jet charter when your business or your break is over. Paramount Business Jets can also offer great deals on empty leg flights or one-way journeys to and from Oahu. 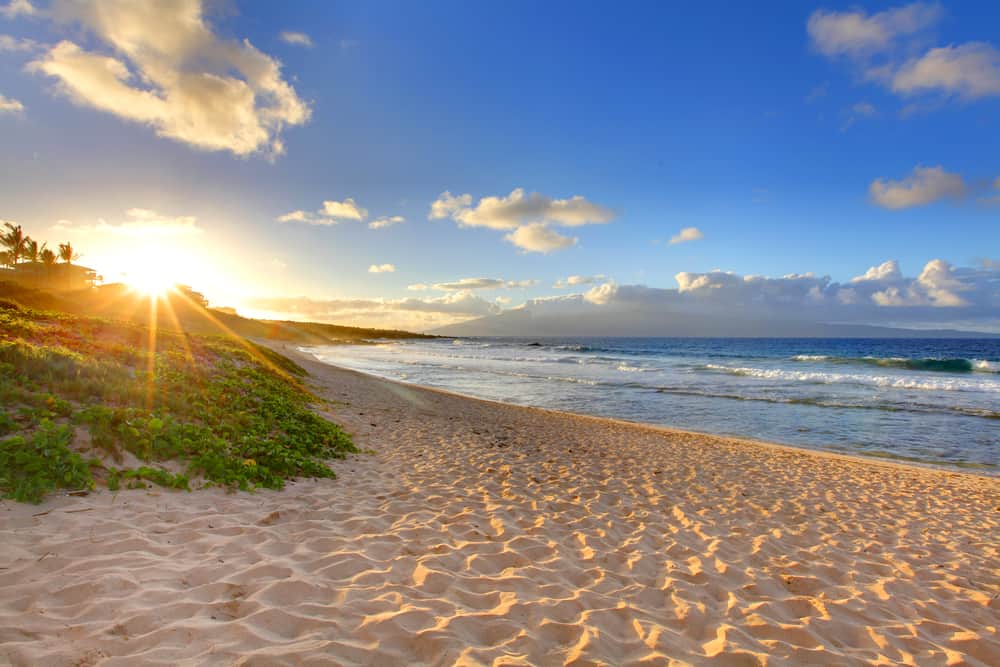 Most people chartering a private jet to Maui are heading for its largest city, Kahului. With five airports within a 50-mile radius, it’s easy to fly here by private jet for business, a holiday or the city’s exceptional shopping opportunities. Both Kahului Airport and Kapalua Airport are within 14 miles of the city.

Explore nature at the Kanaha Pond State Wildlife Sanctuary, history at the Alexander and Baldwin Sugar Museum or local culture and creativity at the Maui Arts and Cultural Center. If beach life is more to your liking, then head to Kanaha Beach County Park. Here you can either relax under the palm trees or spend your time more actively, exploring the watersports on offer.

The fourth largest island in Hawaii, Kauai is sometimes called the Garden Island. It’s famous for its cliffs, mountains, tropical rainforests and green valleys. This rugged landscape means some areas are only accessible by air and sea. It’s famous for being the site of Captain Cook's first Hawaii landing site in 1778. It is also known as the filming location for ‘Jurassic Park’ and ‘Raiders of the Lost Ark’.

The island has three airports, including the main Lihue Airport near the island’s capital of Lihue. So you’ll arrive at your destination quickly by private jet. This gives you more time to enjoy snorkelling, dolphin and whale-watching, golfing, picturesque waterfall walks, strolls through exotic gardens, and, of course, relaxing on the white sandy beaches. 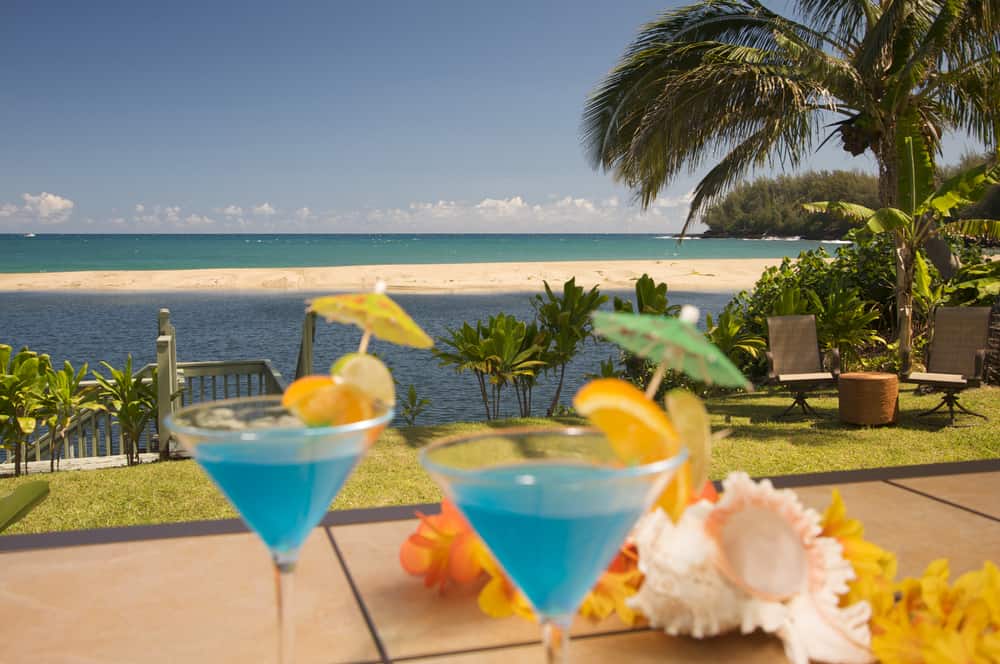 Lanai, often called the ‘Pineapple Isle’ in the past because of its agricultural success, is the sixth largest of the Hawaiian Islands. It has a population of only 3,000 people. Its main airport, Lanai Airport, is just 3 miles west of Lanai, the island’s capital, but only accommodates inter-island flights. However, you can fly to airports on nearby Maui, such as Kapalua Airport in Lahaina, and catch the ferry to Lanai from Maui’s Lahaina Harbor.

Small Lanai is home to many prestigious resorts, restaurants and golf courses and perfect white beaches with crystal blue water. It’s a truly beautiful and tranquil island. Visit the moon-like landscape of the Garden of the Gods or hike the Mahaulepu Heritage Trail. The trail starts from the famous beachcomber’s paradise Shipwreck Beach and is a beautiful site on it’s own. Scuba divers will love the magnificent rock formations and rare corals of the Lanai Cathedrals, home to underwater species found only in Hawaii.

How much to charter a jet to Hawaii?

The exact price of a flight to Hawaii depends on several different aspects, such as the type of plane and service you choose. At Paramount Business Jets we are happy to answer all your questions regarding the prices and availability of jets for flights to Hawaii. Get a quote on our website or call us on +1-877-727-2538.