Layover is hardly a term that anyone likes to hear at an airport. While a layover can sometimes be scheduled and expected by the customer, it is usually due to a broken component of an airplane, bad weather conditions, or other unexpected events that prevent an airplane from taking off. Layovers can be either a good or bad thing, depending on the needs of the customer. For example, if a person was on a flight from New York City to Los Angeles with a layover in Chicago, then the customer might find it enjoyable to be able to explore the city during the layover. However, if the customer was on the same flight but with a layover in Miami, FL, then they might find that there is not as much to entertain them.

A layover is different from a canceled or delayed flight. A canceled or delayed flight can be caused by weather, mechanical issues, safety issues, and many other reasons, just like a layover. However, in order to have a layover, you need to have passengers who are traveling to a destination be stopped or get stuck in a place on the way to their destination for a period of time. A layover can only occur when the people who are traveling on the flight stop in a place that is not their destination. The time they are at that place is called a layover time. With a delayed or canceled flight, the plane doesn’t even have to leave its original departure point. People most often associate a layover with a multi-stop flight or bad weather. For instance, if you have a two-stop flight, and you land in Denver on your way to Miami, you could be stuck there for a period of time because your connecting flight is late or because it has started snowing.

Due to increased air travel causing increased delays, layovers are becoming a consistent part of flying. To deal with this, airports are expanding their terminals to incorporate a variety of different shops, accommodations, and entertainment. At JFK International Airport in Long Island, NY, there is an international terminal with upscale clothing stores like Hugo Boss, Versace, and Guess, while giving customers the option of 5 different hotels to stay in and over 30 different places to eat. In the past, a layover meant a terrible experience for the customer, but in today’s world, airlines have recognized the unavoidability of layovers and now schedule flights predetermined to have layovers in and out of airports with the right accommodations for their passengers. 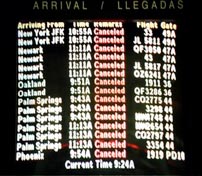 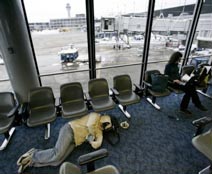