Drag is the force that resists the movement of an aircraft through the air. There are two basic types of drag: parasite drag and induced drag.

Parasite drag consists of all the forces that work to slow an aircraft’s movement. It includes the displacement of air by aircraft, turbulence generated in the air stream, or the hindrance of air moving over the surface of an aircraft and airfoil. There are three types of parasite drag:

Induced drag is inherent whenever an airfoil is producing lift, and in fact, this type of drag is inseparable from the production of lift. It is always present if the lift is produced. The amount of induced drag varies with the square of the airspeed. Conversely, parasite drag increases as the square of the airspeed. As the airspeed decreases to near the stalling speed, the total drag becomes greater, mainly due to the sharp rise in induced drag. As the airspeed reaches the terminal velocity of the aircraft, the total drag again increases rapidly due to the sharp increase of parasite drag. 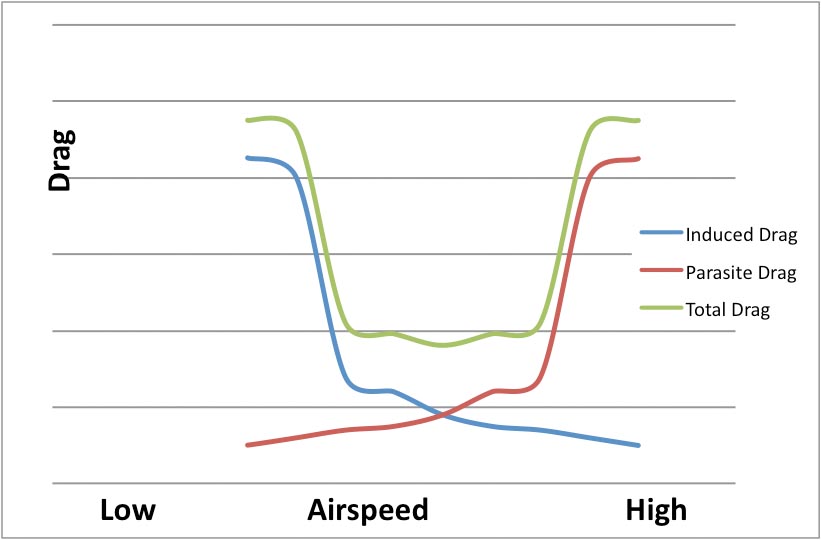