Approach and Departure Control is a traffic separation service that is provided through Terminal Radar Approach Control (FAA TRACON) in the resident air traffic control facility of the airport. The TRACON of an airport controls incoming and outgoing aircraft within 30 to 50 nautical miles and between 10,000 to 15,000 vertical feet of the airport using radar. However, it is not provided at all airports, as it is only utilized in Class B or Class C airspace. This not only covers the principal airport but also any other uncontrolled airport that may fall under the airspace.

The primary function of approach/departure control is to separate the IFR aircraft flying into and out of the airport. In support of this task, TRACON controllers have the responsibility of handing off an aircraft to the next appropriate control facility at the proper altitude and safe speed during approach and departure. If this approach/departure control is done properly, a departing aircraft should be guided from the runway up into the controlled airspace safely, and an approaching aircraft should be directed down to the runway without hazard.

As a pilot, the frequencies for an approach/departure control can be found on an aeronautical chart or approach plate. Most airports will have numerous frequencies to divide the tasks of controlling several approaching and departing aircraft. The frequencies can be divided by altitude, the direction of aircraft from the airport, runways in use, approach methods I use, approaching or departing aircraft, and aircraft passing through or aircraft using the airport. 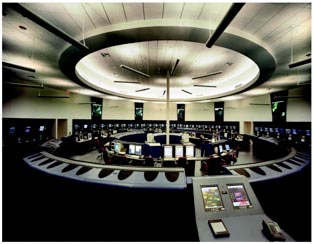