What are aircraft tugs? Well, you may know them as towing tractors, airport tractors, or aircraft pushback tractors. You will see heavy-duty airplane tugs, with their low profile and large wheels, being driven around at airports. However, more compact, driverless machines are all that’s needed for smaller planes.

What Are Aircraft Tugs Used For?

Put simply, an airplane tug is a machine or driven vehicle used to maneuver an aircraft into its required position. Tugs can be used to move a plane:

Why Are Airplane Tugs Necessary?

If you’re wondering why planes can’t just taxi to hangars, gates, or stands, there are a few reasons:

How Do Aircraft Tugs Work? 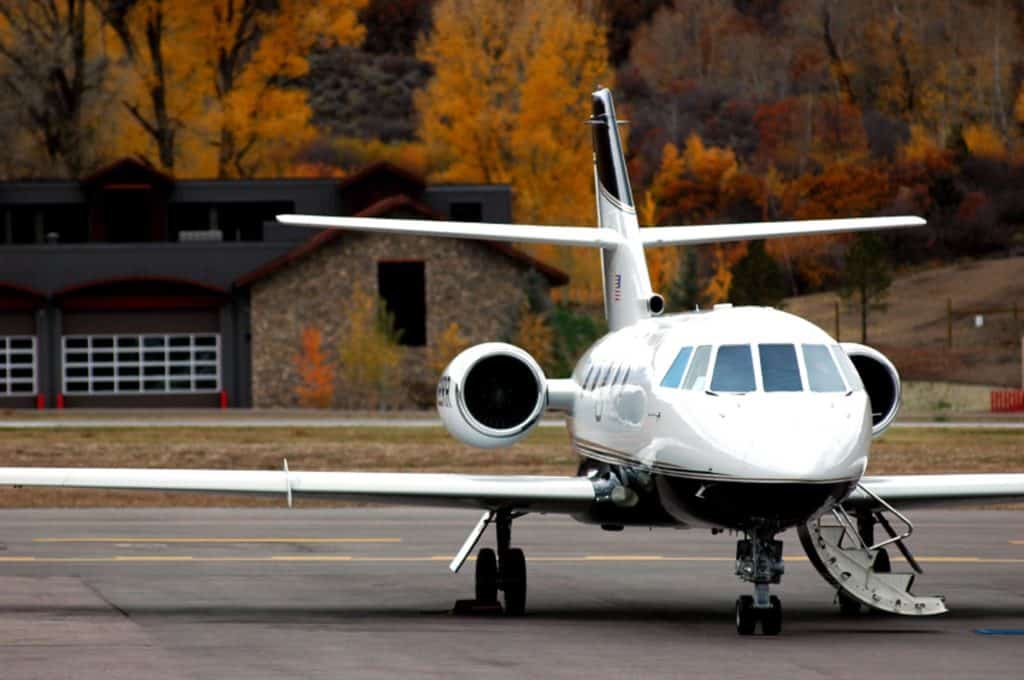 How an airplane tug works depends on its type. Let’s look at different aircraft tugs and their uses.

Tow bar tugs can be electric, gas, or diesel-powered. They use aircraft towbars that attach to the tip of the aircraft. They’re suitable for a variety of planes and can pull heavy aircraft effortlessly. However, the use of a towbar restricts their turning circle and speed.

Towbarless tugs use a hydraulic system to lift the tip of the plane and mount it securely on the tug before moving it. They can move much faster than those with towbars and have a smaller turning circle. This makes them not just quicker, but more versatile. Both diesel and electric versions are available.

On a pushback tug (which uses a towbar), the operator faces the aircraft.  This provides better visibility of the attaching mechanism and makes pushback tugs ideally suited to ‘pushing back’ (i.e., reversing) the aircraft from a gate.

Driverless aircraft tugs are machines often designed to move smaller aircraft. They can be autonomous (programmed by software), operated by remote control, or manually operated. Autonomous electric tugs are increasingly being designed and used to move larger aircraft too, cutting down on ground handling costs. 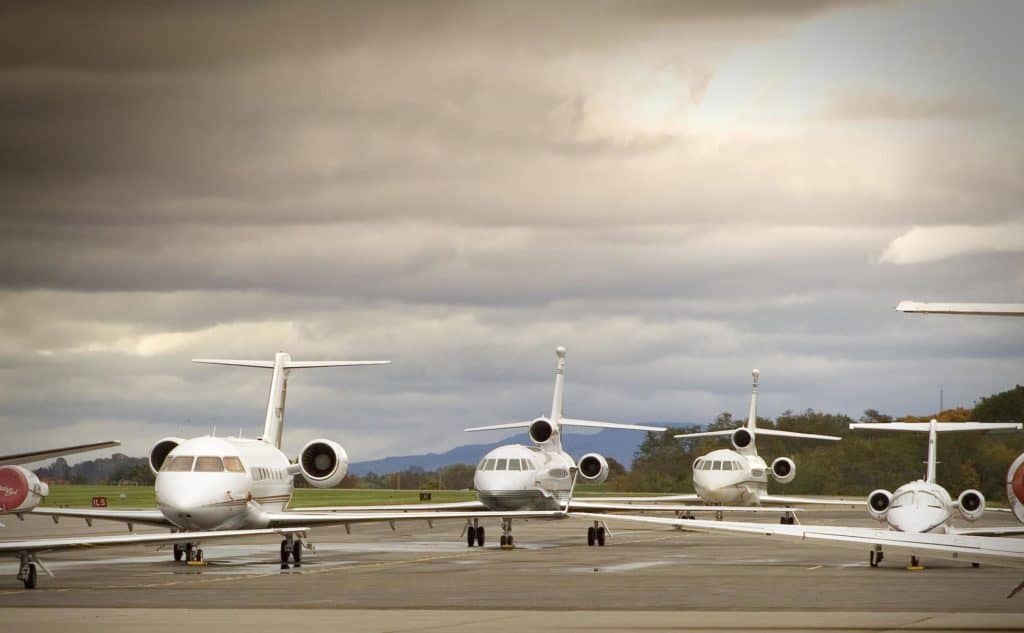 Powertow’s newest model is the Supertow Striker. Suitable for aircraft up to 15,000 lbs, it has the originally patented self-loading ‘Lazy Susan’. This prevents over travel and damage to nose gears. It offers easy, single-handed control. With a low profile for nose gear door clearance, it’s ideal for larger aircraft (without wheel pants), tail draggers, and heavier twins such as the Beech C-90 and Cessna Conquest 425.

The TowFLEXX brand was born when senior executive Hanns Schickling built his first compact tug, the SchleppMAXXE (TugMAXX), for his own small airplane. Today, TowFLEXX produces electric towbarless tugs to transport aircraft and helicopters up to 132,000 lbs.

The TowFLEXX TF5 can tow aircraft up to 132,000 lbs. It’s ideal for use with super-midsize jets and helicopters. However, adjustable nose wheel adapters allow small aircraft to be moved too. The plane’s nose wheel is picked up on TowFLEXX’s unique 360° turntable, allowing the tug to move freely around the nose wheel without twisting it. The TF5 offers advanced wireless remote control and LED headlights.

Eagle Tugs was founded in 1969 with the development of the innovative Eagle Bob Tail cargo tug, which is still a market leader. Twenty years later, it began releasing its All Wheel Drive (AWD) TT series of aircraft tractors.

The TT-4 is backed by a unique 3-year/3,000-hour warranty. It offers an optional all-wheel drive power train, providing controlled traction on all surface conditions. The mid-operator design gives operators safe ‘slide-in & slide-out’ access, and a direct line of sight to front and rear hitches. Its max tow is 55,000 lbs, making it ideal for aircraft such as the G150 and Citation Sovereign.

Aero-Pac is NATO listed. This Belgium-based company exports complete ground support solutions to over 70 countries. It offers tugs for small- and medium-sized aircraft, including helicopters.

Its latest tug, the APT8000, has a patented swivel adapter for greater maneuverability. The electric control handle allows for precision control of speed and direction. It’s environmentally friendly, with a portable battery box.

AeroTow was founded in 1996 by licensed private pilot Terry Railing. He saw a gap in the market for better tugs for small airplanes. The Michigan-based company has now been acquired by Amigo Mobility.

The AeroTow T1 is a powered towbar with a maximum tow capacity of 5,000 lbs. It’s suitable for planes such as the Cirrus, 100 series Cessna, Piper Comanche, single-engine Beechcraft, and tail draggers. It has an adjustable fork and simple handle controls. 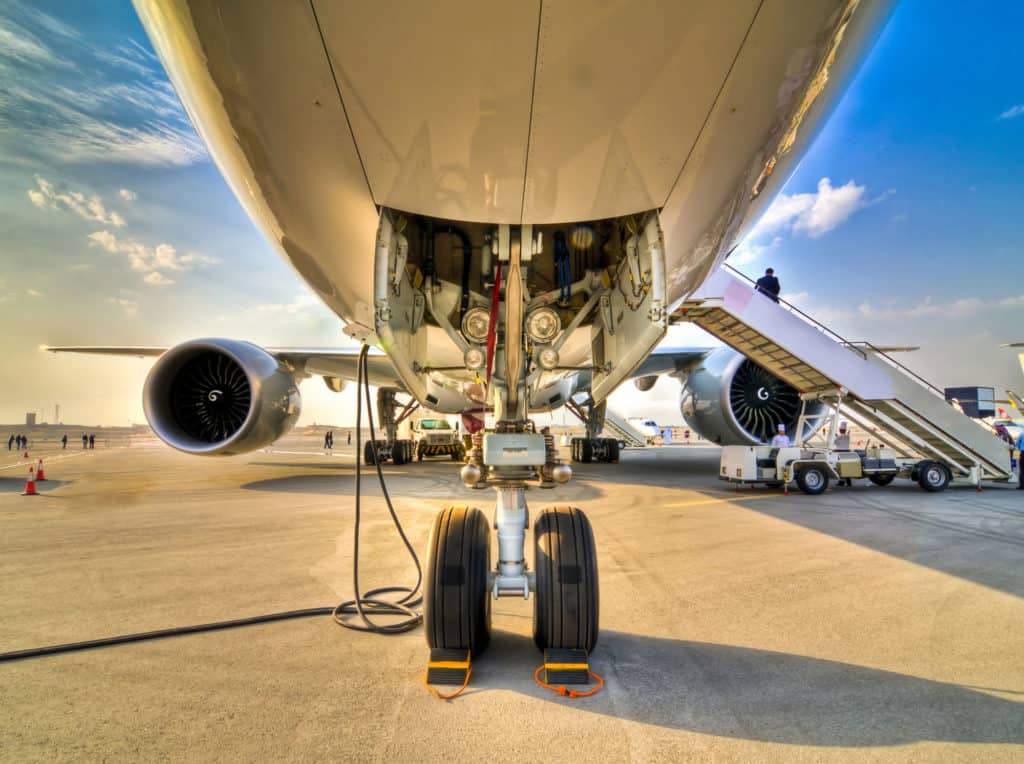 FMC was founded in the 1950s and rebranded as JBT Aerotech in 2008. It has since acquired other ground support and maintenance companies, including Aircraft Maintenance Support Services (AMSS) Ltd and LEKTRO.

The LEKTRO 83 tow tractor is a single-person operation electric tug with a tight turning radius. Designed to tow aircraft up to 15,000 lbs, it’s perfect for most piston engine aircraft and single-engine turboprops. A nose gear lift cradle and nylon strap secure the aircraft's nose wheel, removing the need for a tow bar or the typical hard capture system of towbarless tugs.

Founded in 2017, Best Tugs is based in Utah, producing airplane tugs that make use of innovative software. Its tug ranges include Alpha (dragger-style), Bravo (loader-style), Echo (advanced ride-on), Romeo (remoted-controlled), and Heli (dual-purpose tugs for planes and helicopters).

The Romeo R8 has a towing capacity of 8,000 lbs. This aircraft tug is remote-controlled with torque control via its on-board computer. It offers auto chock and auto brake technologies.

Airtug is based in Richfield, Ohio, and has been manufacturing tugs since 1974. It provides a range of motorized walk-behind tugs capable of towing planes up to 16,000 lbs.

Its most popular model is the electric NFE-4 tug. Ideal for Cirrus aircraft, it’s also suitable for most nose-fairing aircraft weighing up to 4,000 lbs. Unlike single-wheel tugs, the NFE-4 can lift the nose wheel off the ground, making maneuvering and pivoting simple. Its smart battery charger and unique “Thumb Throttle” system make it easy to use.

AircraftCaddy by DJ Products Inc. is based in Little Falls, Minnesota, and named after its famous former resident, Charles Lindbergh. Charles made the first solo non-stop flight from Long Island, New York to Paris in the ‘Spirit of St. Louis’. They specialize in battery-powered, walk-behind, aircraft tugs designed for easy single-person operation. What's more, all of their units are electric and are able to move up to 35,000 lbs.

The one that requires particular attention is the Walk Along or Ride on Tractor, which can pull aircraft up to 15,000 lbs. It enables the user to hop on the tug to ride it or walk behind it. If that wasn't enough, the company also offers a Lift Bucket that can lift the nose by 10", which essentially lowers the aircraft's tail to fit through the hangar door.

Minimax Aircraft Tugs was founded in 2011 and is based in Evansville, Indiana. Their range of portable electric aircraft tugs is all manufactured in the US.

The Boss Trail Dragger tug has a simple knock-down design for easy transport and is suitable for planes up to 4,000 lbs. It has three transmission speeds, an automatic brake, and a built-in rheostat.

Aircraft tugs are becoming ever more advanced yet simple to use. The move towards electric and autonomous tugs is helping to reduce costs and pollution while improving safety. Whatever size or type of aircraft you have, there’s an airplane tug to make moving it quick and easy.