Paramount Business Jets provides the safest private jets at the best prices for all private aircraft charter services to and from Washington, District of Columbia. 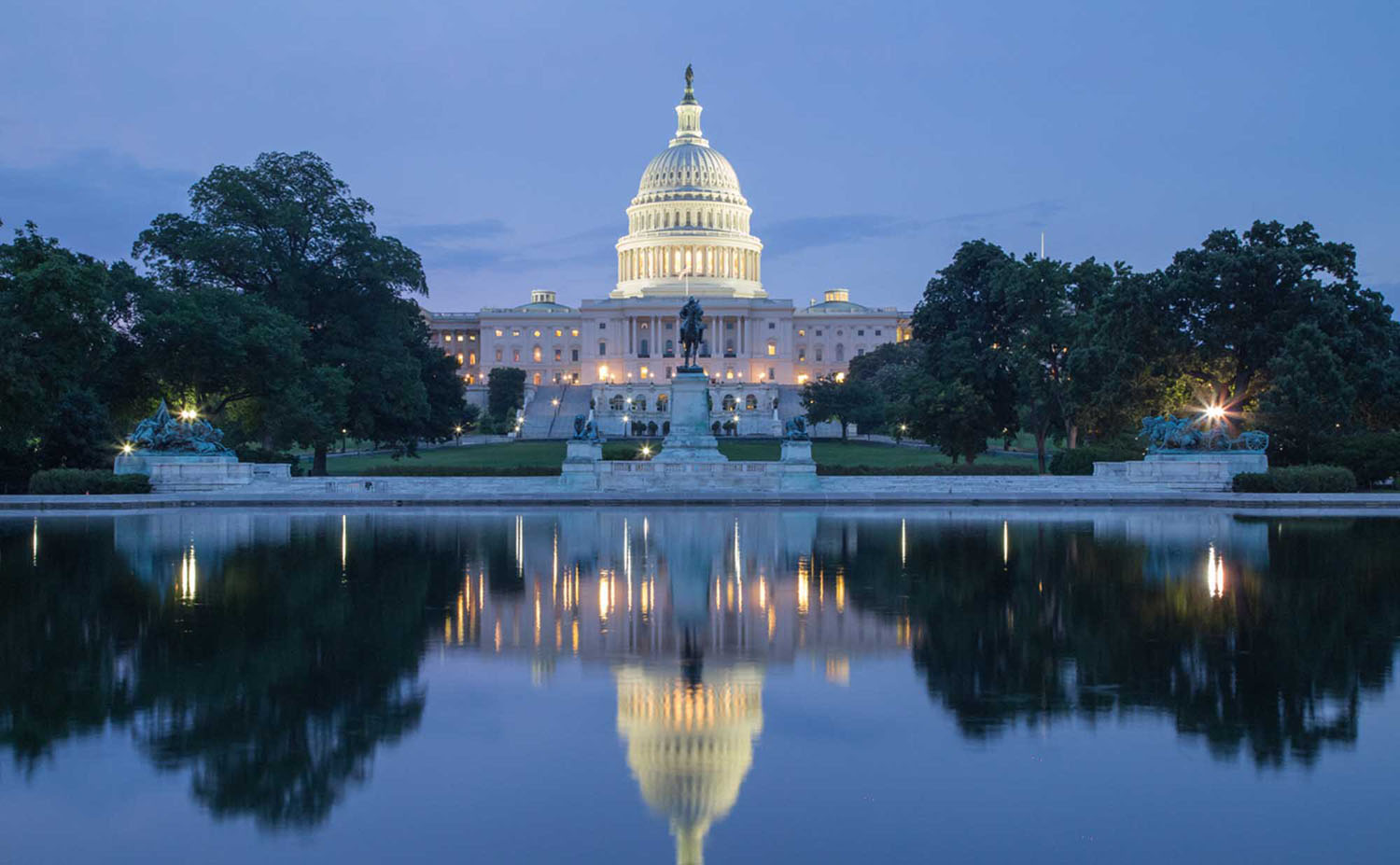 29 Jets Currently Based Near Washington

The most popular aircraft in the Washington, D.C., area include the Citation CJ3, Hawker 400 XP and Learjet 35A light jets; the Hawker 800 XP, Gulfstream G150 and Learjet 60 midsize jets; the Gulfstream IV-SP, Challenger 604, Falcon 900B and Falcon 2000EX Easy large jets; and the Gulfstream V and Global Express long range jets.

Paramount Business Jets will take care of your luxurious private jet flight into or out of Washington, D.C. Whatever you need, from five-star facilities and gourmet cuisine on board to luxury ground transportation and top-notch concierge services, the aviation experts at Paramount Business jets will get it for you.

Safety is our utmost priority. Our expert pilots have certified flying hours that far exceed the minimum standards required by the FAA. They will make your flight not only safe but as pleasant as possible. You can sit back and relax knowing that the crew is dedicated to your comfort and safety and is intimately familiar with your aircraft.

Paramount Business Jets specializes in luxurious private and corporate jet charters to and from Washington, D.C. Whether going to the nation’s capital for business or pleasure, you’ll have peace of mind knowing that the aviation experts at Paramount Business Jets have everything handled. You’ll have your own personal team of service-minded aviation experts to cater to all your wants and needs.

Paramount Business Jets offers the safest jets for the best prices. For jet charter inquiries and bookings, call us at +1-877-727-2538 or email us at charter@paramountbusinessjets.com.

How much does it cost to charter a private jet to or from Washington?

Private jet rental prices to or from Washington, D.C., will depend on which aircraft you choose, how far you need to travel and how long you need to stay before you return, in addition to other factors.

Which Aircraft Category is Best for my Charter Flight to Washington?

Choosing the ideal aircraft for your Washington private jet charter is based on your comfort level, non-stop range, total passengers, the amount of luggage, as well as, the minimum runway required.

Private Jets and Helicopters Available for Hire Near Washington

The District of Columbia. The capital of the United States. The White House. The Capitol Building. Monuments and Smithsonian museums. The National Mall. Bus tours and great food. The cavernous Washington Metro. Kennedy Center.

Known to many as the political capital of the free world, Washington, D.C., which is sandwiched between Virginia and Maryland on the Potomac River, draws as many tourists as politicians. There is so much to see in the city of monuments and iconic buildings, including all three branches of the United States government, the Capitol, the White House and the Supreme Court.

Many historic events, including Martin Luther King’s “I have a dream” speech,  have taken place on the National Mall, which is a national park. The monuments are all free to visit as are the Smithsonian museums that flank the National Mall.

The Smithsonian Institution, which includes 19 museums, galleries and the National Zoo, has a collection of more than 155 million objects and works of art. The Museum of Natural History, which explores the origins of man, is a crowd favorite.

Washington, D.C., has three professional sports teams, the NHL Washington Capitals, the NBA Washington Wizards and the (to be renamed) NFL Washington Redskins.

Several universities are located in Washington, D.C., including the prestigious Jesuit Georgetown University, which has two schools, the School of Foreign Service and the McDonough School of Business. In addition, many out-of-town universities have branches in Washington.

Business people charter private jets to Washington, D.C., to do business at one of its many companies, including five that are on the Fortune 500 list, Fannie Mae, Freddie Mac, Lockheed Martin, General Dynamics and Capital One.

Visitors should be sure to check out Kennedy Center, the famed performing arts center; the Spy Museum and the kiosks selling Ethiopian food, a Washington favorite.