Charter a Private Jet to the New Orleans Jazz Festival

It was April 1970. Mahalia Jackson – perhaps the greatest gospel singer ever – was in her hometown of New Orleans during its first Jazz & Heritage Festival. She was hanging out with Duke Ellington, another of the first performers, when the Eureka Brass Band marched in front of them, leading a crowd of second-liners partiers.

The festival organizer handed Mahalia a mic, and she started singing and marching along with the crowd.

1975: The first in the poster series features Fats Houston, leader of the Eureka Brass Band. If you can find it, you’ll pay about $2,500 for it.

2017: The Meters, one of the headliners at the first Jazz Fest, are featured on the official poster as they were in 1966: Art Neville, George Porter Jr., Joseph "Zigaboo" Modeliste" and Leo Nocentelli.

Also in 2017, there is a Congo Square poster of Jon Batiste.

If you long for that kind of spontaneous, one-of-a-kind, goosebump-producing musical moments, Paramount Business Jets can arrange a charter flight for you to the New Orleans Jazz and Heritage Festival into any nearby airport, including:

Booking early has many advantages. Enter a few details below to start planning your private jet flight to the New Orleans Jazz Festival.

The festival started in 1970 as a way to celebrate the music and culture of the city of New Orleans. Although it’s called a Jazz Fest (and there is plenty of jazz there), it features all indigenous music, including the blues, R&B, Cajun, Afro-Caribbean, zydeco, Latin, rock and blue grass.

In recent years, musical stars from all over the planet have been invited to play as the fest grew from 350 fans buying $3 tickets to see acts on four stages in Congo Square in 1970 to 400,000 fans buying $50 daily tickets for music on 14 stages and tents in 2016. The 145-acre Fair Grounds is just 10 minutes from the French Quarter.

Today, in addition to the music playing on the 14 stages at the Fair Grounds – where it was moved in 1972 – visitors also get to buy any and all famous Louisiana foods and crafts from local artisans.

Wein didn’t go to the French Quarter to find musicians; he went to the African-American clubs, where New Orleans’ signature sound was born.

The first artist booked was Snooks Eaglin, a guitarist and singer who had been making a living performing on the streets. He died in 2009.

The Jazz Fest has been steadily growing ever since, surviving drops in attendance after 9/11 and after Hurricane Katrina. Today more than 600 acts perform over the two weekends. 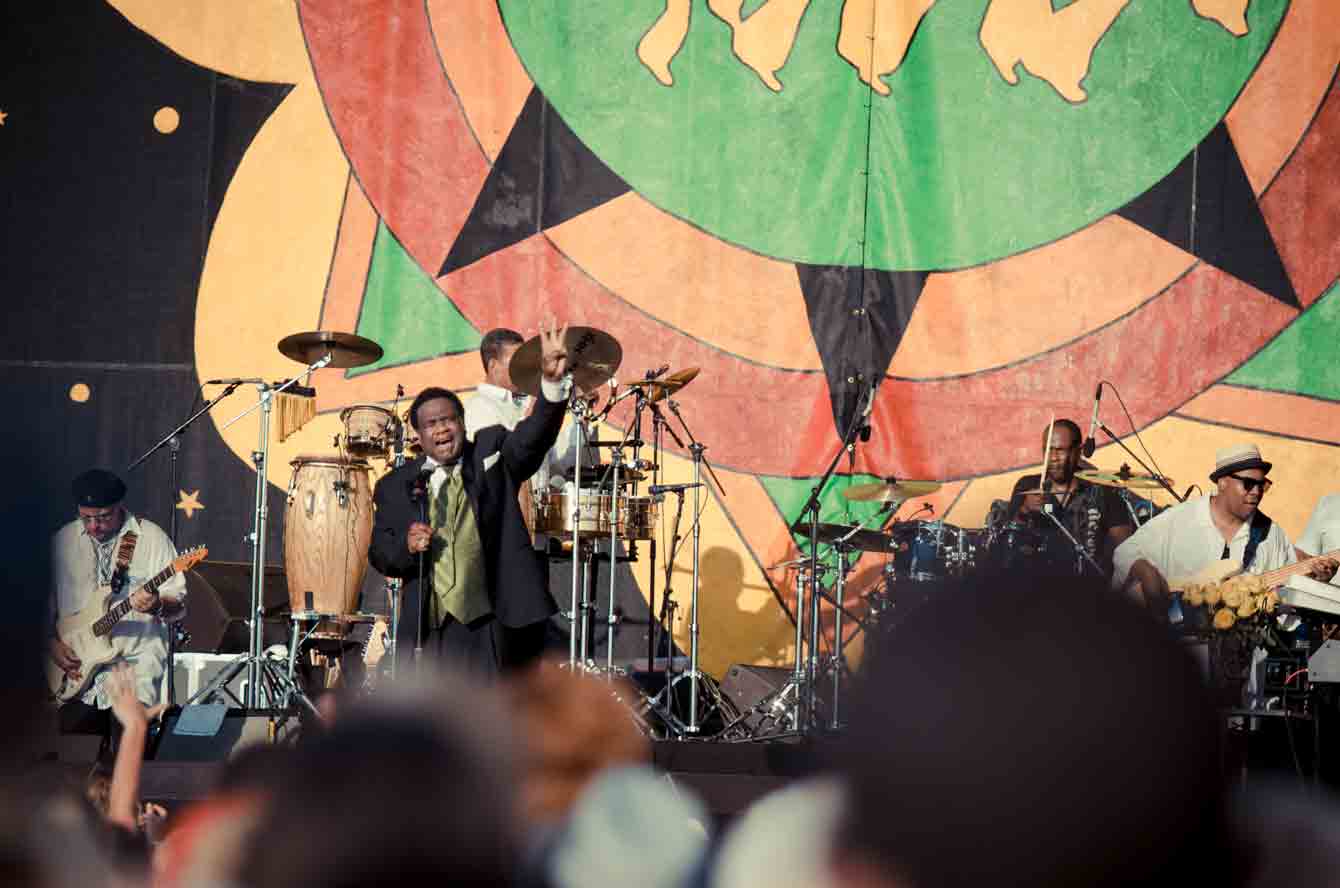 There are a lot of trinkets and souvenirs to buy at the Jazz Fest but none as famous as one in its series of limited-edition posters, recognized as the world’s most famous poster series.

The first one, which was made to commemorate the festival in 1975, was a painting of Fats Houston, leader of the Eureka Brass Band. If you can find it, you’ll pay about $2,500 for it.

The official 2017 poster, which is a drawing of The Meters, can be purchased new for about $70.

FROM NEW ORLEANS (or elsewhere in Louisiana)

There are few places in the world more famous for its wonderful dishes than New Orleans. Throughout the festival, there are stands and food trucks selling just about anything your heart desires, including:

One of your favorites not on this list? No worries. You’ll find it there somewhere.