Paramount Business Jets provides the safest private jets at the best prices for all private aircraft charter services to and from San Francisco, California.

Estimate Private Flight Prices to and from San Francisco, California 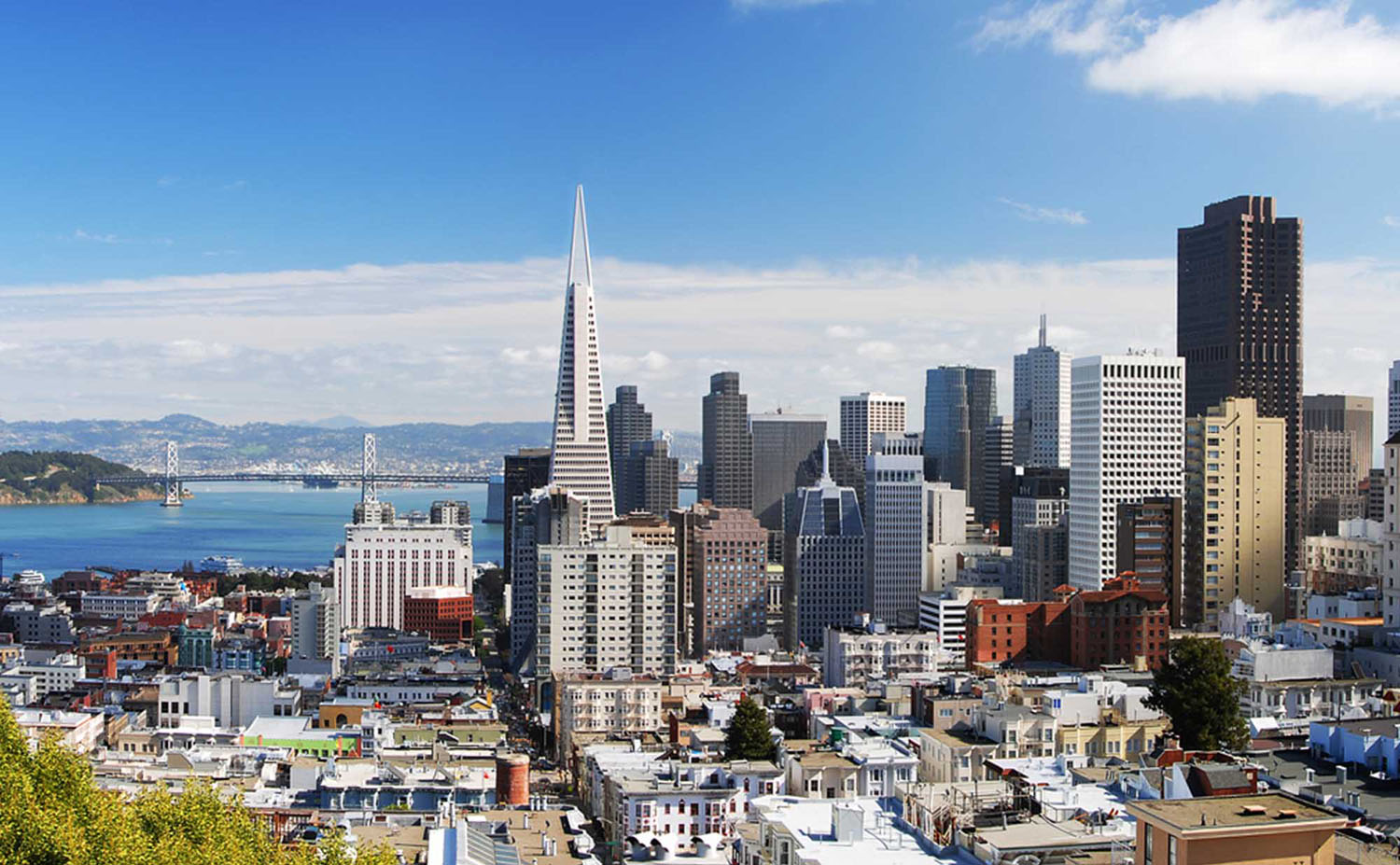 50 Jets Currently Based Near San Francisco

The most popular aircraft types in the San Francisco area include the King Air 200, King Air 350 and Pilatus PC-12 executive turboprops; the Citation CJ2, Learjet 35A and Citation V light jets; the Challenger 300,  Gulfstream IV-SP, Challenger 604's and Falcon 2000EX super midsize and large jets; and ultra long range jets such as the Gulfstream G550, Global 5000 and Gulfstream V.

Paramount Business Jets will arrange everything you need for your luxurious private jet flight into or out of San Francisco. From the five-star facilities and gourmet cuisine on board to luxury ground transportation and top-notch concierge services, every detail of your flight will be specifically designed to meet your needs. Let our Paramount Business Jets aviation experts know what you want and they will be happy to get it or do it for you.

Safety is a priority at Paramount Business Jets. Our expert pilots have certified flying hours that far exceed the minimum standards required by the Federal Aviation Administration (FAA). They work hard to make your flight as pleasant and hassle-free as possible. You can sit back and relax knowing that your pilot is dedicated to your comfort and safety and is intimately familiar with your particular aircraft.

Paramount Business Jets specializes in customized private jet charter flights to and from San Francisco, California. As San Francisco is one of the top 10 private jet destinations in the US, there are many aircraft and airport options from which to choose.

If you are looking for the ultimate in luxury for a large travel group, Paramount Business Jets can arrange a VIP airliner charter for you on a jet such as a Boeing Business Jet or an Airbus Corporate Jet. We also have access to turboprop airliners for more cost-effective large group charters.

Call us at +1-877-727-2538 or email us at charter@paramountbusinessjets.com for information, the best prices and the safest private jets for charter, all customized to your specific charter flight.

How much does it cost to charter a private jet to or from San Francisco?

The cost of renting a private jet to or from San Francisco will depend on which aircraft you choose, how far you need to travel and how long you need to stay before you return, in addition to other factors.

Which Aircraft Category is Best for my Charter Flight to San Francisco?

Choosing the ideal aircraft for your San Francisco private jet charter is based on your comfort level, non-stop range, total passengers, the amount of luggage, as well as, the minimum runway required.

Private Jets and Helicopters Available for Hire Near San Francisco

San Francisco has long been a city where hopes and dreams come true. What began as a settlement for gold-rushers has evolved into a high-tech city. In the years in between, it was the capital of the free-loving counterculture hippie movement.

With the Golden Gate Bridge linking it to Marin County and the famous Alcatraz Prison in the background, this city is packed with colorful, lively places like Market Street and Union Square with a number of excellent shopping areas, performing arts centers and opera houses, world-class museums, fine restaurants, great bars and nightclubs, and cozy coffee houses.

For sports fans, San Francisco has the professional sports teams of the NBA Golden State Warriors, the MLB Giants, the NFL 49ers and the NHL San Jose Sharks. All have won or gotten close to winning their league championships in the last decade.

San Francisco’s big seaport, with its popular Pier 39, is perfect for amazing waterfront activities including dining, shopping and live entertainment. You will likely catch a glimpse of sea lions sunning themselves off the floating docks.

San Francisco has it all, from natural beauty, cosmopolitan atmosphere, impeccable quality of life, to diversity and reputation for technological and entrepreneurial innovation.

No wonder it is a popular destination for business and pleasure, domestic and international travelers. There is so much to see in San Francisco, make sure to spend as much time there as you can. And, maybe you, like the legendary singer Tony Bennett, will leave your heart there.