One of the largest and most spacious light jets, the Cessna Citation V is also equipped with an impressive range of 1837 sm, accompanied by its short runway requirements. Able to service six passengers, the 17 foot long Cessna Citation V cabin provides a full private lavatory.

One of the largest and most spacious light jets, the Cessna Citation V is also equipped with an impressive range of 1837 sm, accompanied by its short runway requirements. Able to service six passengers, the 17 foot long Cessna Citation V cabin provides a full private lavatory. 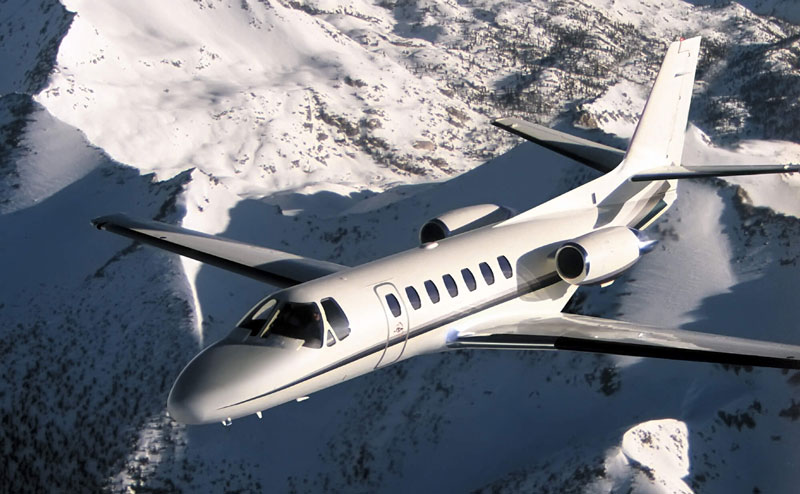 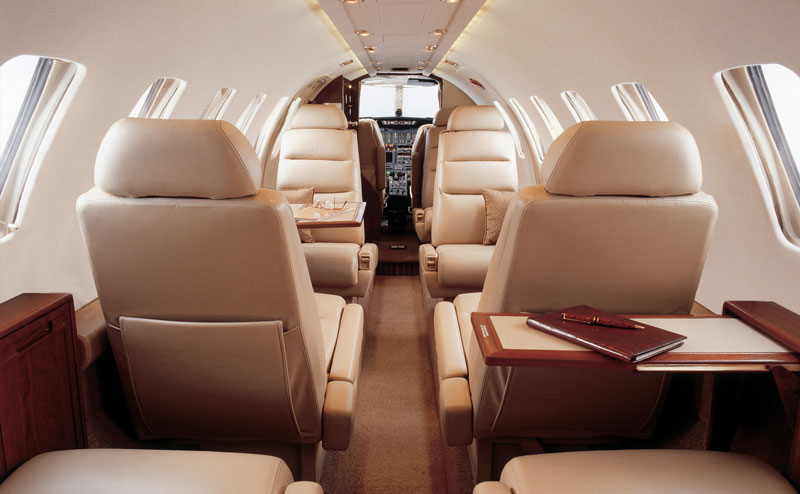 The average hourly rental rate of the Citation V is around 3,250 USD per hour.

More about the Citation V

The Cessna Corporation announced the next iteration for its Citation line in 1989, with its new Citation V showcasing improvements recommended by prior clients. The strongest feature of the Citation V is its ability to ferry a relatively large payload over fairly long legs. The Citation V also features a roomy, comfortable cabin and best in class airport performance, quickly earning its place in the industry and maintaining the expectations for performance as established in the Citation line.

Key Features of the Citation V

While this private business jet can accommodate as many as ten passengers, the Citation V is generally configured to seat seven. The cabin of the Citation V measures 17.7 feet long, 4.9 feet wide, and 4.8 feet in height. To take advantage of the longer cabin, passenger seats come standard with lumbar back support and are capable of reclining up to 60 degrees. The Citation V utilizes new soundproofing techniques and triple glazes have been applied to the windows for a quieter cabin. With a maximum pressure differential of 9.0 psi, the Citation V is capable of maintaining sea level pressure at an altitude of 23,586 feet and is capable of maintaining a pressure of 8,000 foot cabin altitude at its maximum certified altitude of 45,000 feet.

Capabilities of the Citation V

With a 340 degree view from the flight deck, pilot situational awareness is strongly reinforced. Cessna chose a Honeywell avionics package for this prestigious jet. Instrumentation in this package include  standard two tube Honeywell EFIS on the left side, a Global-Wulfsberg GNS-X NAV management system, Loran-C sensor, a Honeywell SPZ-500 integrated flight director and autopilot system, which utilizes two five inch EFIS (EADI and EHSI) indicators located on the pilot’s panel, electrically powered mechanical ADI and HIS units on the right side, a standard flight control system, an air data computer, dual C-14 compass system, and dual Collins Proline II remote-mounted communications and navigation system. Optional avionics include a multi function display for the center panel and an optional EFIS upgrade for the copilot’s side.