Paramount Business Jets provides the safest private jets at the best prices for all private aircraft charter services to and from William P Hobby Airport.

Private Jet Charter to and from William P Hobby Airport

When flying into Houston – the Energy Capital of the World – on a private jet, William P. Hobby Airport (HOU) is the most convenient place to land.

If you charter a private jet into HOU (ICAO: KHOU), you will be a mere seven miles from downtown Houston. It has all the amenities – including international service – of Houston’s largest airport, George Bush Intercontinental, which is 23 miles from downtown. 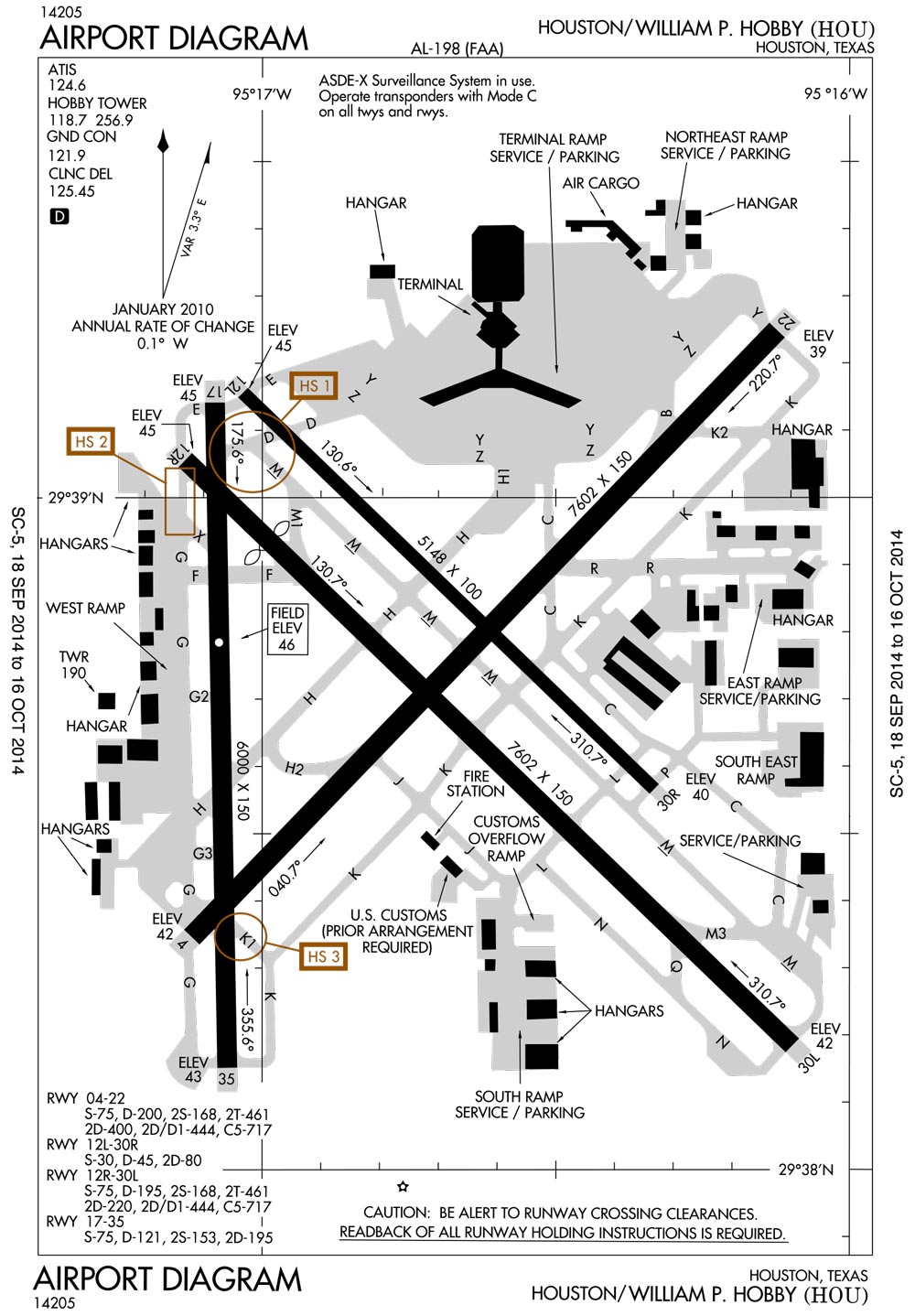 The abundance of crude oil, black gold, Texas tea off Houston’s shore has put the city at the center of the energy industry and made it a destination for many chartered business jets.

The largest city in Texas with a population of more than 2.3 million people, Houston is a conglomeration of oil wells, pipelines, refineries and shipping ports. In fact, some 30 percent of the nation’s jobs in oil and gas extraction are in Houston, according to the U.S. Bureau of Labor Statistics.

Houston has also become the worldwide center for developing new technology in the energy industry, including the development of things like electric cars.

Business executives from all over the world charter private jets into William P. Hobby Airport to get to the 500 oil and gas firms that are headquartered in Houston. Or, they hire a private jet into HOU to get to the nine refineries that produce 2.3 million gallons of crude oil every day.

In its bid to land the 2020 World Petroleum Conference, the city of Houston joined forces with the federal government, energy companies and industry trade associations and convinced the bid committee it was worthy of the prestigious gathering.

“Houston is the perfect location for the WPC. We are home to more than 4,800 oil and gas companies, including 23 Fortune 500 firms and more than 91,000 engineers. Plus, our petrochemicals and gas products are distributed around the world through the Port of Houston which is the number one U.S. port in foreign tonnage,” Galen Cobb, U.S. WPC Bid Committee Chair, said.

Houston is also the headquarters for 16 of the nation’s 20 largest U.S. interstate oil pipeline companies and 17 of the top 20 natural gas transmission companies.

Houston’s cultural diversity is also a plus. More than 140 languages are spoken in the city and nearly 25 percent of Houston’s population was born outside the United States.

Why hire a private jet into HOU?

While a handful of commercial flights – American, Delta, JetBlue and Southwest – fly in and out of Hobby Airport, it is mainly used for general aviation, private and charter business jets.

When Hobby Airport opened in 1927, it was merely a landing field called W.T Carter Field. Ten years later, in 1937, the city of Houston bought the airport and renamed it Houston Municipal Airport.

In 1938, the airport renamed again as Howard R. Hughes Airport after the Houston billionaire who had paid for major improvements to the airport and had set a new speed record by flying around the world in 91 hours. But, that name was to be short–lived for city leaders learned that airports named after living individuals did not qualify for federal grant money. It reverted to Houston Municipal Airport.

The airport grew and changed over the years. Paved runways, hangars and lighting were installed during World War II. An international wing was added.

In the 1950s, expansion continued and the name was changed to Houston International Airport.

When the George Bush Intercontinental Airport opened in 1969, it took away all the commercial flights from Houston International (which, to avoid confusion, was renamed the William P. Hobby Airport after the 27th Governor of Texas). Hobby Airport became a general aviation airport.

The Houston Airport System – George Bush Intercontinental, William P. Hobby Airport and Ellington Airport, a general aviation/military airport – boasts of having one of the largest collections of art in Texas. Almost everywhere you look, you’ll see paintings, sculptures, photographs and other works of art done mostly by Texas artists.

Jet Aviation Houston offers state–of–the art facilities, amenities and experienced personnel for its services that include domestic and international handling, catering, aircraft cleaning and refueling. Its amenities include: 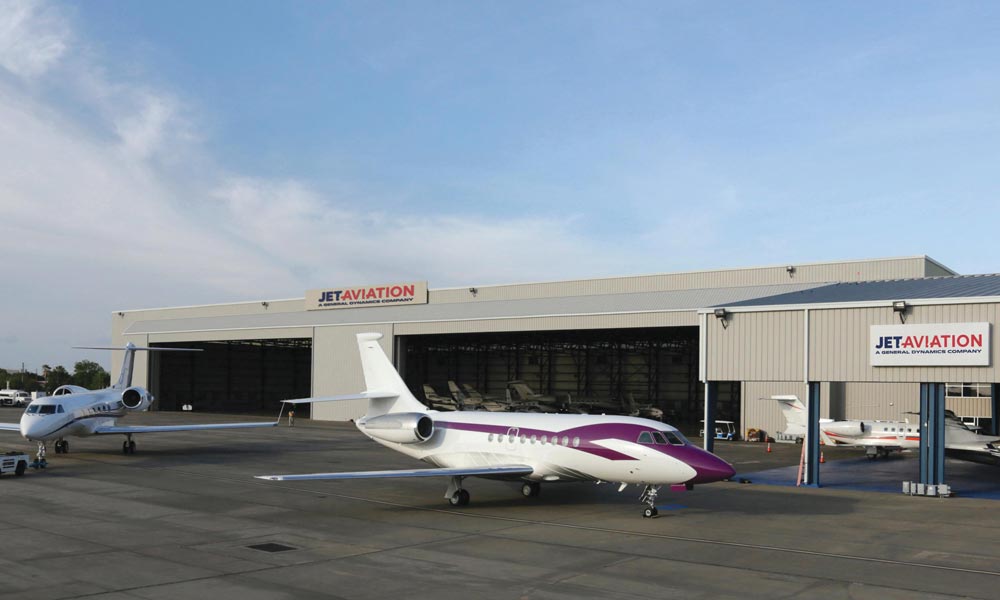 Wilson Air Center has hotel–style concierges and boasts of its “Don’t Say No” policy. Offering services for any size aircraft, the Wilson Air Center is located on the less congested south end of the field, adjacent to U.S. Customs Services. Amenities include: 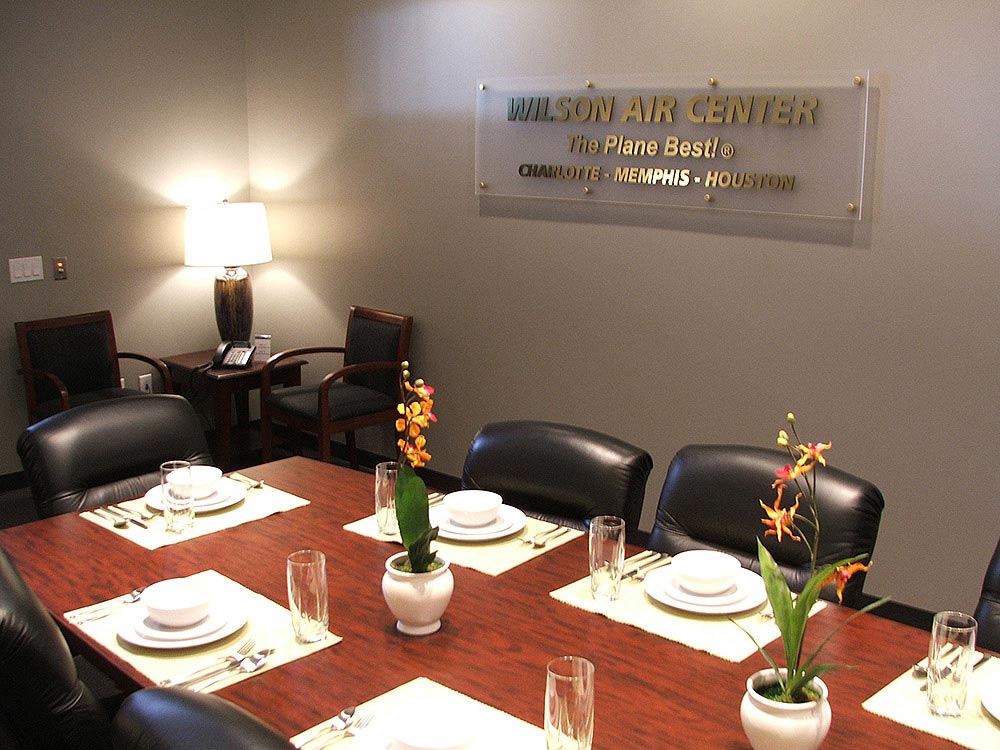 Atlantic Aviation has a lounge with flat screen TVs, a snooze room and private showers. The staff will do whatever you need, whether it’s the loan of a crew car or directions to Houston attractions. Amenities include: 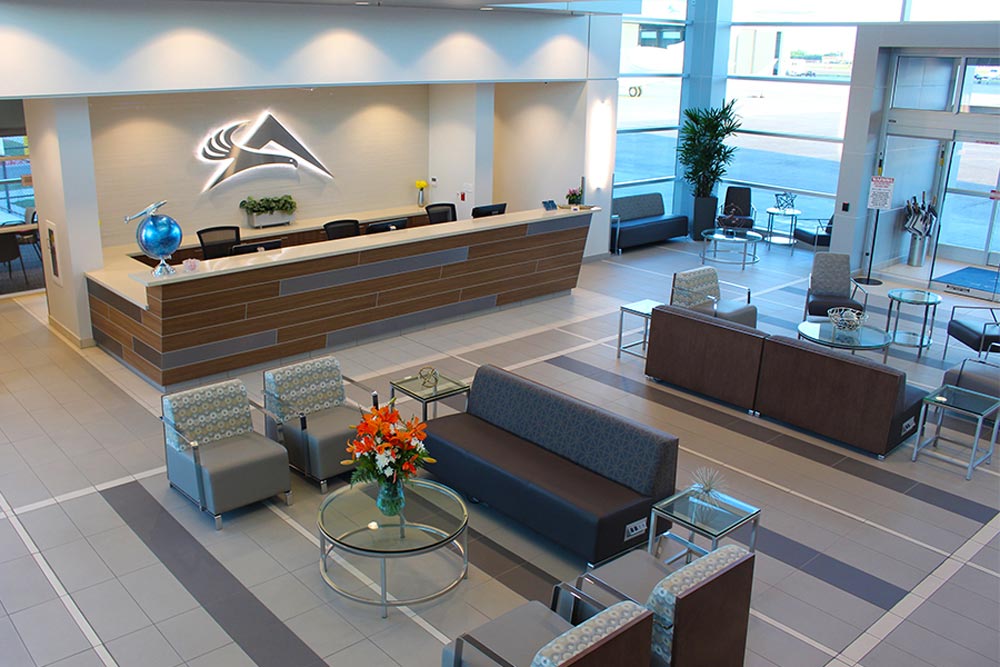 Million Air Houston specializes in luxury. A full–service FBO, it promises quick turn times and a luxury facility. It can fuel any aircraft, including a Boeing 757. Amenities include:

Signature Flight Support said its many reasons to have an FBO in Houston include the city’s attractions; the Port of Houston, the nation’s largest port in international tonnage and second in total tonnage; and Houston’s more than 600 trucking firms and two major rail systems. Amenities include: 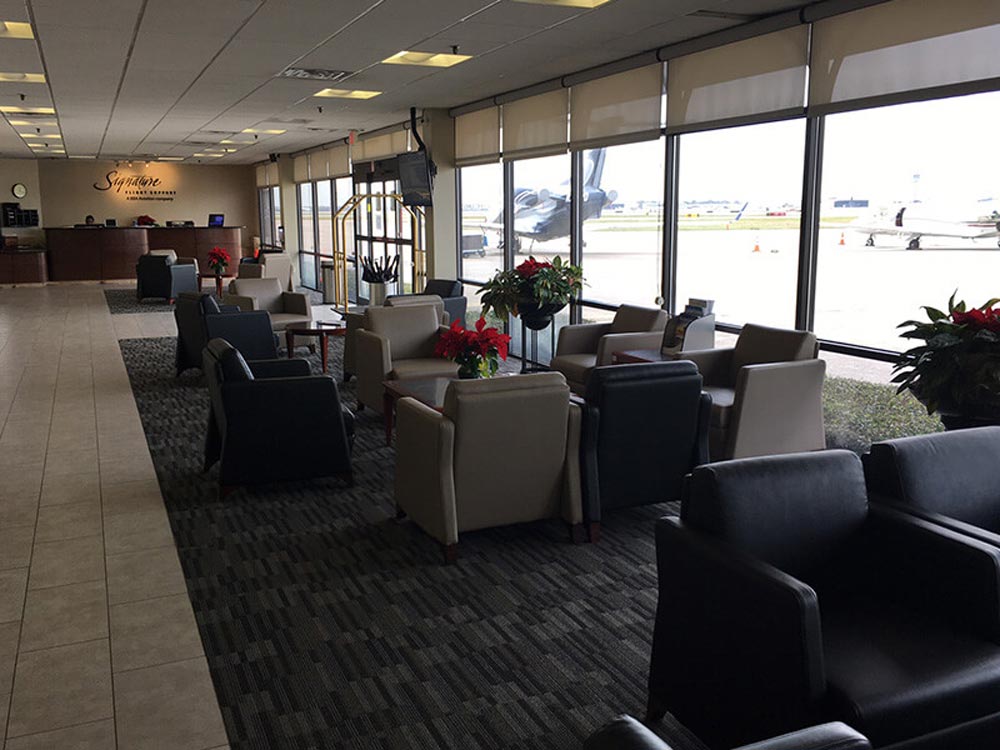 Houston is the oil and gas capital of the United States and, as such, plays host to some of the largest and most prestigious energy conferences in the world.

Business executives, VIPs and oil tycoons rent private jets in and out of William P. Hobby Airport to visit Houston’s vast number of oil businesses and conferences such as:

Houston, Texas is the fourth largest city in the US. In many ways, it’s an advanced and cultural city, thanks in no small part to a huge theatre district, the Houston Grand Opera, and the world-famous Space Center.

William P. Hobby Airport (HOU) is a medium-sized airport located seven miles away from downtown Houston. This means that customers who charter a private jet to the airport have quick access to many of the main attractions. Even the airport itself has a rich history; back in 1943, the first three training classes for Women Airforce Service Pilots (WASP) were held at the Houston Municipal Airport.