Paramount Business Jets provides the safest private jets at the best prices for all private aircraft charter services to and from San Antonio International Airport.

Private jets available for charter to and from San Antonio International Airport include the Beechjet 400A and Learjet 35A light jets, the Hawker 900XP and Citation III midsize jets, and the Challenger 604 and Gulfstream IV large jets.

Private Jet Charter to and from San Antonio International Airport

San Antonio International Airport is the landing spot for many elite travelers who charter private jets into San Antonio, the seventh largest city in the United States and home to several Fortune 500 companies.

The spot where The Alamo was fought in 1836 has become a city synonymous with the oil industry, the military and the insurance industry, all of which have headquarters or strong ties there.

And, there is plenty to see in San Antonio during the downtime of those who hire a private jet into San Antonio International to do business with its widely known companies.

What is the airport code for San Antonio International Airport?

The ICAO code for San Antonio International Airport is KSAT and its IATA code is SAT.

Three fixed base operators have four locations at San Antonio International Airport. Million Air and Skyplace each have one and Signature Flight Support has two, Signature North and Signature South.

The Million Air FBO at SAT is located in a luxurious two-story building at the south end of the airport at 8901 Wetmore Road. It is one of Million Air’s 31 FBO sites. 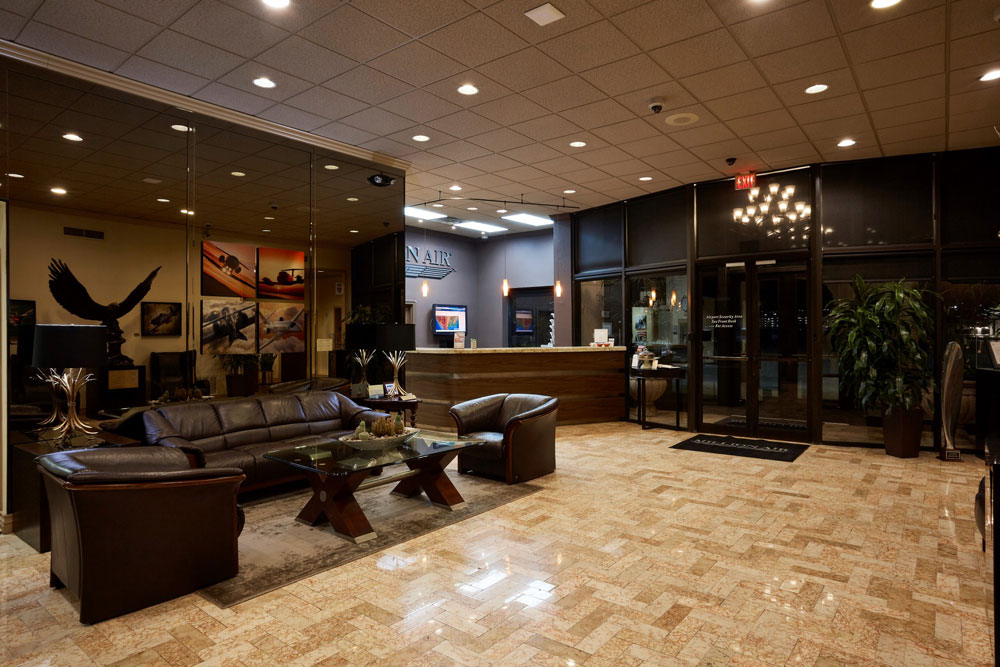 Services and amenities include:

Skyplace has been an FBO at San Antonio International, its lone location, in 2011. It is located on the north side of SAT, coming in on Runway 12 left, at 1770 Skyplace Boulevard. Aircraft must go through the hangar to get to the office. Services and amenities include:

Services and amenities at Signature South include: 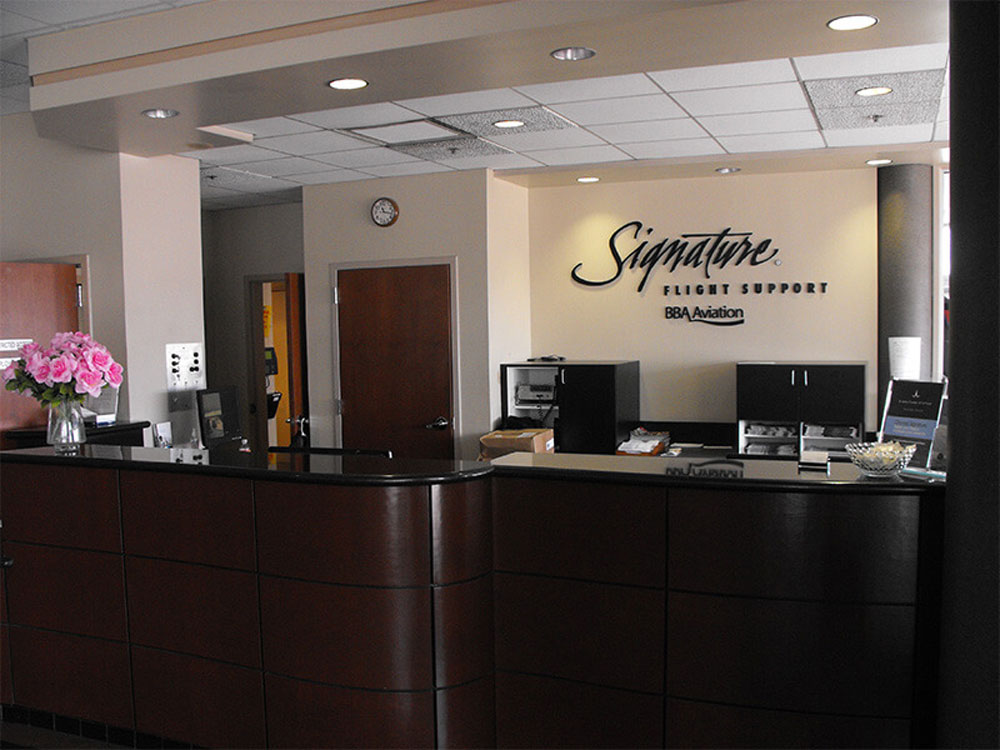 Services and amenities at Signature North include: 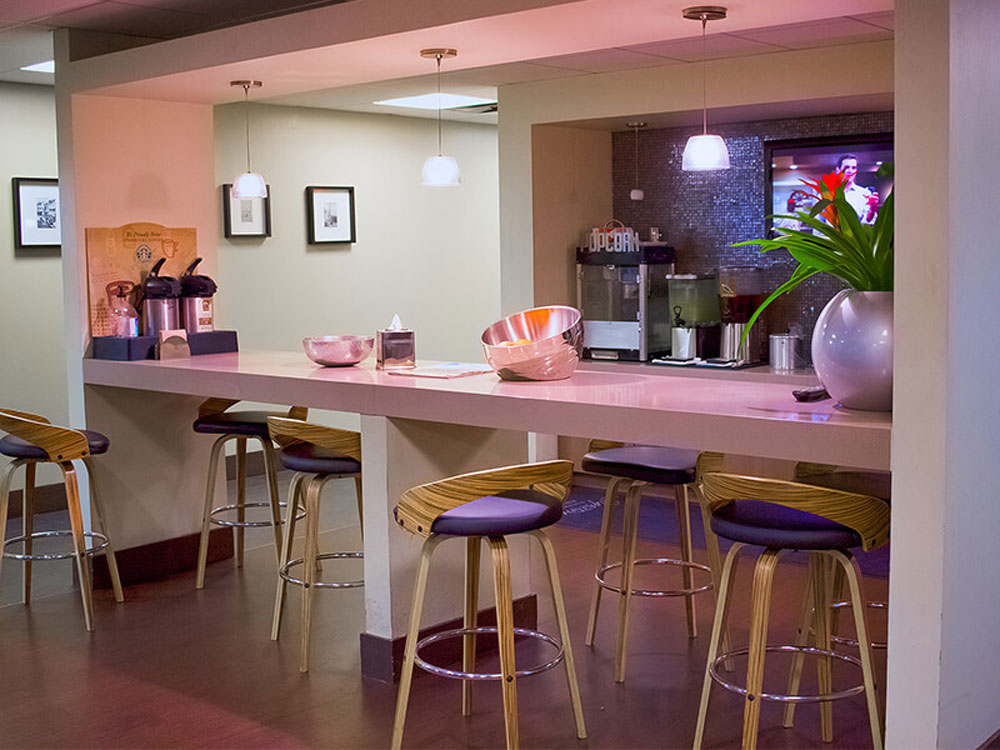 Services and amenities offered at both Signature FBOs at San Antonio International include:

Where do private jets go through customs at SAT?

A new 5,000 square foot General Aviation Federal Inspection Station (GA/FIS) was opened at San Antonio International in 2015. The facility makes it easy for international private jet passengers to get through customs by separating commercial and general aviation customs. The facility, located on the north side of the airfield, across from commercial operations, has an access taxiway and ramp area in front of it. Constructed in a public/private partnership, the inspection station was designed and built by Smart Traveling Inc., the parent company of Skyplace, a fixed base operator at SAT.

What started as a nickname for San Antonio, Military City, USA became an official moniker for the city in 2017 when city officials trademarked the name to reflect the city’s centuries-long military history.

The military bases, the largest base organization in the U.S. Department of Defense, are collectively called Joint Base San Antonio. The bases are scattered throughout the city, some even in populous neighborhoods.

Randolph Air Force Base and the historic Fort Sam Houston Army Base are located in the northeast section of San Antonio; Lackland Air Force Base is on the city’s western edge, and Bullis Army Military Training Reservation is on 28,000 acres northwest of San Antonio. And, more than 8,500 medical professionals from all branches of the military are employed at Brooke Army Medical Center, which is known as the “Home of Army Medicine.”

San Antonio’s location and quality of life are responsible for drawing many of the country’s largest companies to locate here.

Many people doing oil business with refineries or energy corporations charter private jets into SAT through brokers such as Paramount Business Jets.

Andeavor, which ranked 90th on the list, has been acquired by Marathon Petroleum. The newly combined company will be headquartered in Findlay, Ohio, but will maintain offices in San Antonio.

USAA, the insurance and investment giant for those who have served in the military and their eligible family members, is ranked at 100.

Wondering when to hire a private jet to San Antonio? April is a great time to visit. The weather is beautiful and it is the month when the San Antonio Fiesta is held.

More than three million people take part in the more than 100 events around the city in the event that began as a single parade in 1891 to honor the heroes of the battles of the Alamo and San Jacinto.

That one parade in 1891 has evolved into a 10-day celebration that includes parades, art fairs and plenty of delicious food. Some three million people take part in the festivities, with 20 percent of them coming from outside San Antonio. Charter a private jet into San Antonio to visit during Fiesta to immerse yourself in fun and San Antonio history.