Paramount Business Jets provides the safest private jets at the best prices for all private aircraft charter services to and from Austin-Bergstrom International Airport.

Austin-Bergstrom International is a civil airport with two parallel asphalt runways. The longest one, runway 17R/35L, is 12,248 feet (3,733 meters) long. ILS and RNAV(GPS) approaches are available on each runway. Runway 17L also has a Category II and IIIA/B approaches. Airport elevation is 542 feet (165 meters).

Private Jet Charter to and from Austin-Bergstrom International Airport

Whether chartering a jet into Austin for one of its famous music festivals or just to hang out in the Live Music Capital of the World, Austin-Bergstrom International Airport is the airport of choice for Central Texas.

Opened in 1999, Austin-Bergstrom International is located on the former Bergstrom Air Force base about 20 minutes southeast of downtown Austin and the same distance to the University of Texas Austin campus.

More than one million passengers used the airport between February 2018 and February 2019, an 11 percent increase from the preceding year and the growth is expected to continue.

What is the airport code for Austin-Bergstrom International Airport?

The ICAO code for Austin-Bergstrom International Airport is KAUS and its IATA code is AUS.

Austin-Bergstrom International Airport will not forget the past or its duty to honor those who have played a big part in Austin’s history. In addition to renovating the South Terminal in mid-century style, the award winning airport has honored the past in other ways.

The main terminal is the Barbara Jordan Terminal, named after the lawyer and civil rights leader who, between 1966 and 1972, served as the first black in the Texas Senate. The Houston native would go on, from 1972 to 1978, to become the first black woman from Texas to be elected to the U.S. House of Representatives. In her role as a member of the House Judiciary Committee, Jordan gave the opening speech during the impeachment hearings for Richard Nixon in 1974. Her speech was so impressive that she was invited, as the first black woman, to give the keynote speech at the 1976 Democratic National Convention. There is a statue of her on the first floor of the terminal. After having spent the last 25 years of her life wheelchair-chair bound from multiple sclerosis, Jordan died in 1996 at age 60.

John August Earl Bergstrom, for whom the airport is named, was the first Austin native to be killed in active duty during World War II. Capt. Bergstrom was 34 and an officer with the 19th Bombardment Group in the Philippines when he was killed in 1941.

Austin-Bergstrom International Airport is located on the site of the former Bergstrom Air Force base, which was named for the war hero in 1948. After the Air Force base was decommissioned in the early 1990s and the civil airport, Austin-Bergstrom, was built on its foundation, it kept his name.

The airport’s two runways are also named after famous Texans.

And, by the way

When Austin-Bergstrom International Airport opened in 1999 on the decommissioned Bergstrom Air Force Base, it replaced the Robert Mueller Municipal Airport, which had served as Austin’s main airport since 1930.

And, by the way, that Robert Mueller is not the same special counsel Robert Mueller who was assigned to investigate President Donald Trump’s ties to Russia.

The airport Robert Mueller was elected to Austin City Council in 1926 and died in 1927.

Here’s a little about the biggest annual music/film festivals in Austin. To get there in style -- like celebrities and other A-listers -- hire a private jet into KAUS from a broker such as Paramount Business Jets.

Atlantic Aviation is one of the company’s 68 fixed base operations across the United States. You’ll know you’re in Texas when you see the stars above their front desk. Services and amenities include: 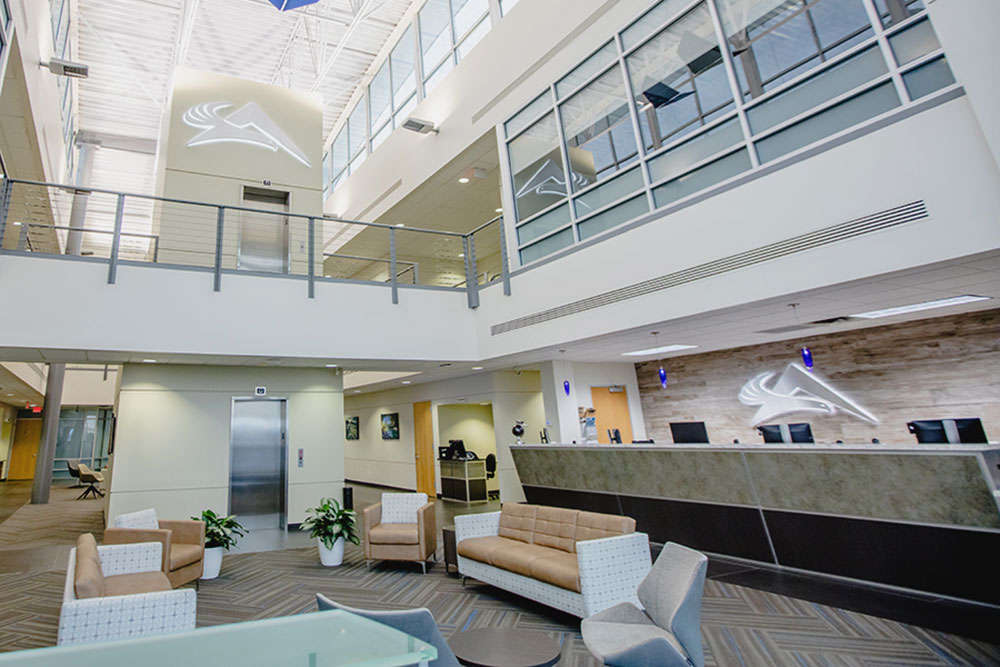 Signature-Austin, which is located at the South Terminal of the Austin-Bergstrom International Airport, is one of Signature Flight Support’s more than 200 FBOs around the world. It shares space in the South Terminal with several low-cost commercial carriers. The South Terminal, which is separate from the main Barbara Jordan Terminal, underwent a major renovation in 2017. Its mid-century modern design pays homage to the small airports that were around in the 1950s and 1960s, the “Golden Age of Travel.” Services and amenities in Austin include: 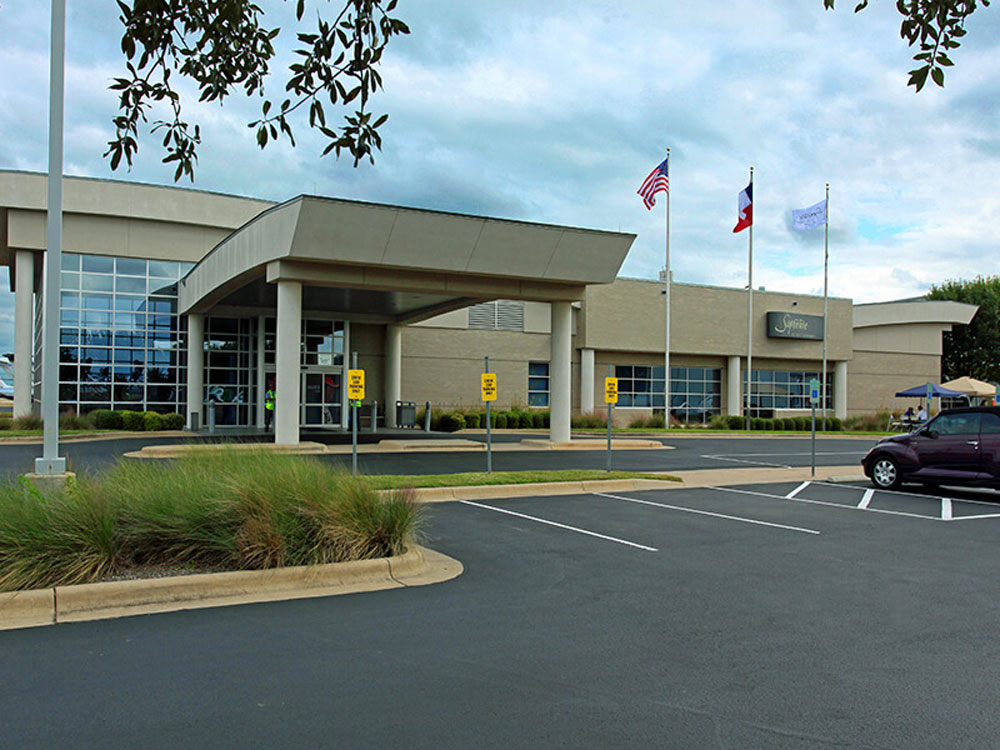 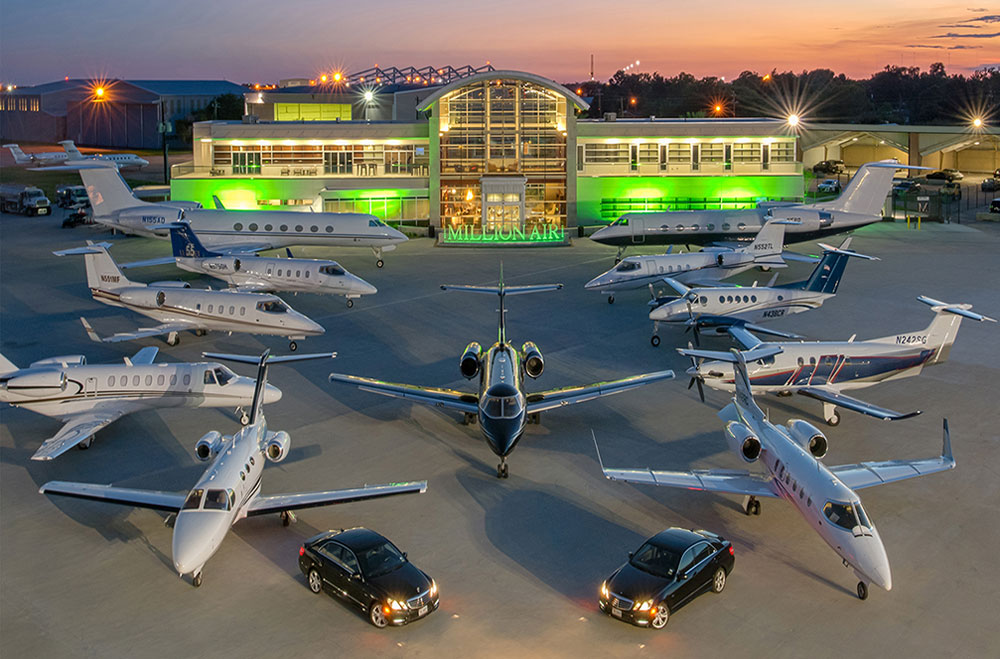 Million Air Austin will become the third fixed base operator at Austin-Bergstrom International Airport in the summer of 2019 when construction is completed on its new facility.

Million Air decided to expanded its network — it has fixed base operations at 30 airports — into Austin to help meet the high demand for corporate aircraft hangars in Austin. The FBO will have hangars for short-term leasing, overnight parking and maintenance. When it opens, Million Air will have:

The 2,000 bands and performing artists that call Austin home are responsible for giving the city the moniker of the “Live Music Capital of the World.” The slogan became official in 1991.

Austin-Bergstrom International Airport is one of about 250 live music venues throughout the city where you can hear live music.

The one million passengers a month who travel through Austin’s airport are able to hear the scheduled musicians perform at its five airport venues.

The main live music performance area at Austin-Bergstrom International Airport was renovated in early 2019 and renamed the Heart of Austin. It has a new stage, bleacher seating and a bar.

Whether flying on a commercial airline or chartering a private jet into KAUS, there is no problem being entertained by everything from blues to jazz to alternative rock at Austin-Bergstrom.

Charter a private jet to South by Southwest (SXSW)

South by Southwest, which was founded in 1987, is a group of music, film and interactive conferences and festivals that are held over 10 days every March at the Austin Convention Center. South by Southwest has grown from 700 attendees in its inaugural year to more than 300,000 in 2018.

The Austin City Limits Music Festival is held over two three-day weekends in October at Austin’s Zilker Park. It is one of three annual music festivals – the others are in Sydney, Australia; and Auckland, New Zealand – that sprang from “Austin City Limits,” the longest running music series in TV history. It has been broadcast on PBS for more than 40 years.

The Austin City Limits Music Festival, which began in 2002, brings in more than 225,000 fans to hear more than 130 artists every year. Hire a private jet into the Urban Music Festival

The Urban Music Festival is a two-day R&B festival held every year in late March or early April. Created in 2005 as part of the African American Quality of Life Initiative for lovers of jazz, rhythm and blues, neo-soul and gospel, it is held at the same time as the University of Texas Texas Relays, making it the largest African-American tourist weekend in Austin. Some 60,000 come every year to see the relays and hear local, regional and national artists.

Charter a private jet to the Pachanga Latino Concert Series

What began in 2016 as an annual event to celebrate Austin’s Latin music and culture scene, the Pachanga Latino Festival, has morphed into a quarterly concert series at Austin City Limits Live at The Moody Theater. It draws many VIPs, celebrities and famous musicians to hear bands like The Mavericks and The Buena Vista Social Club.