Paramount Business Jets provides the safest private jets at the best prices for all private aircraft charter services to and from Centennial Airport.

Centennial Airport is open 24 hours every day. The airport is located about 15 miles (24 kilometers) southeast of the center of Denver at 7565 S. Peoria Street, Englewood, Colorado 80112.

Private jets available for charter to and from Centennial Airport include the Hawker 800 XP, Learjet 35, Citation Bravo and Citation CJ3 light jets; the Learjet 60 midsize jet, the Falcon 50 super midsize jet, and the Challenger 604 and Falcon 2000 large jets.

Private Jet Charter to and from Centennial Airport

Centennial Airport, located 12 miles south of Denver in the area known as Denver South, is the second busiest general aviation airport in the United States with more than 340,000 operations a year.

The airport is situated in the heart of the Denver Tech Center, a major portion of the business district called Denver South.

Many elite business travelers charter private jets into Centennial Airport to get to the hundreds of businesses in downtown Denver and the Denver South tech and business corridor along I-25. Seven of the 10 Fortune 500 companies in Colorado are located in Denver South.

Centennial Airport is a general aviation airport. There are no scheduled commercial flights in or out.

Centennial Airport is credited with transforming what was once barren prairie land into a hugely desirable place to do business.

What is the airport code for Centennial Airport?

The ICAO code for Centennial Airport is KAPA and its IATA code is APA.

Centennial Airport, which is located in the Denver suburb of Englewood, boasts of having four of the nation's leading fixed base operators that have many amenities, including transient hangar and tie-down service.

The fifth FBO, the Heliplex, is dedicated to servicing and supporting helicopters.

More than 900 privately owned aircraft are hangered and stored at Centennial Airport.

In addition to the five FBOs at Centennial Airport, there are also 12 charter operators, seven maintenance providers and catering and cleaning businesses.

Denver Jet Center is one of three FBOs in the Colorado JetCenter network that offer services for private and chartered business jets, general aviation planes and military and commercial aircraft.

The Denver JetCenter is consistently ranked among the best FBOs in the United States in Professional Pilot magazine and Aviation International News.

Amenities include The Perfect Landing Restaurant where breakfast, lunch and dinner are served in a room where you can watch planes take off and land through floor-to-ceiling windows. It also offers catering service. 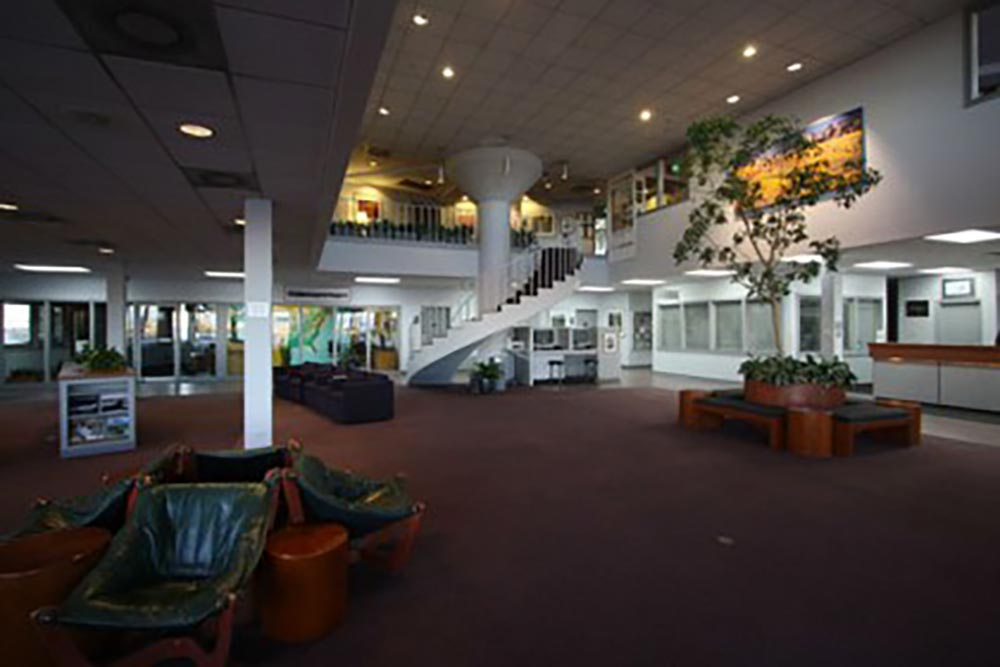 Modern Aviation, a new and growing network of FBOs, acquired its FBO facilities at Centennial Airport from XJet Holdings, LLC, a subsidiary of XJet World Holdings, in September 2017.

XJet’s Denver facility had been consistently ranked as one of the top FBO service providers in the United States in the annual FBO survey taken by Aviation International News.

An XJet executive said the company sold the Centennial Airport FBO so it can concentrate on its European hub at London's Stansted Airport and expand its brand in the Middle East and Northern Africa.

The former XJet facilities have more than 50,000 square feet of climate-controlled hangar space that can accommodate business jets such as the Embraer Legacy 600, the Gulfstream G650 and the Bombardier Global. 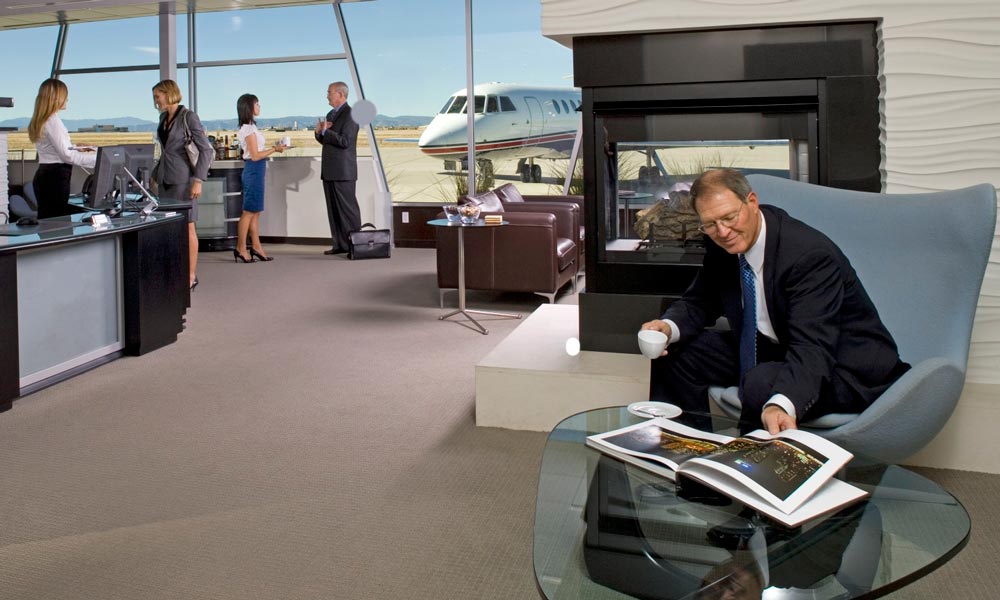 There is easy highway access to Colorado ski resorts such as Vail and Breckenridge. 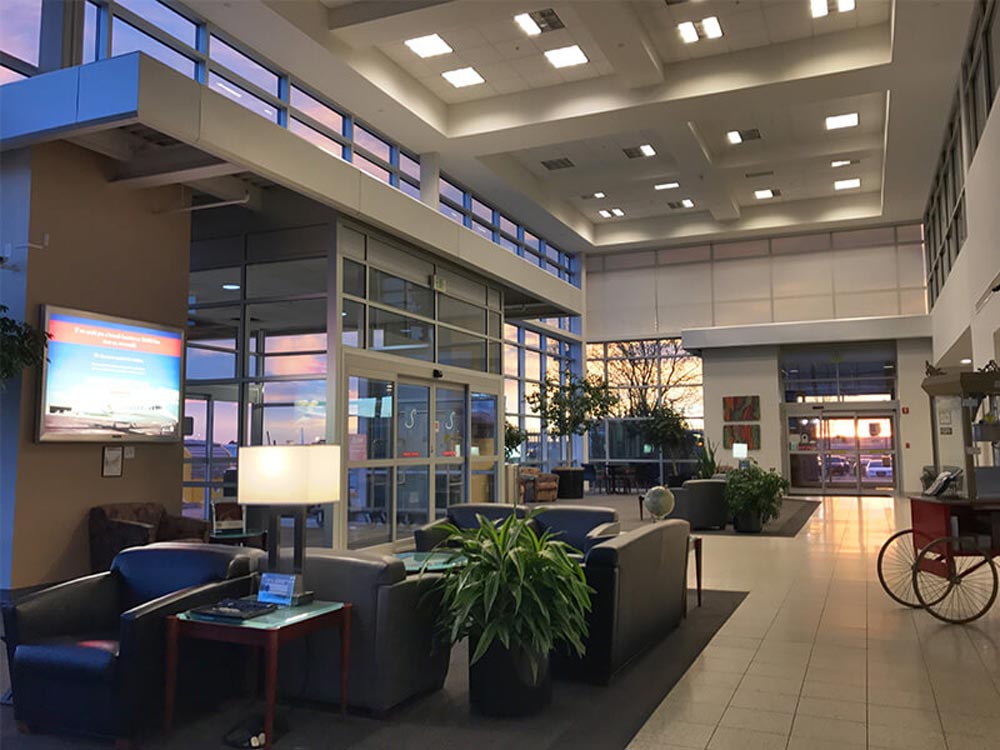 TAC Air-APA is another award-winner for its ground services, quick turns and competitive prices on Jet-A and Avgas aviation fuel. The TAC facility at Centennial Airport is one of 14 in its network with a 15th to be added in Dallas in mid-2019. 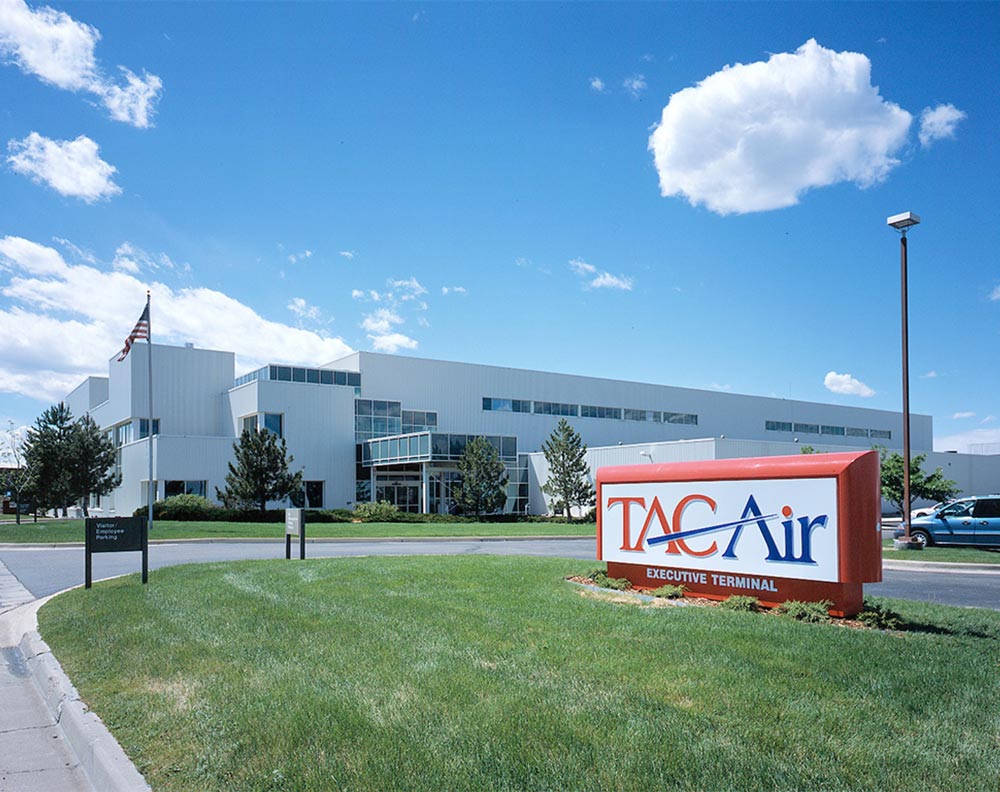 AirCam is the anchor tenant at The Heliplex, the only helicopter FBO in the Western United States.

The Heliplex provides hangar and office space as well as fuel, maintenance and avionics services for both tenant and transient helicopters.

With an average of 880 operations a day, APA has an economic impact of more than $1.4 billion a year. It is located in Englewood, in the Denver Tech Center, 12 miles from downtown Denver. It includes portions of Meridian, Inverness, Dove Valley and Park Meadows.

Englewood, with a population of about 30,000, is in the South Platte River Valley east of the Front Range and considered part of the Denver-Aurora Metropolitan Area.

When the airport opened in 1968, it was called the Arapahoe County Airport. It was renamed in 1984 in anticipation of the anniversary of its admission to the Union as the 38th state in 1876.

A new control tower was built in 1985. It is an international airport with continuous U.S. Customs services. In 2015, this is how the usage of the airport broke down:

Centennial Airport will host the 64th Business Aviation Safety Summit on May 2-3, 2019.

More on the Denver South

Denver South covers most of the southern I-25 corridor, from I-225 on the north to Lincoln Avenue on the South. It lies in Denver, Arapahoe and Douglas counties and includes the Denver Tech Center among its 20,000 companies with more than 230,000 employees.

Its more than 20 business parks and 42 million square feet of office space are scattered among six municipalities.

It is also home to Centennial Airport and seven of Colorado’s 10 Fortune 500 companies.

The Denver Tech Center, the most widely known portion of Denver South, is itself so big that it contains four ZIP codes.

The Front Range of the Colorado Rockies are in full view with Pikes Peak to the south, Longs Peak to the north and Mount Evans directly west.

The biggest chunk of the Denver Tech Center, home to dozens of companies from startups to worldwide headquarters, is in Greenwood Village.

Why was it built where it is?

The Denver Tech Center was designed in the 1970s to run along a fiber optic line south of Denver so it could attract cable and telecommunication companies to the area near the intersection of I-25 and I-225.