Paramount Business Jets provides the safest private jets at the best prices for all private aircraft charter services to and from Calgary International Airport.

Calgary International Airport, the major airport in Calgary, is conveniently located about 5 miles (7 kilometers) northeast of the city at 2000 Airport Road NE, Calgary, Alberta. It is open 24 hours a day.

Private charter jet clients will find many VIP amenities at Calgary International Airport, including luxurious lounges and ramp-side access, which allows passenger drop-off and pickup right next to the plane.

Private Jet Charter to and from Calgary International Airport

Calgary International Airport is the portal into the Canadian Rockies for all sorts of elite private jet flyers – from oil tycoons to skiers to rope-swinging cowboys.

Calgary, one of the fastest growing cities in Canada, is located in the western province of Alberta. Its oil sands are the third largest crude oil reserves in the world.

While many people think of the its famous Stampede, one of the largest rodeos in the world, when they think of Calgary, the city is also the center of Canada’s oil industry and home to dozens of major oil and natural gas companies. Vast oil sands deposits are located in Alberta.

Calgary Airport, built in the 1930s, has grown immensely since it was used by the government during World War II. It now has four runways and two passenger terminals in addition to the FBOs and cargo handlers operating at the airport.

A new International Terminal opened in 2016.

The Calgary Airport Marriott In-Terminal Hotel, which also opened in 2016, won a World Luxury Hotel Award in 2018. It has 318 rooms that offer views of the Calgary skyline, the Alberta Prairies and the Canadian Rocky Mountains.

Skyservice is an award-winning Canadian business aviation company. Trade publications call it the most popular FBO in the country. In addition to Calgary, Skyservice has fixed base operations in Montreal and Toronto. It has first-class lounges with private boardrooms, hangar space, maintenance on site and 24/7 customs clearance. 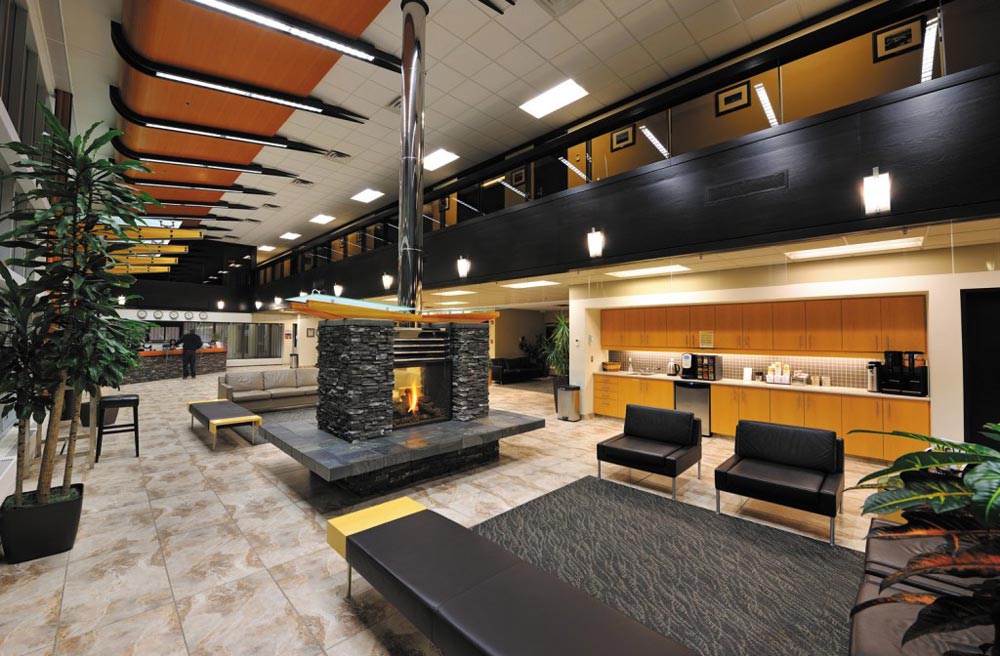 Signature Flight Support is the world's largest network of fixed base operations with more than 200 locations. Among the services it provides for corporation and private aviation are heated aircraft storage, concierge and catering arrangements. 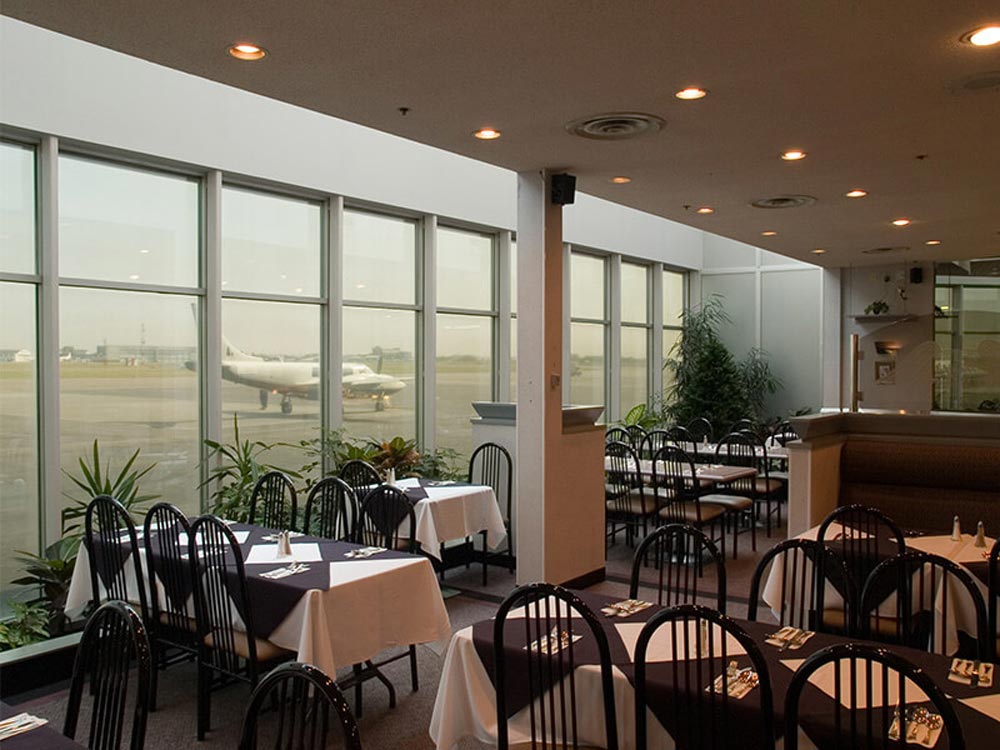 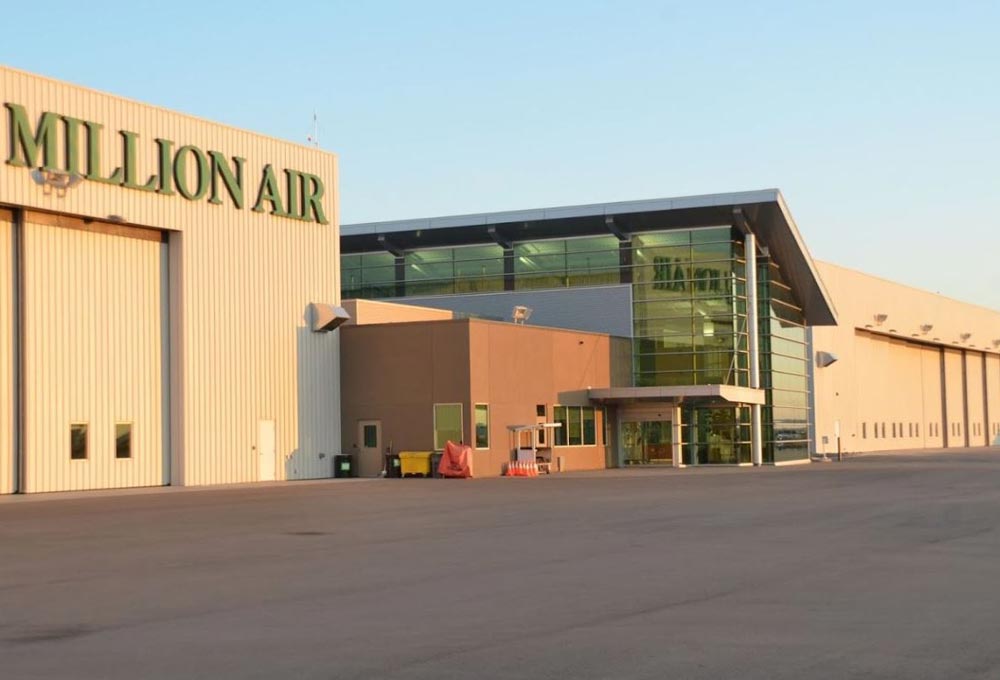 Executive Flight Centre is a full-service facility with amenities for both corporate travelers and fly in/fly out workforce personnel.

Canada is the world’s fifth-largest producer of both crude oil and natural gas and about 75 percent of it is produced in Alberta, according to Calgary’s Economic Development Department.

Alberta’s oil sands are the third-largest crude oil reserves in the world.

Charter a private jet into Calgary via CYYC to do business surrounding these natural resources that account for some $45 billion in investment annually.

Oil and gas have drawn every major company to Calgary with almost 100 companies having headquarters there, drawing elite business jet executives and energy leaders to the city. Rent a private jet into YYC to do business with any of its many energy, engineering, geoscience, environmental and legal firms.

Even though Calgary is a modern city with skyscrapers and the Canadian headquarters of many companies that have to do with oil and gas and its distribution and consumption, it keeps a little of its old-time feel with its annual Calgary Stampede, the largest rodeo in the world, which is held every July.

In fact, Calgary – the sunniest city in Canada – has been affectionately nicknamed “Cowtown,” in honor of the rodeo. Called the “biggest outdoor show on earth,” the Calgary Stampede began when big farming expositions were held there, well before the oil and gas industries took over as the biggest businesses in the city.

But, the old Cowtown would not have undergone such rapid growth – its population is 1.4 million – and become the city it is today if it had not become the center of Canada’s oil industry. Many business travelers charter private jets in and out of Calgary to visit remote oil fields.

Calgary, Canada’s “Gateway to the Rockies,” has been at or near the top of the fastest growing cities in North American over the past decade.

Calgary is located in southern Alberta in the Bow River basin. The 365-mile Bow River is glacier fed, making its water crystal clear and appealing for all sorts of water sports and activities.

Visitors with no interest in the oil industry, rent private jets into Calgary to go freshwater fishing, swim, boat and water or jet ski.

Follow the meandering river west through the Alberta Rockies and you’ll find picturesque mountain villages where you can snow ski and do other alpine sports. Not the outdoor type? There are plenty of fine restaurants in which to eat, spas in which to leave your cares behind and stores in which to shop til you drop.

If it’s music you’re looking for, there is plenty of that in Calgary, too. It is the location of several annual music festivals as well as Studio Bell, the National Music Centre of Canada, which describes itself as “a national catalyst for discovery, innovation and renewal through music.” Its mission is to preserve and celebrate the music of Canada.

The Calgary Flames is Calgary’s professional ice hockey team. Hockey enthusiasts can rent a private jet into Calgary to see the Flames, which is in the Pacific Division of the Western Conference of the National Hockey League. The club marks its 38th season 2018-2019. The team plays in the Saddledome, a 17,000-seat facility built for the 1988 Winter Olympics.

Did you know that ginger beef, a mainstay on the menus of many Chinese restaurants, was actually invented – well, at least Calgary takes credit for – in Calgary. Seems the dish – usually made with strips of beef, carrots and onions in a dark sweet sauce that contains ginger, garlic and hot peppers -- was first made by the Chinese workers that were hired in the 1800s to help build the Canadian Pacific Railway that linked Montreal and Vancouver.