Charter a Private Jet to the Ultra Music Festival Miami

If you’re into electronic dance music, the annual Ultra Music Festival in Miami offers a chance to hang with DJs and other aficionados of those club beats that make you want to get up and move.

Getting to the Ultra Music Festival via Private Jet.

All sorts of electronic music from house to techno to trance booms from several stages in March every year for the daylong outdoor dancefest with the beautiful Biscayne Bay as its backdrop. Sound great? Get there in style with Paramount Business Jets, which can arrange a charter flight into any nearby southeast Florida airport, including:

Booking early has many advantages. Enter a few details below to start planning your private jet flight to the Ultra Music Festival Miami.

How It Got Its Start

In 1999, the beat of hard-driving, high-decibel techno music was being heard and danced to in clubs throughout Europe but was just beginning to take hold in mostly gay clubs in the United States.

That’s when Russell Faibisch, a young Miami businessman with a love of electronic music who was working in his father’s bail-bonding business, got the idea for a festival in the Florida sunshine. He named it Ultra after the 1997 Depeche Mode album of the same name.

The one-day festival has grown as the genre has evolved from gay-embraced to mainstream-recognized.

It coincides with Miami’s other dance music fest, the Winter Music Conference, which got its start in 1985 and is considered the largest and oldest gathering of dance music enthusiasts, artists and DJs in the world. It’s a month-long event filled with concerts, workshops, and panel discussions. Ultra has become the conference’s main event, drawing well over 100,000 visitors from some 100 countries. 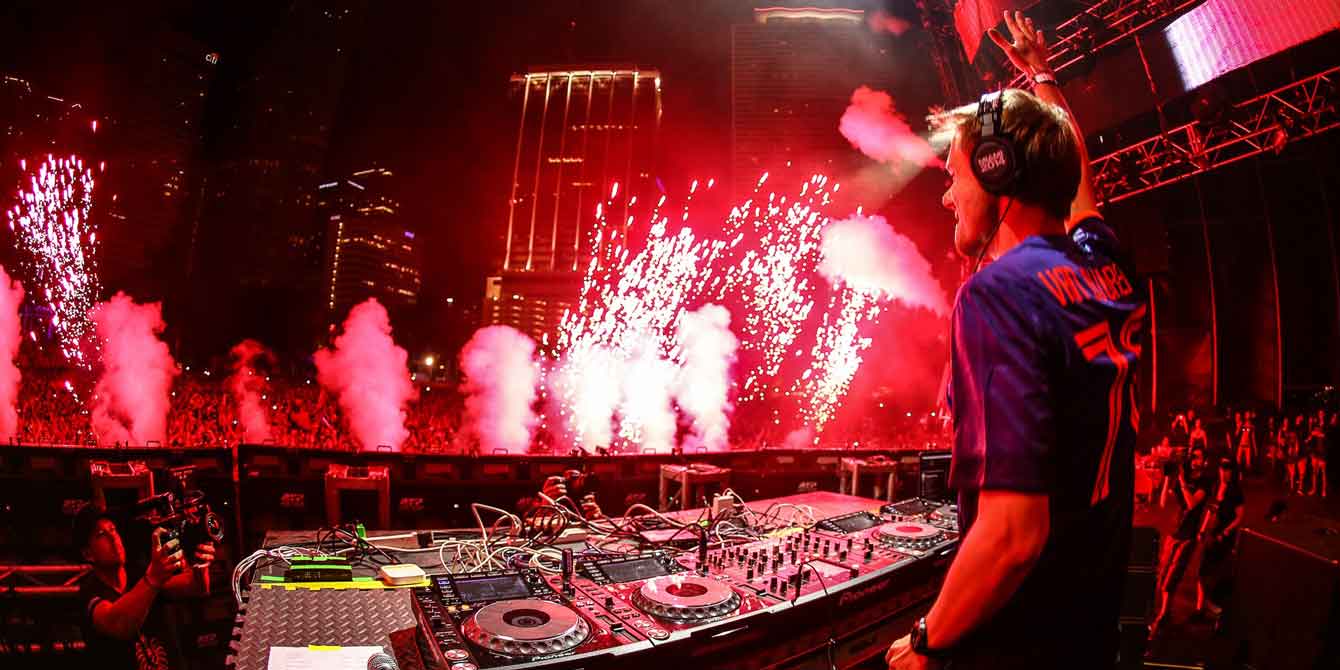 The Ultra Music Festival has been so popular that there are now satellite Ultra events throughout the world in:

(If you’d like to attend one of the Ultra’s offspring events in other parts of the world, Paramount Business Jets can arrange a charter into any nearby airport.)

The city located on the southeastern tip of Florida has long been a popular tourist destination. The warm weather, the beautiful beaches, the trendy nightspots and the charming Cuban influence draw crowds to the shopping and golfing haven. While you’re there, consider visiting Little Havana, Miami Beach and:

Bayside Market Place: A festive shopping area along the banks of Biscayne Bay.

Vizcaya Mansion: The official unofficial diplomatic seat of Miami-Dade County has been the location of the signing of the Free Trade Agreement of the Americas and has welcomed U.S. presidents and European royalty. The museum includes the main house with 2,500 art objects, an orchid collection of more than 2,000 specimens and formal gardens.

Coconut Grove: Miami’s first neighborhood (founded in 1873) is now considered an escape from hectic city life. Located in the heart of downtown, its Bohemian boutiques and sidewalk cafés give it a laid-back atmosphere.

South Beach: You can check out hot bods on its two-mile stretch of white sand beaches or the historic art deco architecture of its buildings. Either way, no trip to Miami is complete without a visit to South Beach. And, if you’re hungry after all your people-watching, there are tons of trendy restaurants to visit.