The Firestone Grand Prix of St. Petersburg opens the Verizon IndyCar Series in March on one of the most beautiful and interesting street circuits in all of racing.

St. Petersburg, located across Tampa Bay from Tampa, is an up and coming city with large apartment buildings and high-rise condos springing up all over the city to hold wannabe-residents.

Art museums, great restaurants and plenty of spots to quench your thirst – all within walking distance of the track – will make your trip unforgettable.

The great thing about visiting St. Petersburg is that award-winning beaches are less than 10 miles straight across the Pinellas County peninsula. Urban chic or sunny beach. Take your pick. If you’d like to see the Firestone Grand Prix, Paramount Business Jets can arrange a charter flight for you into any nearby airport, including:

Booking early has many advantages. Enter a few details below to start planning your private jet flight to the F1 St. Petersburg Grand Prix.

The Firestone Grand Prix of St. Petersburg, the season-opening race, is run on a 1.8-mile, 14-turn track, in the heart of the city on the Tampa Bay waterfront. The track, which twists and turns around the Dali Museum and Pioneer Park, extends onto Albert Whitted Airport and breathtaking views of the bay and the marina.

In 2016, scout.com sports writers ranked the Firestone Grand Prix No. 2 on their list of the Top 100 Stadium Experiences of 2016.

The list was culled from the 761 stadium experiences of the more than 300 journalists writing for scout.com. Scout is a digital, multi-channel video network that aims to provide information to sports travelers.

This is what the writers said about the race: “While most street races offer views up close for fans, few boast what has become a hallmark of the St. Petersburg race; walkability. Centered around the downtown waterfront area, the race course is laid out with the front stretch located on the runway of the St. Petersburg Albert Whitted Airport. From there, the track snakes its way into the streets of downtown, passing Al Lang Stadium, home of the Tampa Bay Rowdies, running through the stadium’s parking lot before turning back towards the airport by circling around Pioneer Park.”

What was No. 1? The Baltimore Orioles’ Camden Yards.

Rounding out the Top 10 were: 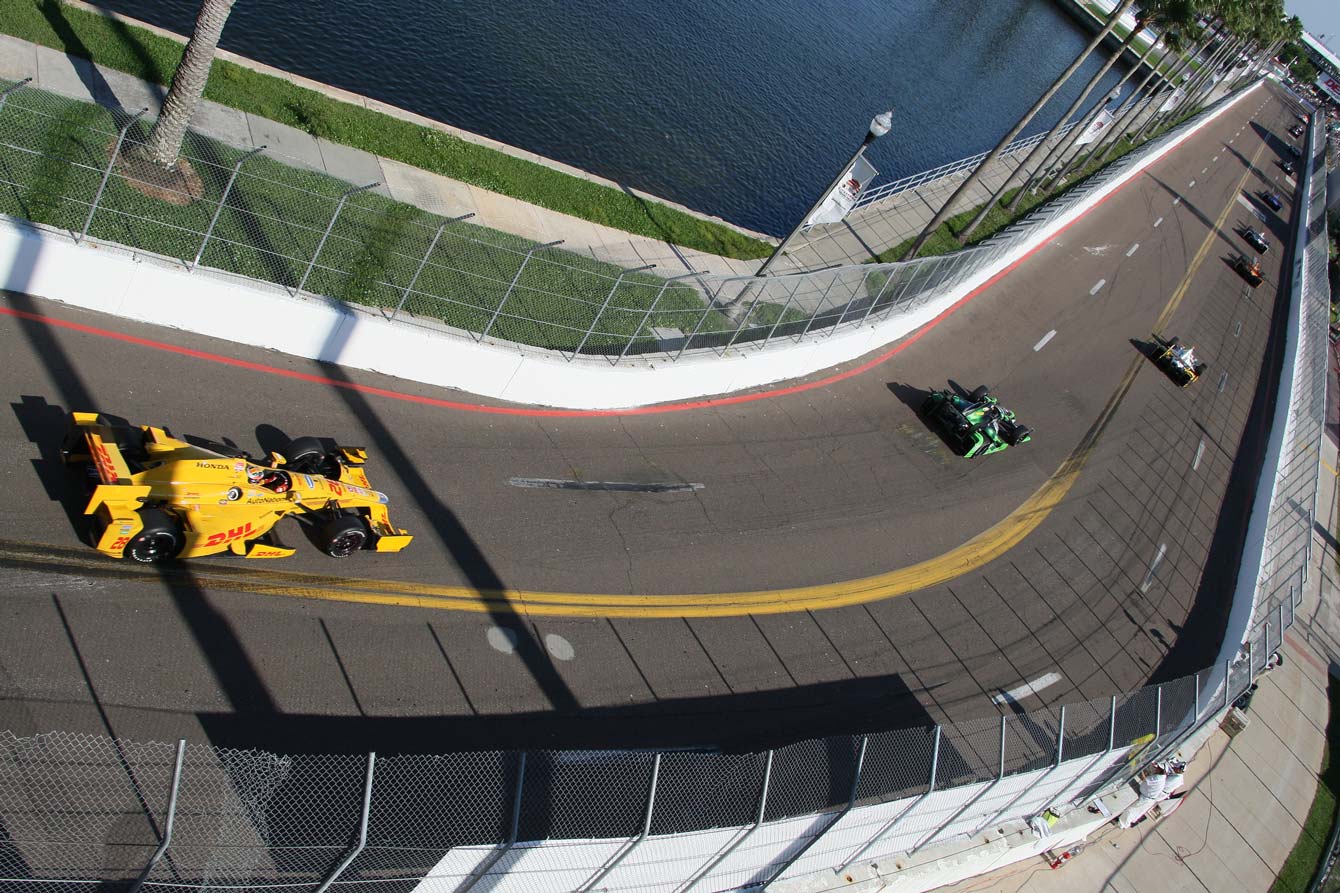 The Verizon IndyCar Series is called the premier open-wheel racing series in the United States.

Its circuits are diverse and challenging. Some are permanent road courses; others are temporary street courses.

There are 13 races, headlined by the 110-lap Verizon IndyCar Series.

The other races are the:

Things to do and see