Charter a Private Jet to the F1 Australian Grand Prix

Gentlemen (and ladies), start your engines, your VERY loud engines.

The Australian Grand Prix, which annually kicks off the Formula 1 schedule in March, promises to be 25 percent louder than it has been in recent years; the quiet attributed to newer turbo engines.

The returning roar is Formula 1’s answer – requiring exhaust systems be modified – to the roar of complaining race fans who don’t want to hear quiet.

Race to the Australian Grand Prix via Private Jet

And, if you want to be among the first to hear that returning wall of noise, Paramount Business Jets can arrange a charter flight for you into any airport near the Melbourne Grand Prix Circuit, including:

Booking early has many advantages. Enter a few details below to start planning your private jet flight to the F1 Australian Grand Prix.

Even though Australia did not appear on the F1 schedule until 1985, the country’s love of racing began in 1928 when the first Australian Grand Prix was held. Arthur Waite, driving a modified Austin 7, won that race.

Since then, many exciting things have happened in Australian F1 battles on, first, the road circuit in Adelaide and then, beginning in 1996, the Melbourne Grand Prix Circuit in Albert Park:

In 1993: The race was moved from Adelaide to Albert Park despite protests from groups who didn’t want the public park turned into a racetrack for a short time every year.

In 1994: Brit Damon Hill and German Michael Schumacher were in a battle for the championship until events in Australia where the race was still being held at Adelaide. In the lead, Schumacher careened off the track and hit the wall in the middle of the race. When he re-entered the race, he collided with Hill. Schumacher was eliminated but Hill continued on until his damaged front suspension caused him to quit the race, too.

Brit Nigel Mansell was the winner.

In 1996: With more than 400,000 fans watching, Michael Schumacher won the first of his seven titles in the first Australian F1 Grand Prix to be held in Melbourne.

That year was also when Jordan’s Martin Brundle went sprinting back to the pits for a spare car in time to re-enter the race after he was involved in a crash that split his car in half and launched it into the air.

In 2001: Track marshal Graham Beveridge was killed by flying debris after German Ralf Schumacher and Canadian Jacques Villeneuve crashed. The accident led to the introduction of wheel tethers.

In 2008: The day race was moved closer to a more European-friendly night race time 5 p.m. 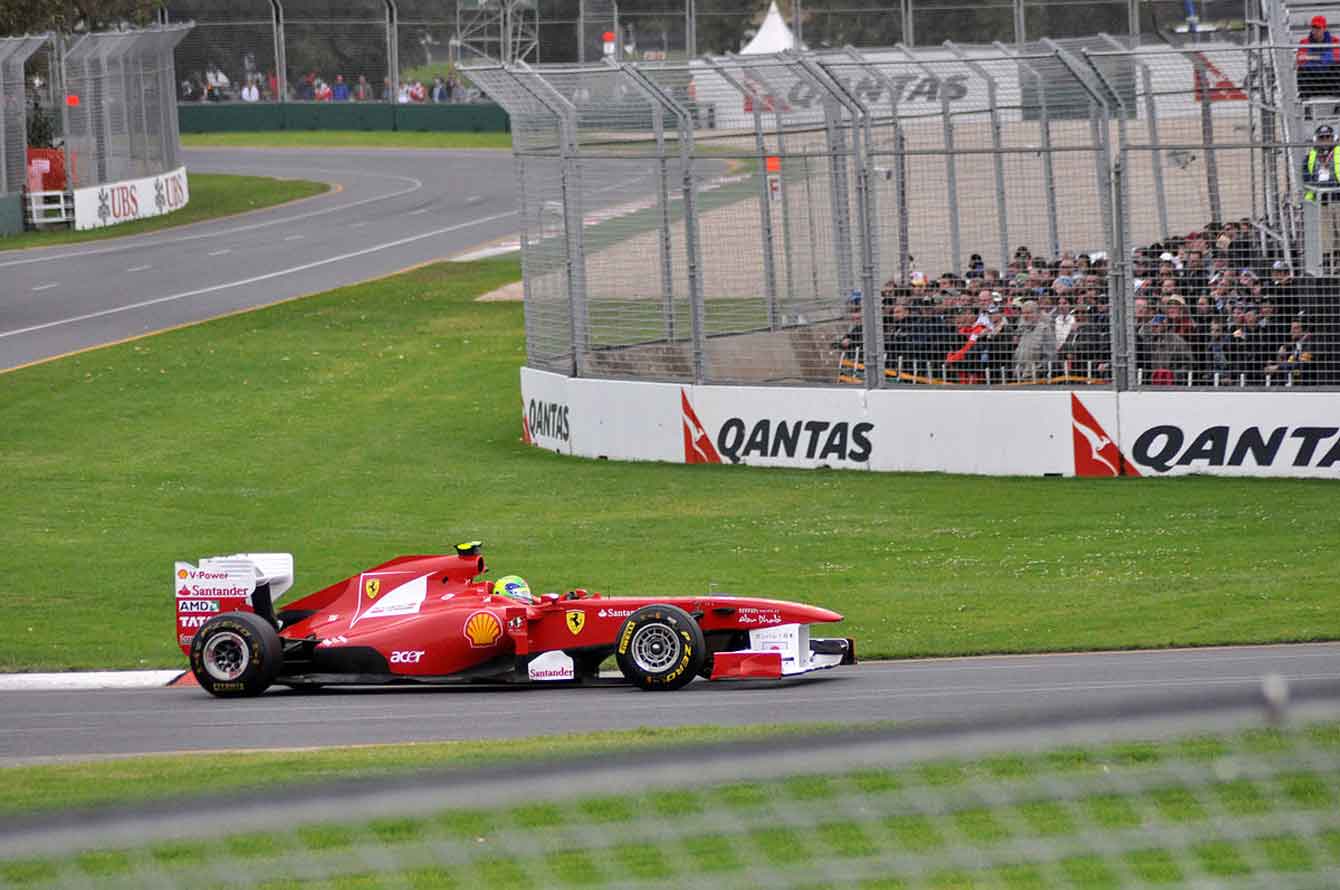 The First Tries To Be Best

The first circuit in F1’s hefty season schedule, Albert Park, is known for being a smooth course on which to test high speeds. Drivers make 58 laps to cover the 191-mile course that has 16 turns. The circuit encompasses public roads as well as the park. It is similar to the Circuit Gilles Villeneuve in Montreal, which hosts the Canadian Grand Prix.

The other F1 races, and the order in which they follow, are the:

In addition to being known as the kickoff race, Melbourne is also known for its party atmosphere.