Paramount Business Jets provides the safest private jets at the best prices for all private aircraft charter services to and from Logan International Airport.

Boston Logan International Airport is located on Boston Harbor at 122 Harborside Dr, East Boston, Massachusetts 02128. About 5 miles (8 kilometers) east of downtown, Logan International’s 2,400 acres straddle the border between the cities of East Boston and Winthrop. It is open 24 hours a day.

Aircraft available for elite private jet charter to and from Boston include the Embraer Phenom 100 and Eclipse 500 very light jets, the Hawker 400XP and Citation V light jets, the Learjet 60 and Hawker 800XP midsize jets, the Challenger 300 super midsize jet and the Gulfstream G450 large jet.

Logan International Airport offers a wide variety of amenities to high-flyers; these include a secure ramp for private charters, an array of shopping and dining destinations and luxurious lounges.

Private Jet Charter to and from Logan International Airport

And, despite it being busy and fast growing, Boston Logan International Airport users had a shorter wait time getting through security than any other airport in the United States. That earned it the title of TSA Airport of the Year in 2018.

And, despite it being busy, fast growing and having short TSA wait lines, Logan discovered a record number of guns trying to be taken through security, the TSA said.

Although none of that really matters to passengers flying out of Logan International Airport on private jets – they pass through private security screenings – it’s nice to know they are flying out of a safe airport.

What is the airport code for Logan International Airport?

The ICAO code for Logan International Airport is KBOS and its IATA code is BOS. 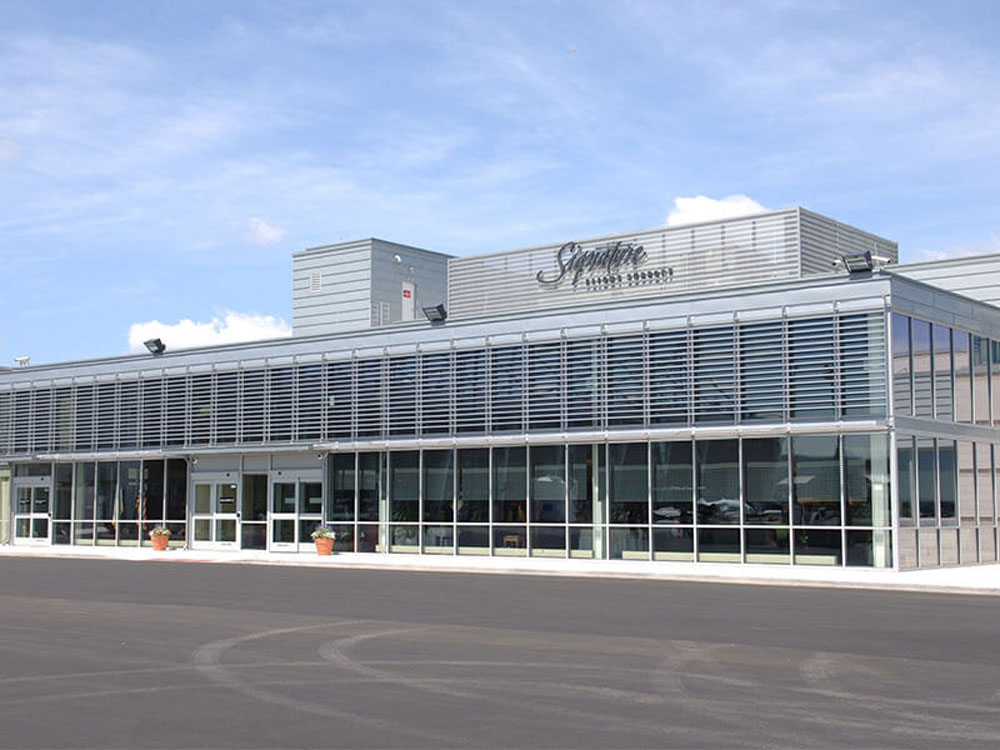 Signature Flight is the lone fixed base operator at Boston Logan International Airport.

Online reviews of Signature-Boston praise its quickness in servicing private jets and getting passengers to waiting limousines. It’s amenities include:

Who is General Edward Lawrence Logan?

East Boston Airport was named after him in 1956 by statehouse lawmakers.

He was the eldest of nine children whose father was president of the Boston Brewing Company.

He went to Harvard University and enlisted in the 9th Irish Regiment of Massachusetts during the Spanish American War. He served stateside while several family members went to Cuba.

During World War I, Logan was the commander of the 101st Infantry regiment of the 26th Yankee Division.

He would later become a politician, serving in the statehouse as a representative and senator. After failing in a bid for a U.S. Congressional seat in 1906, he was appointed a judge in South Boston Municipal Court.

His early and sudden death was attributed to a heart ailment.

Logan International Airport has much to brag about when it comes to its efficiency in getting passengers out of the airport and into the air.

TSA selected BOS as an “Innovation Airport” in 2018. That gives it a chance to pilot more new TSA programs such as its computed tomography scanning system – CAT scans -- at security checkpoints. In addition, BOS is a pioneer in the use of credential authentication technology that determines the validity of a passenger’s identification.

Logan International Airport is the fourth fastest growing airport in North America. Its busiest day ever was April 13, 2018, when TSA screened 75,620 passengers. But, despite the large number of passengers being screened, the average wait time is 9.6 minutes, the best in the nation.

Why come to Logan International?

Hire a private jet to KBOS to see the NBA’s Boston Celtics knock down 3’s.

Charter a private jet to BOS to see the New England Patriots score touchdowns in Gillette Stadium, which is 30 miles southwest of Boston. Even though the stadium is 30 miles from the airport, Logan is still the closest airport.

Hire a private jet to Logan International to get to any of the many elite universities located in or near the Greater Boston Area, including:

The Boston Marathon, the world's largest annual marathon, is always held on Patriots' Day, the third Monday in April.

One of the six World Marathon Majors, more than a half million people come to watch the 20,000 or so runners that participate each year.

Even with all the professional sports teams in the city, this is the most watched annual sporting event in Boston.