Charter a Private Jet to the NHL Winter Classic

The National Hockey League Winter Classic gives fans the opportunity to see hockey the way it was meant to be played – and the way in which they probably played it themselves as kids: Outdoors.

Every NHL team is clamoring for the popular event to be held in its city. Because of that, the venue for the game played on or around New Year’s Day is moved around from year to year.

However, no matter where that Winter Classic puck is dropped, Paramount Business Jets can arrange a charter flight for you into any nearby airport.

The Boston Bruins will take on the Pittsburgh Penguins in the 2023 NHL Winter Classic on Jan. 2 in Fenway Park in Boston, Ma. Paramount Business Jets can arrange a charter flight for you into any of these Boston-area airports:

Booking early has many advantages. Enter a few details below to start planning your private jet flight to the NHL Winter Classic.

The Winter Classic and the All-Star Game are NHL’s biggest showcase events.

The most popular teams with the best players are invited to play in the Winter Classic. It has been promoted as a returning-to-its-roots hockey game, played under all conditions outdoors. Most hockey fans remember slapping a puck around on a pond at some time in their lives. The outdoor setting has proven so popular that other outdoor series have followed, including the Stadium Series and the Centennial Classic. 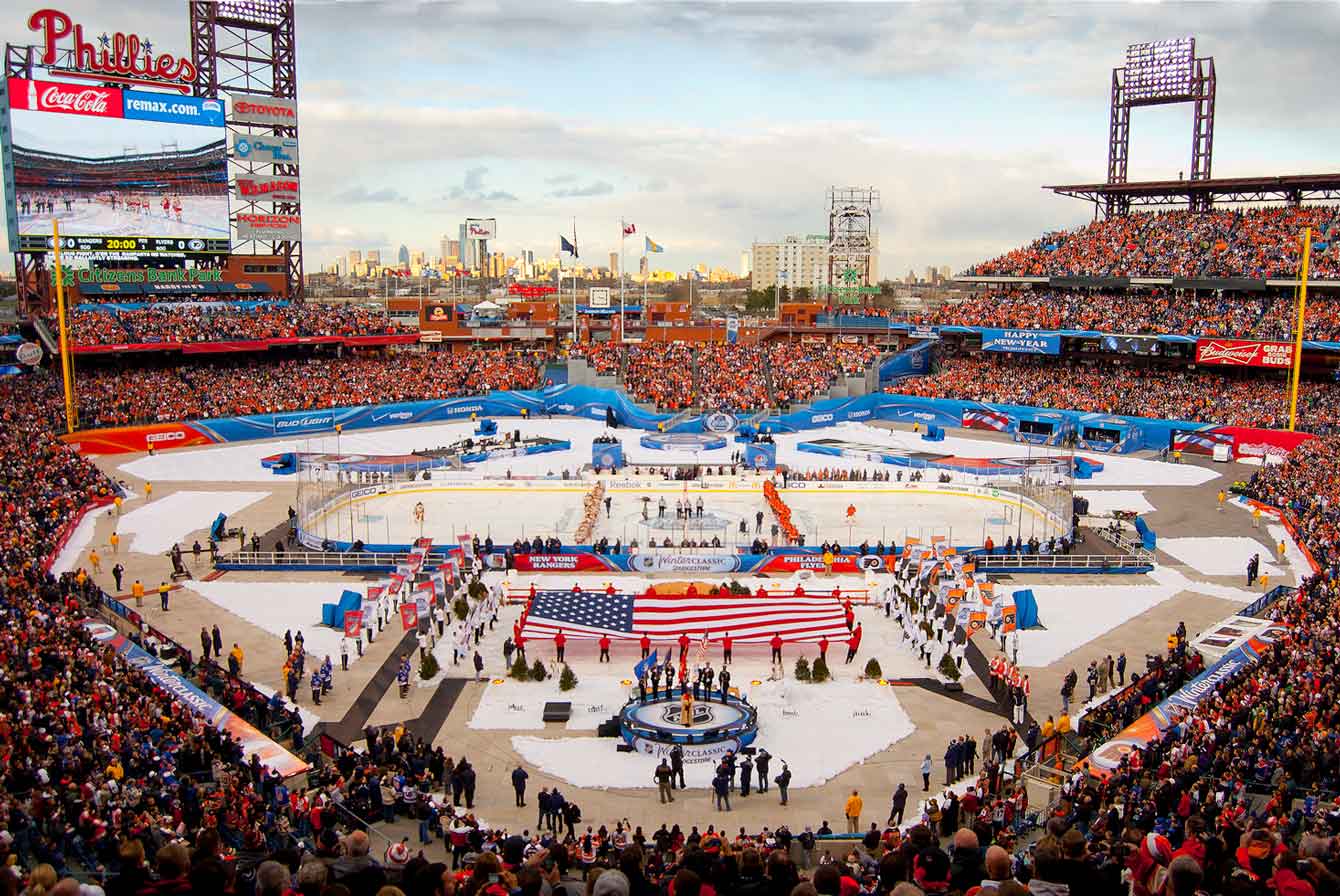 The Winter Classic has only been around since 2008.

In that first game, the Pittsburgh Penguins beat the Buffalo Sabres, 2-1, in Ralph Wilson Stadium, home of the Buffalo Bills.

The visitor was once again the victor as the Detroit Red Wings beat the Chicago Blackhawks, 6-4, as more than 40,000 fans watched in Wrigley Field, home of the Chicago Cubs. While the second Classic didn’t break attendance records, it did break TV ratings for hockey games.

And so, the Classic became truly classic.

It was a then-NHL executive, John Collins, who came up with the idea for the Winter Classic. Collins, who was an executive with the National Football League before joining the hockey league, lists introducing the Classic among his lofty career achievements, which include launching the NHL Network.

The elements are taken into account in the outdoor contests. If weather conditions – like high winds or sun glare -- give unfair advantage to one team, the NHL reserves the right to modify the third and overtime periods, allowing for side-switching mid-period. That actually happened in the very first game.

Gary Bettman, who has been the NHL commissioner since 1993, told USA TODAY that every team in the league has asked to be considered to host the Winter Classic.

Trying to include every team as well as trying to make the game a matchup between two popular teams isn’t easy, he said. But, he has no reservations about its future.

“There is almost an insatiable appetite for these games. These games are on our schedule as we are projecting years out,” he told the newspaper.

“We look for matchups and locations that will have maximum appeal on New Year’s Day without trying to overdo it with certain clubs and certain locations, he said.