Charter a Private Jet to the Emmy Awards

In the mid-1940s when the founding fathers of the Television Academy decided to honor the best shows and stars in the new medium of television, they wrestled with what to call the awards they would give out.

Sid Cassyd, the first president of the Academy, suggested “Ike,” the nickname for an iconoscope, the tube that captured images in the earliest video cameras.

Then Henry Lubcke, who would become the academy’s third president, suggested “Immy,” the nickname for the image-orthicon camera tube, another device used to record video.

Sounded good to academy members. That would work... except the statuettes, already in the works, were women. So, they feminized it a bit to “Emmy” to match the awards’ design: a winged woman holding an atom. The wings made her a muse of the arts and the atom she holds represents the modern technology of television.

If you’re lucky enough to have a ticket to the Emmy Awards, Paramount Business Jets can arrange a flight that will make you feel as glamorous as the stars you are going to see.

If you’re lucky enough to have a ticket to the Emmy Awards, Paramount Business Jets can arrange a flight that will make you feel as glamorous as the stars you are going to see.

Paramount can arrange to fly you into any airport in the Los Angeles area, where the awards have been held in late summer or early fall since the 1970s.

Booking early has many advantages. Enter a few details below to start planning your private jet flight to the Emmy Awards.

In 1946, when the Television Academy first met in Los Angeles, a mere 50,000 U.S. homes had televisions. By 2014, when the 66th Emmy Awards show was broadcast, some 116 million homes had televisions. In between, the Television Academy had some tumultuous years as professionals on the East Coast, wanting a piece of the action, duked it out with TV professionals on the West Coast.

In 1955, Ed Sullivan led the formation of a New York Television Academy, but it was short-lived.

A couple of years later, the two merged into the National Academy of Television Arts and Sciences and, for some 15 years, award shows were held in both New York and Los Angeles. That ended in 1971 when the combined awards were held at the Pantages Theatre in Hollywood. 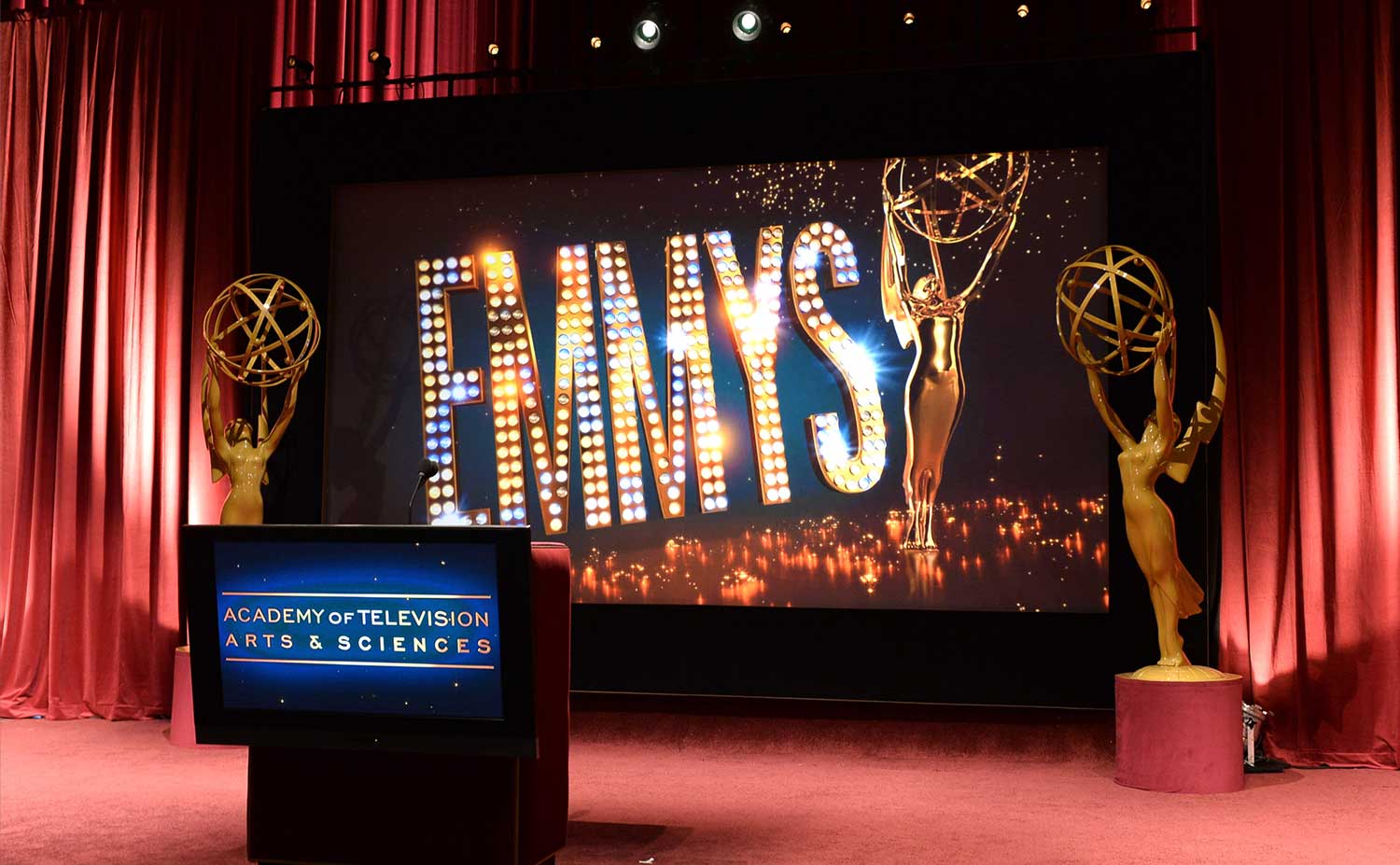 Some interesting facts about those top TV prizes: