Honda's new revolutionary business jet, the HA-420 HondaJet, boasts the fastest cruise speed and the longest range in its class. Due to uniquely placed, over-the-wing engines, the HondaJet's roomy cabin has the capability of seating four passengers comfortably while featuring an enclosed lavatory, power window shades and several storage compartments about the cabin.

Honda's new revolutionary business jet, the HA-420 HondaJet, boasts the fastest cruise speed and the longest range in its class. Due to uniquely placed, over-the-wing engines, the HondaJet's roomy cabin has the capability of seating four passengers comfortably while featuring an enclosed lavatory, power window shades and several storage compartments about the cabin. 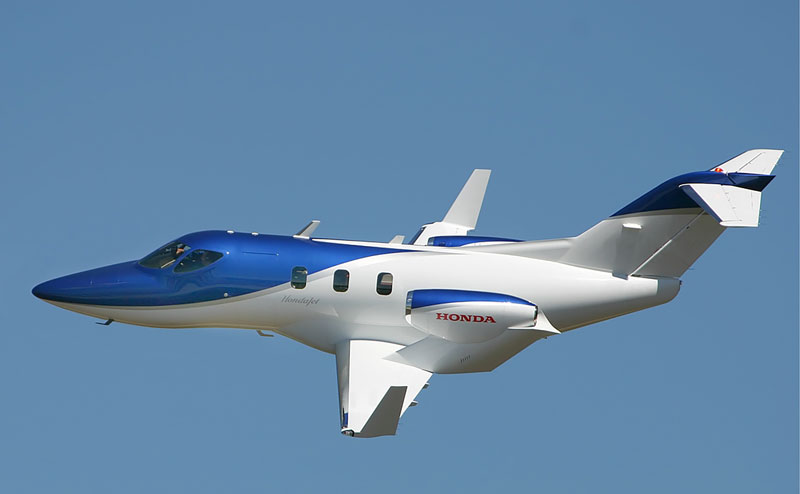 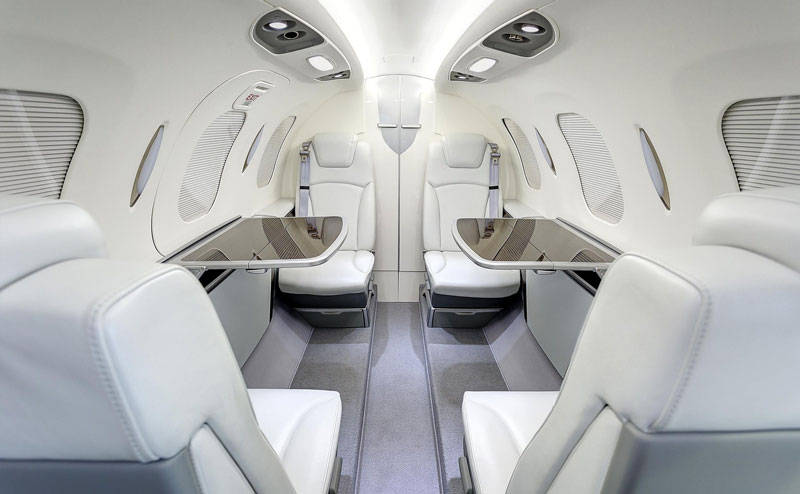 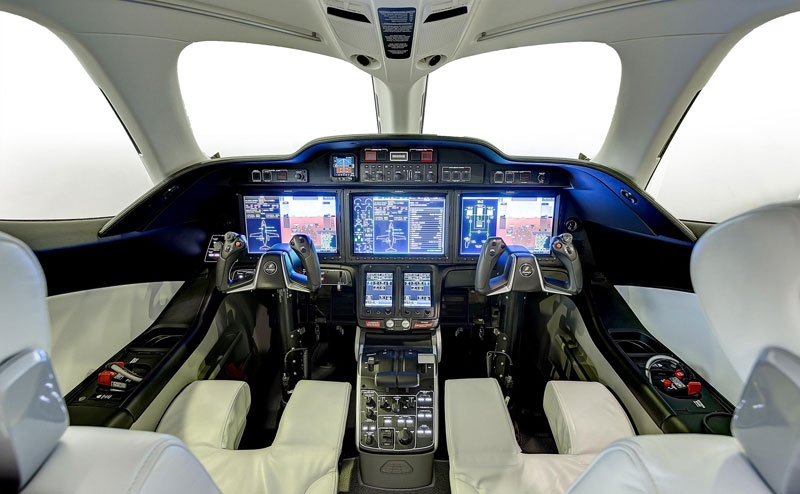 The average hourly rental rate of the Hondajet is around 2,500 USD per hour.

More about the Hondajet

Honda. They’re synonymous with F1 success, reliable manufacturing, and are a household name when it comes to automobiles, but that could all be about to change. Private aviation can provide fruitful returns for companies that get it right. Honda are very interested.

The HA-420 HondaJet is the company’s first venture into the aviation game. In reality, the blueprints have been in the works for decades. Honda President and CEO Michimasa Fujino first dipped his toe into the sector back in 1986, when Honda’s aircraft program was just taking off.

By the 1990s preliminary designs were already taking shape, but it wouldn’t be until 2006 that the Honda Aircraft branch was fully established, allowing progress to ramp up rapidly. Four years later in 2010, the first HondaJet prototype enjoyed its inaugural flight, and in December 2015 the HondaJet got the official FAA seal of approval. Mr. Fujino labeled the aircraft’s FAA type certificate the “crystal of sweat and tears” at a recent ceremony, signifying just how much he has personally invested in the project.

Key Features of the Hondajet

It’s clear that the project means an awful lot to Mr. Fujino and the company as a whole, having invested decades into its production. But how does it measure up now that it’s finally completed?

Looking at the design of the HA-420 itself, one of the most standout aspects is the over-wing engine mount. Perhaps this is a design born of a lifetime of producing cars, where every pocket of space is vital. However it came to be, the design is a winner, freeing up space in the cabin in lieu of the usual mounting reinforcements that force their way in. Because of this, baggage room is plentiful in the rear locker though if you and your passengers pack heavily there is still an additional locker.

The over-wing engine mount frees up space in the cabin.

Tackling the question of how the placement of the engines could have a negative impact on the aircraft’s performance, CEO Michimasa Fujino had this to say:

“When I started designing the high-speed HondaJet, I tried to create the best over-the-wing engine-mount configuration which minimizes drag at high speed and also minimizes lift loss. After I conducted extensive analyses and testing, I found the optimum location of engines relative to the wing, which gives higher efficiency than that of a conventional configuration by employing the new concept of favorable interference. As a result, HondaJet’s optimum over-the-wing engine mount configuration actually achieves lower drag and higher efficiency at high speed.”

Capabilities of the Hondajet

But what about the engines themselves? As you’d expect with a company like Honda making their own aircraft, everything that can be done in-house has been, with the two GE Honda Aero HF120 turbofan engines powering the aircraft. Each is capable of producing just shy of 2,000 lbs of thrust, giving it plenty of power. Despite this, pilots will barely even register when the engines fire up; the ANR headphones in the pilot’s cabin render them inaudible.

On the subject of pilots, the Honda HA-420 has certainly been designed with fliers in mind, and not just in the obvious ways. It’s single-pilot certified, which makes a huge difference for many business jet owners, but the finer touches start much smaller than that. The high-quality leather that helps passengers up the stairs and the exterior latches for luggage open incredibly smoothly; tiny aspects which many who don’t fly frequently would hardly register, but all of which appear to have been considered by the design team at Honda.

Often less is more, and Honda appears to have adopted this mantra with their three Garmin G3000 screens which take up the lion’s share of the cockpit’s panel. Perfectly fitting for the modern era, the G3000 system can do very much with very little instruction. There are multiple touchscreen pads giving control to more than one pilot if you’re not riding alone, but one person is more than capable of taking the reins.

To anybody who feels this has come out of the blue, this couldn’t be further from the truth. Not only has the company been busy designing the aircraft for several decades, but they continue to have a long-term future plan in all aspects of transportation, according to Fujino:

“Many of the board members were skeptical about the airplane project, but traditionally the president of Honda Motor comes from an engineering background, and Honda is the kind of company that understands the product very well. Many Western companies are run by financial people. But in Honda’s case, the substance of the business is to build the best product and to sell with honesty or to sell with quality.”

“That is the kind of circumstance of the business. And, from such point, the president thinks we have to explore more long-term markets. Of course, Honda’s looking at 3 years [out] and 5 years [out]. But we’re also looking at 10 years and 20 years as well. They just don’t concentrate on 3 years or 5 years only. Very few but some in management still have a very big picture. There are some broad-thinking people. They have a very good balance between a short-term business and a long-term business.”

With early reaction to the HA-420 largely positive, it would appear that Honda’s bold gamble to move in a new direction could well pay off.

Back to all VLJ Jets