The Challenger 650 is the updated version of the Challenger 605, with redesigned cabin interiors, an increase in takeoff thrust, and increased range.

The Challenger 650 is the updated version of the Challenger 605, with redesigned cabin interiors, an increase in takeoff thrust, and increased range. 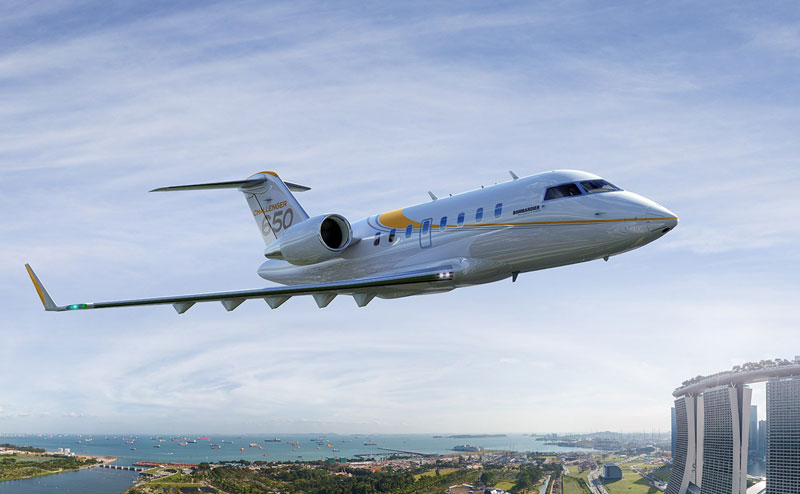 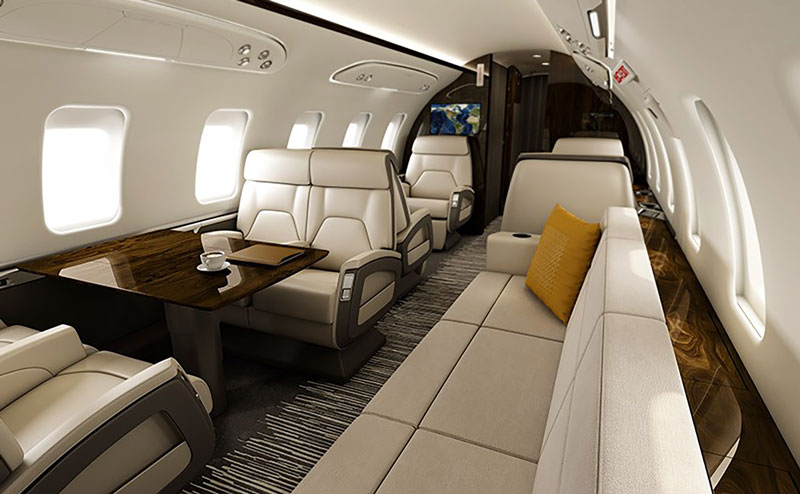 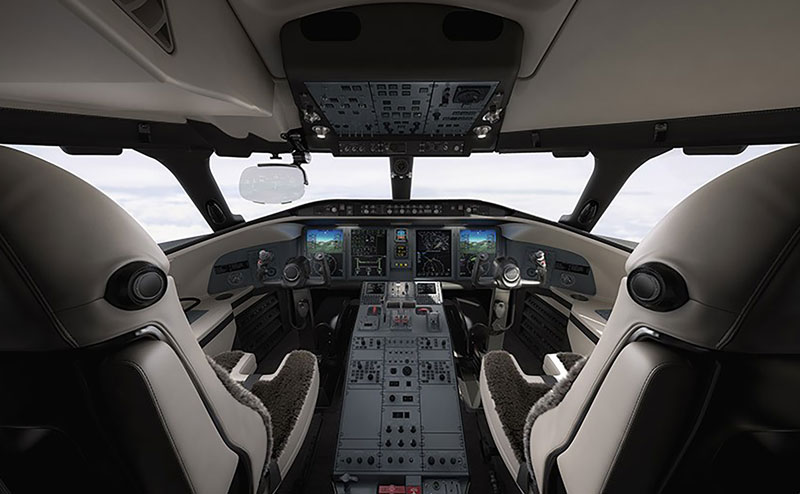 The average hourly rental rate of the Challenger 650 is around 10,900 USD per hour.

More about the Challenger 650

Since its acquisition of Canadair in 1986, Bombardier has long been a leader in the aviation industry. The original design of the Challenger was a massive success, and Bombardier have stuck to the age-old principle that "if it ain’t broke, don’t fix it". Instead, what the multinational aerospace company did, was update and modify the existing design to create a new yet familiar model. The Challenger 604 was the “best-selling model in the heavy-iron category”. Its successor, the Bombardier Challenger 605, upgraded all aspects of cabin comfort, improved the interface for the pilot, and could carry an additional 200 lbs thanks to improved weight distribution. It became the best-selling model in the midsize category of business jets. Naturally, the unveiling of the Challenger 650 was also met with excitement.

The unveiling of the Challenger 650 was met with excitement. Picture Source

The US leads the market in business aviation, and Bombardier leads the business sector with many customs driven via the US, so it is no surprise that the Challenger 650 is set to redefine luxury business travel once more. As has been the case with the Challenger series to date, Bombardier has once again stuck to the tried and tested model and created additional benefits around it. They have listened carefully to their customers’ desires and delivered a product that will satisfy them.

“I can’t wait for you to see it. I think it reflects everything that an airplane should be today. The seats are bigger and the galley is better suited for servicing passengers. The engines have more thrust. The performance is better.” – John Travolta.

The Challenger 650 was revealed at the recent National Business Aviation Conference and Exhibition (NBAA) in Florida. Showcasing the appeal of the line was Hollywood A-lister John Travolta, who himself owns a Challenger and has a private pilot’s license. Travolta gave a speech declaring the Challenger 650 to be a superior upgrade to its predecessor and “everything that an airplane should be” alongside a mock-up of the model.

“I had the privilege to be part of the team that helped develop this aircraft here,” Travolta declared at the talk. “I can’t wait for you to see it. I think it reflects everything that an airplane should be today. The seats are bigger and the galley is better suited for servicing passengers. The engines have more thrust. The performance is better.”

Travolta is not the only advocate of the new aircraft. NetJets, the first-ever private jet charter company, has already placed an order for 25 models with a view to an additional 50, which will take the total number of Challenger aircraft over the 1,000 model mark. Clearly, the quality of the Challenger series and their ability to deliver time and time again has proved an alluring prospect to investors.

“The proven reliability of the Challenger 605 series played a significant role in our decision to order Challenger 650 aircraft,” Suma claimed. “This new aircraft, with its enhanced performance capabilities, cutting-edge interior design and the lowest direct operating costs in its class, will be a great addition to our fleet.

Key Features of the Challenger 650

The heavily acclaimed Challenger line has been very successful, and the Challenger 650 is no different. The GE engines have been fine tuned to offer a plethora of small, but important improvements; shorter take-offs, faster thrust, and an increased payload. Simple yet effective. A near-7,500 km capability ensures non-stop flights on routes such as New York to London for convenient, hassle-free transportation.

Cabin seats have been completely redesigned to offer a superior level of comfort, including a four-place divan, complemented by an advanced Cabin Management System. Picture Source.

Cabin comfort has always been a focal point for the Challenger series, particularly given its focus on the private business jet aviation sector. The Bombardier Challenger 650 does not fail to deliver on the standards set by its predecessors. Cabin seats have been completely redesigned to offer a greater level of comfort, including a four-place divan, complemented by an advanced Cabin Management System. Catering for the business sector naturally means that the aircraft is equipped with a host of technological accessories and systems to make the most of the time between destinations. Audio videos on demand, Bluetooth integration, and the industry’s largest-in-class HD monitors ensure that business can be attended to on the move in an aesthetically pleasing and convenient manner.

Capabilities of the Challenger 650

Behind-the-scenes, pilots will enjoy an improved interface that will allow even better and safer flights than ever before. A MultiScan weather radar, lightning detection system, high-tech Flight Management Computer, and Synthetic Vision System give the pilot complete control over every aspect of the flight and its projector, leaving passengers to relax in the newly-improved luxurious cabin space.

Keeping up with this level of constant innovation is of utmost importance to Eric Martel, President of Bombardier Aircraft. “We’re leaders, so people are gunning for us, either to imitate us or to play catch-up to us,” said Martel in a recent interview. “So it’s up to us to be more vigilant to ensure our leadership strategy works.”

There seems to be no shortage of plaudits for the Challenger 650. Picture Source.

And it does work indeed. Bombardier has long set the benchmark in the business jet aviation sector and the Challenger 650 looks set to be the latest in a long line of successful models. Even at their presentation at the NBAA indicated their adeptness in innovation. Aside from enlisting a celebrity (John Travolta) to be a spokesperson at the launch, future clients could explore the new Bombardier hands on. A custom-designed room was exhibited to recreate the feel of being aboard the Challenger 650. Every minute detail had been considered, from the unmistakable scent of fresh leather to the comforting and subtle rumblings underfoot.

Back to all Large Jets