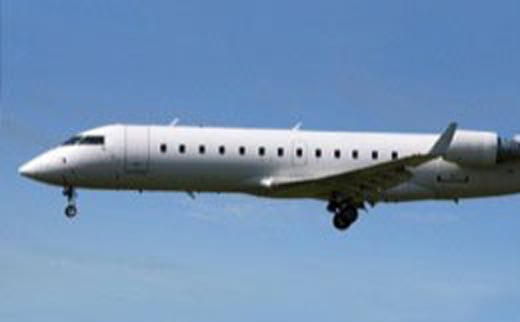 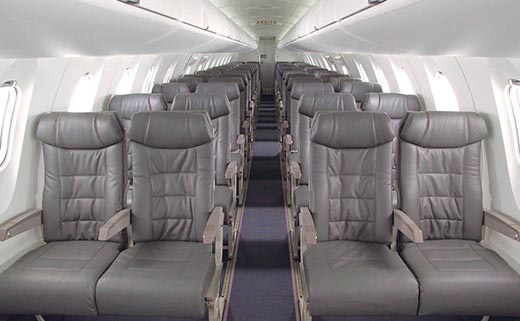 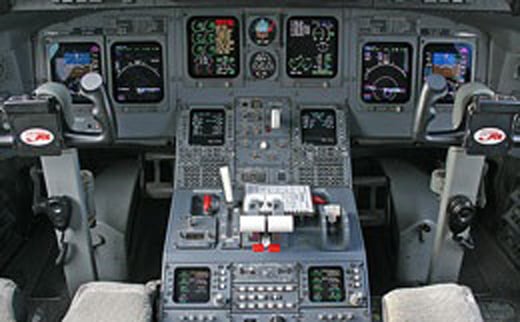 The average hourly rental rate of the Bombardier CRJ-200 is around 18,600 USD per hour.

More about the Bombardier CRJ-200

Bombardier's CRJ200 is a 50-seat regional jet that until recently, was quite commonly utilized around the world. Partially a result of rising fuel prices across the globe, many 50-seat regional jets are being offloaded by major US carriers. However, some aircraft companies have taken advantage of this lucrative opportunity. Dozens of parked CRJ200s which have been found to be in good condition have been repurposed to serve as more comfortable and increasingly economical corporate jets. Although Bombardier has introduced its own official conversion of the CRJ200, the Challenger 850, several other companies such as Flying Colours Corp. have begun offering their own corporate conversions of the CRJ200. Offering large-cabin business solutions rather than the high-density seating arrangements of the original CRJ200, these conversions offer more practical and spacious solutions for private travelers. This trend has been hugely successful as a whole considering that the vast majority of parked CRJ200's are now back on the market in their newly augmented forms.

Key Features of the Bombardier CRJ-200

A new, more advanced, and luxurious conversion based on the CRJ200's airframe, the ExecLiner, is continually being developed by Canada's Flying Colours to incorporate more modern and luxurious interior enhancements. Cabin augmentations include a plethora of attractive cabin improvements such as a forward lavatory, rear VIP lavatory, and an onboard shower. An aft cabin will feature sleeping accommodations in the form of a pivoting bed that can be stored when not in use. Among the more interesting features on the agenda is an integrated smoke extraction system specifically designed by Flying Colours to eliminate residual cigar smoke from the interior cabin mid-flight. These alluring interior improvements combined with state-of-the-art cockpit enhancements, such as an Elbit systems HUD and Infra-Red Vision System, create a head-turning conversion package that has never before been imagined in a CRJ. The possibilities are limitless for these extraordinary modern conversions and in coming years, they will offer increasingly attractive options for private travelers.

Capabilities of the Bombardier CRJ-200

The benefits of taking former regional airliners and utilizing them as business jets are innumerable as every positive aspect of these aircraft is equally valuable for private use. Firstly, the aircraft's airline heritage naturally lends a streamlined focus on safety and reliability. Therefore, any conversions and augmentations performed on the repurposed CRJ200s are built upon a solid foundation of reliable, time-tested machinery. Secondly, it is important for any high passenger density airliner to be easily maintained. As a result, the maintenance requirements of these aircraft have been designed to be as straightforward and fluid as possible. Thirdly, the necessary financial investment in these CRJ200 conversions is relatively low in terms of both acquisition costs and operating costs. This in itself provides valuable opportunities for all parties involved including the owners, operators, and in turn, the private traveler. The big picture? CRJ200 conversions are an attractive option with definitively high value for private travelers, corporate execs, and VIPs.