The shortest-fuselage version of the Airbus A340 series, the Airbus 340-200 is a four-engine wide body airliner, designed for long-range flights. The Airbus A340-200, carrying 261 passengers in its three-class cabin layout, has a range of 7,450 nm, while in its 239 seat configuration; it incorporates a range of up to 8,000 nm.

The shortest-fuselage version of the Airbus A340 series, the Airbus 340-200 is a four-engine wide body airliner, designed for long-range flights. The Airbus A340-200, carrying 261 passengers in its three-class cabin layout, has a range of 7,450 nm, while in its 239 seat configuration; it incorporates a range of up to 8,000 nm. 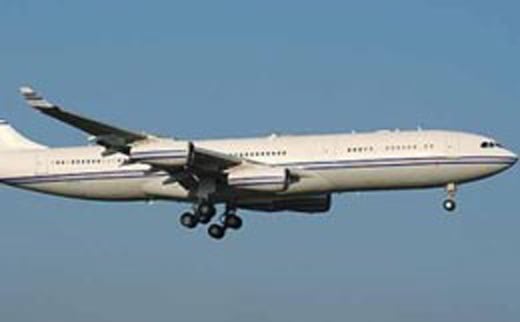 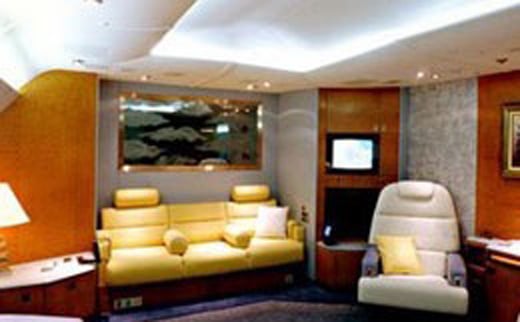 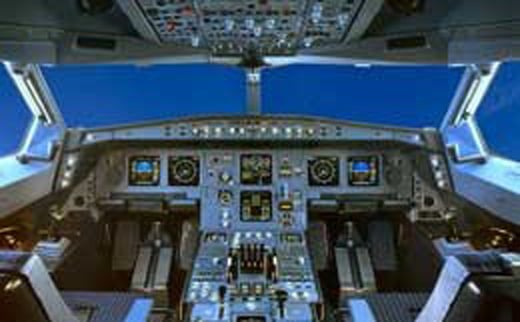 The average hourly rental rate of the Airbus ACJ340 is around 30,950 USD per hour.

More about the Airbus ACJ340

The four-engine A340 was launched alongside the twin-engine A330 in June 1987 at the Paris Airshow. It entered service in January 1993 and since then has become known as the flagship of the Airbus line. The first VIP version of the A340 was delivered in 2006 and has since become an in-demand configuration. In 2011, the VIP version of the A340 was rebranded as the ACJ340. Acknowledging the VIP potential of their airliners, Airbus has been actively marketing their aircraft as ideal options for government heads of state, corporate executives, and wealthy private owners. Since the A340's are also used as standard airliners, many individual units can be seamlessly integrated into private ownership and VIP charter. This process brings along several benefits including ease of service support and the ability to remain inconspicuous at major travel hubs. As a result, lucrative possibilities are opening for private owners who are looking towards units coming off of commercial airline duties due to the fact that brand new units are incredibly expensive and take a significant amount of time to procure.

Key Features of the Airbus ACJ340

The ACJ340 currently comes in three different derivative versions each with different strengths, engines and by extension, maximum ranges and passenger capacity. The ACJ340-300 can comfortably transport 75 passengers over 7,700 nautical miles. The ACJ340-500 utilizes four Rolls-Royce Trent 500 engines and has a maximum range of an astounding 10,000 nautical miles. Finally, the ACJ340-600 has a maximum passenger capacity of 100 and can transport 25 passengers and six crewmembers over 9,000 nautical miles. The dash 600 version is the most popular for VIP use primarily for its incredible range with the standard 25 person seating. The core principle behind the ACJ340's strength and popularity is its sheer versatility and dynamic handling of virtually any mission. As with other Airbus models, the ACJ340 has countless operating hours logged as a testament to its reliability and popularity. For those looking for entirely open options and endless configuration possibilities, the ACJ340 is definitively one of the most attractive options available in today's market.

Capabilities of the Airbus ACJ340

There are over 20 individual ACJ340's currently being used for VIP operations. Not surprisingly, many of the ACJ340's in operation for government, corporate, or private use are in the Middle East, although several are also routinely in operation in Europe. Regardless of the intended purpose, the ACJ340 can accommodate virtually any need. Its impressive dimensions boast 177' 2" cabin length, 17' 4" cabin width, and 7' 11" cabin height. This abundance of space gives owners and designers plenty of freedom when configuring and outfitting the interior cabin with desired features, layouts, and amenities. Its 5,000 cubic feet of storage space can potentially accommodate vehicles and other large cargo items. It can fly anywhere in the world with 25 passengers and six crewmembers, which makes the model an incredibly diverse and versatile option for executive charter. Although this VIP airliner can potentially carry up to 400 passengers, it can very comfortably transport 75 over long distances. With huge capacity for both passengers and cargo, the ACJ340 is an excellent option for large-scale intercontinental VIP travel.