In 1941 at the first Miami Boat Show, visitors got to see 50 boats gathered under one tent.

Seventy five years later, the annual Miami show – which changed its name in 2015 from the Yacht and Brokerage Show to Yachts Miami Beach – over five days every February features more than 1,200 boats for visitors to see on land and on water.

Miami Beach has always been the place for yacht owners and yacht dreamers to see the most luxurious boats from all over the world. Yachts are big business in South Florida where, according to the Marine Industries Association, more than 130,000 jobs are tied to its $11.5 billion recreational boating industry.

Whether you own a yacht, operate a yacht or just want to check them out, Paramount Business Jets can arrange a charter flight for you into any nearby airport, including these:

Booking early has many advantages. Enter a few details below to start planning your private jet flight to the Yachts Miami Beach. 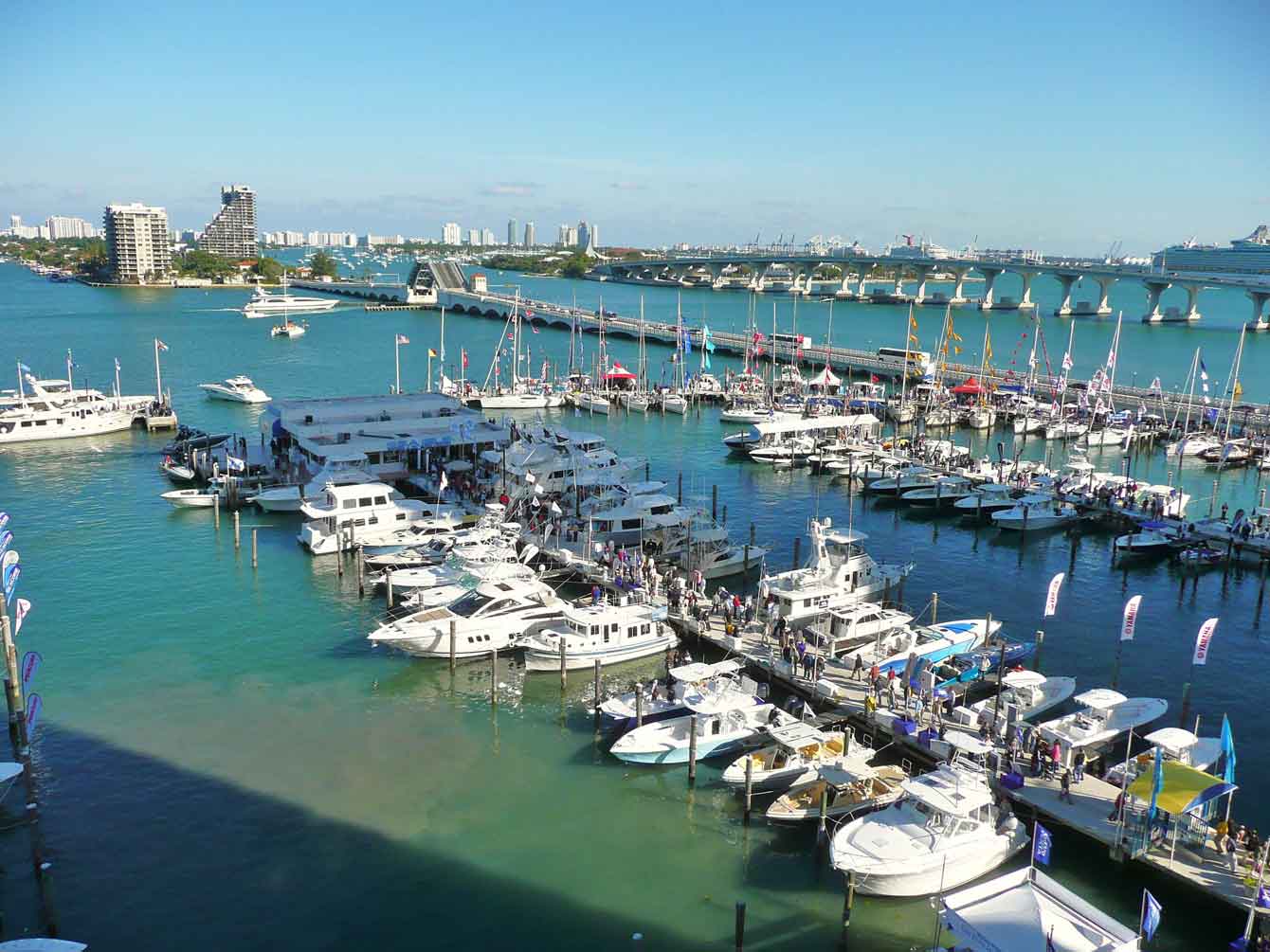 Water taxis ferry visitors to and around the show, including the Indian Creek Waterway where 500 yachts worth billions of dollars line up along a mile-long stretch.

There is a deep-water basin at the nearby Island Garden Marina that will accommodate the largest of the superyachts.

And, it’s not just boats; it’s boat toys, too. There is also almost 14 acres of exhibitor space where boat owners and lovers can buy anything boat related, including accessories, engines, electronics, gifts, clothing and services. Workshops, seminars and demonstrations are also available on a variety of boat topics.

Each year brings different surprises, such as 2016’s showcase of historical boats, including the celebrity boat from “Miami Vice” and the sister ship of the one belonging to Ernest Hemingway.

Hungry? No need to leave the show. Organizers tout the food selections and beverage selections – such as a beer garden, wine bar and pig roast – as not your average hot-dog-and-popcorn convention food.

If it’s sailboats you are interested in, there is a Strictly Sail Miami portion of the show that features more than 100 sailboats. Guests can attend dozens of sailing seminars and buy sailing gear.

Yachts Miami Beach runs at the same time as the separately owned and operated Miami International Boat Show, which moved in 2016 from Key Biscayne to the Miami Marine Stadium Park and Basin. It’s a chance to see two boat shows in one trip.

Things to do in Miami