Charter a Private Jet to the New York Fashion Week

There is no predicting what you’ll see at the semi-annual New York Fashion Weeks, held in February and September in New York City’s trendy West Soho district.

The fall 2016 show reflected what the country was talking about – the upcoming presidential election – with graphic tees and dresses coming down the runway emblazoned with words such as "I'm With Her."

If you’d like to join the fashionistas, including editors, bloggers, designers and street-stylers, Paramount Business Jets can arrange a charter flight for you into any nearby New York City airport, including:

Booking early has many advantages. Enter a few details below to start planning your private jet flight to the New York Fashion Week.

New York is one of the big four cities – it joins Paris, London, and Milan – that hold semi-annual runway events (Spring/Summer and Autumn/Winter) to unveil international collections to buyers, the press and the public. They each last seven to nine days.

Until 1993, the show was called “Press Week”, a name reflecting the show’s target audience. The event was started in 1943 and helped propel U.S. clothing designers into the ranks of those from Paris or other cities known for fashion. 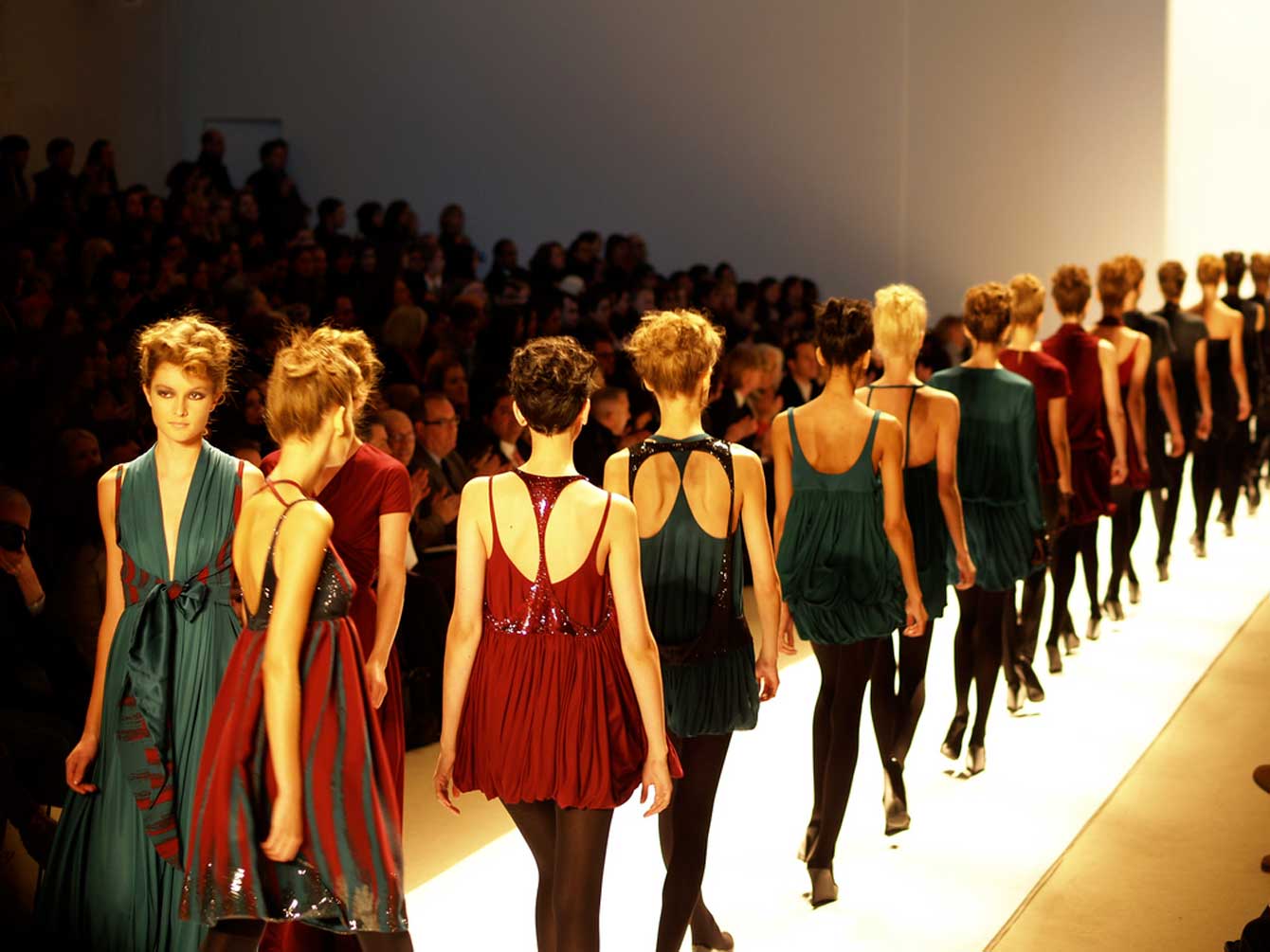 Tickets to the runway shows are tough to get without insider connections, but there are plenty of other events to see that will make you feel like a fashion insider.

And, if you fall in love with any of the outfits, you may be able to buy the designer originals right off the runway. Many designers offer viewers a chance to buy their fashions.

And, there is also the chance to see the latest in hair, nails, and makeup. Experts are flown in to ready every model for the runway

Those super-model figures are sharing the runway with the bodies of regular people.

Many designers are displaying their lines on friends or celebrities like Whoopi Goldberg instead of models. You’ll see fashions on pregnant women, women with curves and wheelchair users.

And, at the 2016 September show, model Lauren Hutton took to the runway at age 72, proving that beauty is ageless.

The shows are also becoming much more than simply walks down the runway. Tommy Hilfiger turned the runway into a carnival pier for his show. Dolce and Gabanna hosted a dance party finale. Rufus Wainwright performed for an unveiling of the Michael Kors collection.

Things To Do During Fashion Week