Charter a Private Jet to the Goodwood Festival of Speed

The Goodwood Festival of Speed is a garden party for car lovers held on one of England’s most fabulous estates, that of Charles Gordon-Lennox, Earl of March.

If you’d like to be among the 150,000 who gather for the four-day festival showcasing the most rare and glamorous cars in the world, Paramount Business Jets can arrange a charter flight for you into any airport near Chichester, West Sussex, including:

Booking early has many advantages. Enter a few details below to start planning your private jet flight to the Goodwood Festival of Speed.

Race Up a Driveway

It’s hard to believe that a one-mile race up the driveway of an earl would be so exciting – but it is.

The Goodwood Estate has been known for racing since the 1940s when cars still raced around its circuit. The track had been dormant for 30 years when, in 1993, Lord March tried to resurrect racing there. Neighbors wouldn’t hear of it, so he changed his plans.

Instead of using the circuit, he would use his mile-long winding, uphill driveway containing nine turns. The fastest, rarest and most popular cars would race up the hill, spectators watching unabated by gates, fences, or barriers.

It began as a small event with some classic cars and a modest crowd. Today, attendance has to be capped at 150,000 because so many spectators want to attend to see nearly every automaker’s newest and best cars and equipment.

While the main event of the festival is the Hillclimb, there is much to do and see beyond it. The rare and priceless cars that participate in the Hillclimb are then parked in an area where guests can see them up close. They are called “Motorsport’s Game-Changers.”

Race-goers can also get up close and personal with the owners of the cars, which include Formula 1 and Moto GP cars and champions, supercars, bikes, and heritage cars. Organizers say no other racing event offers such unrestricted access to the cars and their drivers. 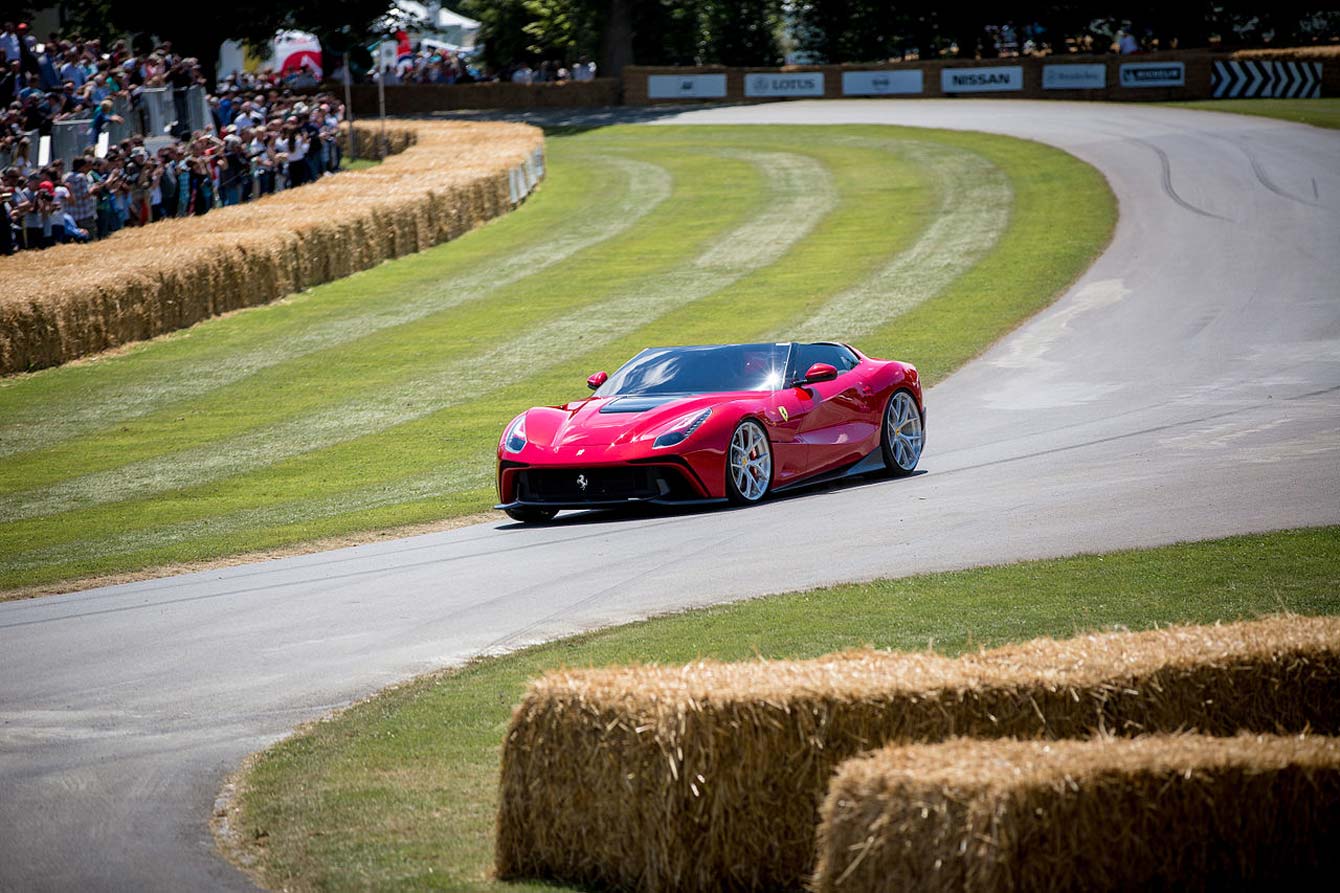 There is a lot of history behind the 1993 restarting of racing at the Goodwood Estate.

The grounds are located in Chichester in the South Downs. They are used as grazing land for livestock on the farm when the race isn’t going on.

In addition to the 4,000-acre organic farm, the 12,000-acre Goodwood Estate includes: Goodwood Racecourse, two 18-hole golf courses, the Goodwood Aerodrome and Flying School, a 91-room hotel and the headquarters of Rolls-Royce Motor Cars. More than 550 people work at Goodwood, which has almost a million visitors a year.

Freddie March, the 9th Duke of Richmond, hosted a Hillclimb for the Lancia Car Club in 1936.

The resurrected race is run on the same stretch of driveway. Although it is the same as the first race in a lot of ways, it is much bigger and more illustrious. It’s become known worldwide and sells out every year.

Spectators can stand on terraces or grass to watch the Hillclimb or buy tickets to grandstands. There are also giant screens showing the race live that are scattered around for viewers to watch.

Details of the four-day festival of speed include:

Check out what makes the Goodwood Festival of Speed a one-of-a-kind, can’t-miss car show here.