Charter a Private Jet to the F1 Canadian Grand Prix

If you’d like to be among the half million people who converge on the island in the river where the race is held and the big party that goes along with it, Paramount Business Jets can arrange a charter flight for you into any nearby airport, including:

Booking early has many advantages. Enter a few details below to start planning your private jet flight to the F1 Canadian Grand Prix.

The Circuit Gilles Villeneuve is located on the man-made Notre Dame Island in the St. Lawrence River in Montreal, Quebec. It is part of Parc Jean-Drapeau, a public park on Notre Dame and Saint Helen’s islands, which were developed for the Expo 67 World’s Fair. Normally, a quiet and peaceful green space enjoyed by joggers and cyclists, it becomes a party place during Grand Prix weekend. 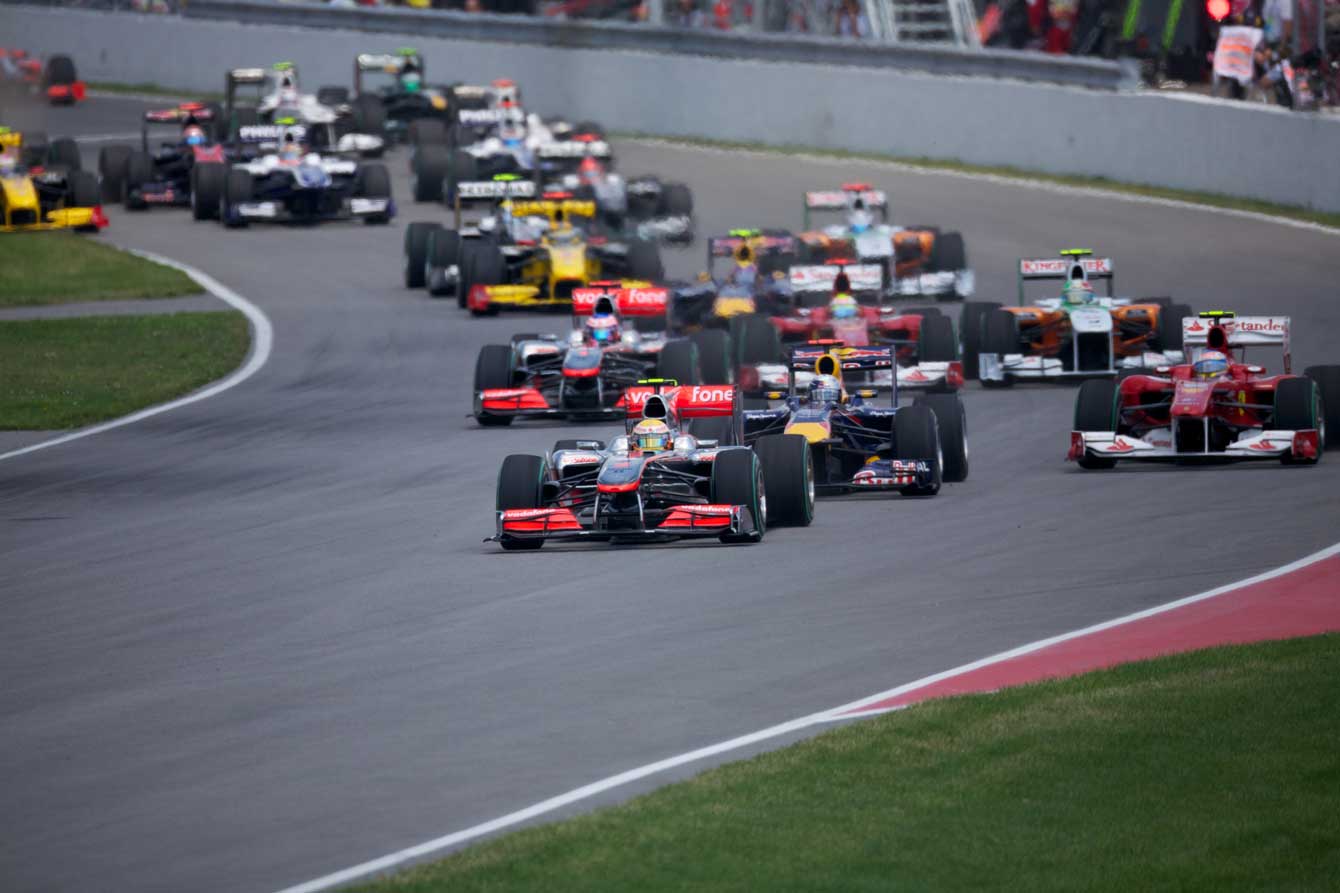 The circuit itself is named after Canada’s best F1 racer, Gilles Villeneuve, who was born 25 miles from Montreal in St-Jean-sur-Richelieu. He had his first career win at the F1 Canadian Grand Prix in 1978, its inaugural year. Villeneuve was killed in a crash in Belgium in 1982.

The circuit holds the record for having the longest Grand Prix. In 2011, the race was suspended for four hours because of torrential rain. When it restarted, the wet pavement forced drivers to struggle to keep their cars pointed in the right direction.

Tips From Your F1 Host

Party Beyond The Track

About 300,000 people come for the race but another 200,000 come just to join in the weekend’s 72 hours of fun. It’s Canada’s top tourist event in terms of money and international media coverage. Visitors from all over the world increase the local economy about $90 million over three days. Unlike other F1 venues, there is never a fear of filling every seat in the grandstands.

Before and after the race, there are many things to see and do in Montreal. You can: