An improvement on the Falcon 900, the Dassault Falcon 900B features more powerful engines, the ability to operate from unprepared strips, and Category II visibility approach clearance. In addition to a full lavatory, the Falcon 900B can service 14 passengers with upgraded range and baggage capacity.

Get a quick Falcon 900B Charter Price Estimate

An improvement on the Falcon 900, the Dassault Falcon 900B features more powerful engines, the ability to operate from unprepared strips, and Category II visibility approach clearance. In addition to a full lavatory, the Falcon 900B can service 14 passengers with upgraded range and baggage capacity. 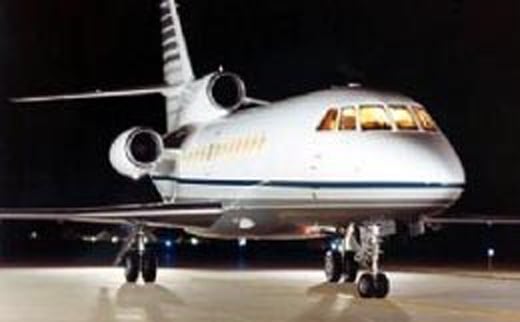 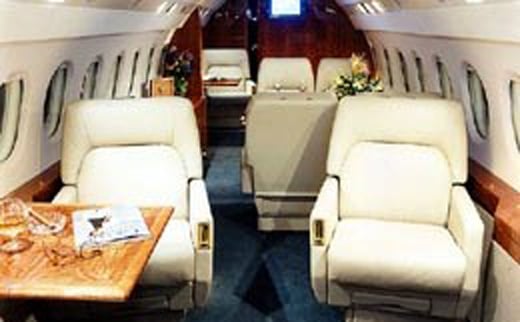 The average hourly rental rate of the Falcon 900B is around 7,200 USD per hour.

More about the Falcon 900B

The Dassault Aviation Corporation constantly strives to maintain their high standards of quality, engineering, and technology. That being said, it is no wonder why they took one of their most successful aircraft, the Falcon 900, and decided to redesign and upgrade the model. The Falcon 900B was introduced and certified in 1992. With upgraded engines, the Falcon 900B offers increased power and performance characteristics. The redesign was so successful, the original Falcon 900s have the capability to be fitted with these upgraded engines.

Key Features of the Falcon 900B

The cabin of the Falcon 900B can be arranged to accommodate eight to twelve passengers in an executive arrangement. The cabin of the Falcon 900B measures 39 feet in length, reaches 6.2 feet in height, and stretches a maximum of 7.7 feet in width with a measurement of 6.3 feet in width at the floor level. Such a spacious cabin is perfect for the intercontinental flights this private jet was designed for, keeping customer comfort in mind. Cabin amenities include a galley and a full sized private lavatory. The Falcon 900B features 127 cubic feet of baggage storage that is capable of accommodating 2,866 pounds of luggage. With a maximum cabin pressure differential of 9.3 psi, the Falcon 900B is capable of maintaining sea level cabin pressure at an altitude of 25,300 feet.

Capabilities of the Falcon 900B

The Falcon 900B comes equipped with three Honeywell TFE731-5BR turbofan engines. Each engine is rated at 4,750 pounds of thrust and have an inspection interval of 4,200 hours. With these upgraded engines, the Falcon 900B features a 5.5 percent increase in takeoff thrust, a two percent increase in thrust specific fuel consumption, and a 6.5 percent increase in thrust at altitude. These increase performance numbers allow for an increase in range, making this private business jet capable of flying 4,582 nautical miles. The Falcon 900B requires only 4,755 feet of runway to take off at sea level on a standard day, or 7,290 feet of runway to take off at an airport with a 5,000-foot elevation. With four passengers, the Falcon 900B needs just 2,360 feet of runway to land. With a maximum certified service ceiling of 51,000 feet, the Falcon 900B is capable of flying well above most aviation traffic. If time is of the essence for your business venture, the Falcon 900B is capable of flying at an airspeed of 474 knots at an altitude of 39,000 feet in a high speed cruise configuration. To utilize the efficiency and range of this private business jet, an airspeed of 426 knots can be maintained at an altitude of 43,000 feet in a long range cruise configuration.